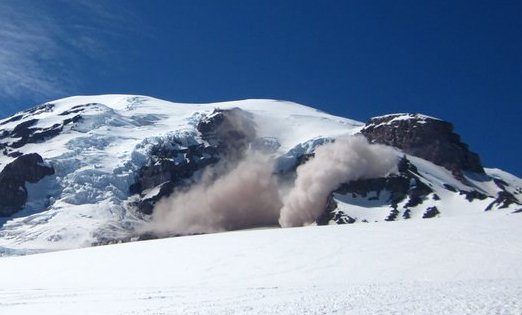 Mountain climbers and bloggers have posted videos on YouTube this week of dangerous rock and ice slides on Mount Rainier.

The blog Mount Rainier Climbing posted a warning to fellow mountaineers on Monday. They recommend climbers avoid the Nisqually Glacier all together, where the slides are occurring. Videos posted on YouTube were taken from Camp Muir, a base camp and rest-stop for climbers headed up the mountain.

Park rangers on Mount Rainier have not closed the area or the mountain yet due to the slides. June, July and August are usually the most popular time for climbers to attempt to summit Mount Rainier because of favorable weather. (King5) 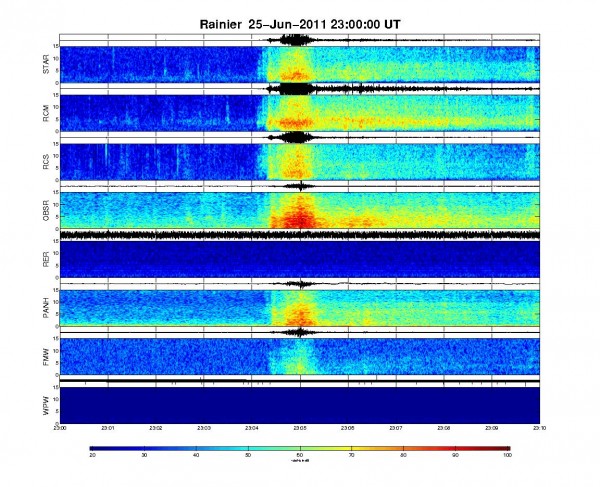 Shortly after the slide occurred, the geologists at the Cascades Volcano Observatory called us and asked us what was up. Below is the seismograph reading during the event. Author of   took this photo from his airplane: 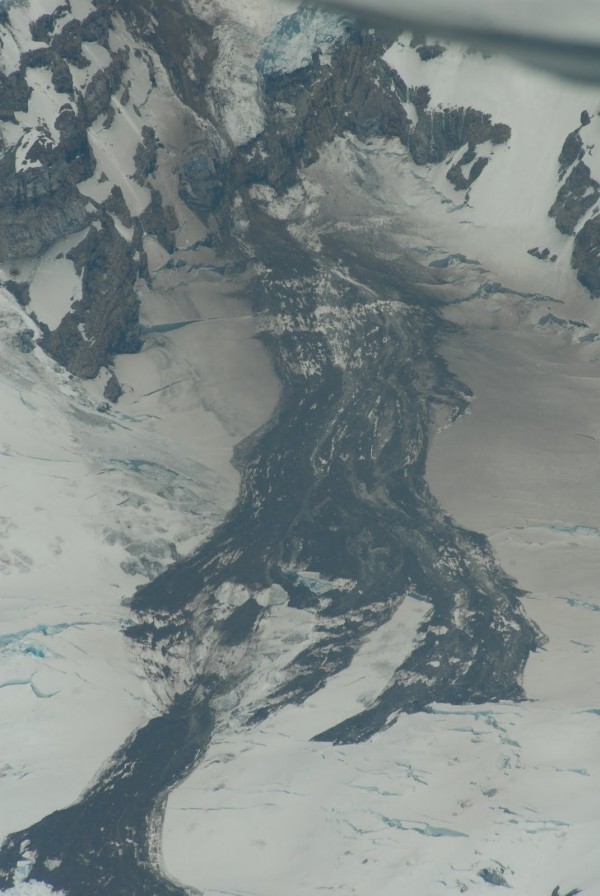 An average of approximately 30 earthquakes occur under Mount Rainier per year, making it the most seismically active volcano in the Cascade Range after Mount St. Helens. Trilateration and tilt networks established on the volcano in 1982 have shown no untoward displacements.

Glaciers are among the most conspicuous and dynamic geologic features on Mount Rainier in Washington State. They erode the volcanic cone and are important sources of streamflow for several rivers, including some that provide water for hydroelectric power and irrigation. Together with perennial snow patches, glaciers cover about 36 square miles of the mountain’s surface, about nine percent of the total park area, and have a volume of about 1 cubic mile. 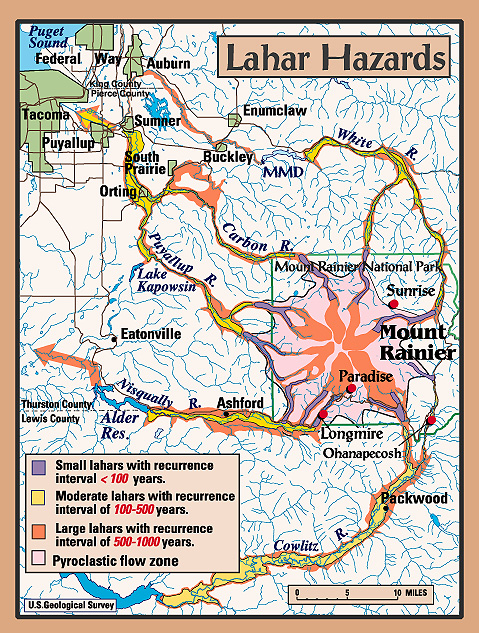 Post-glacial deposits at Mount Rainier are dominated by lahars; over 60 have been identified. Although relations between Holocene tephra and flowage deposits remain speculative, at least some lahars were probably eruption induced, most notably the Paradise lahar and the Osceola Mudflow, which has been dated at 5,040 Carbon-14 years B.P., had a volume >10^9 cubic meters, and a profound geomorphic effect on the Puget Sound shoreline, over 100 kilometers from the mountain. … Wood from buried trees in the Round Pass Mudflow has been dated at 2,600 Carbon-14 years B.P., … the Electron Mudflow has been dated at 530 Carbon-14 years B.P. This lahar, which evidently began as a failure of part of the western edifice, has not been correlated with any eruptive activity at Mount Rainier and may have occurred without precursory eruptive phenomena. .. 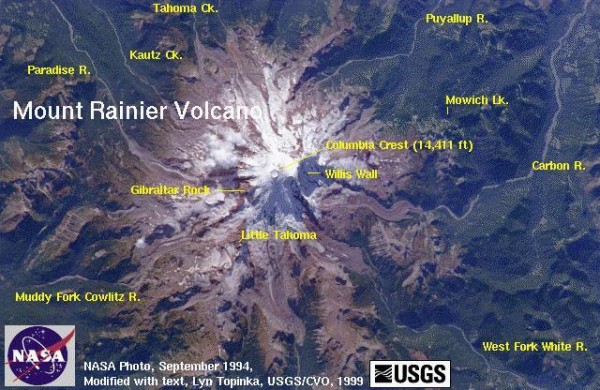 Northwest American Indians knew the mountain long before European explorers reached the waters of the Pacific Ocean. For generations, they knew the mountain as Takhoma, Tahoma, Ta-co-betand several other names. Many of the names mean “big mountain” or “snowy peak,” or “place where the waters begin.” Little Tahoma is the name of prominent rock outcrop on the east side of Mount Rainier. American Indians living both east and west of Mount Rainier traveled to the high mountain valleys each summer and fall to gather berries and hunt deer, goats, elk, and bear. They often camped near berry fields at altitudes between 3,000 feet and 5,000 feet. The forests and meadows around Mount Rainier were important summer hunting and gathering sites for the Nisqually, Puyallup, Upper Cowlitz, Muckleshoot, and Yakama people. (…)