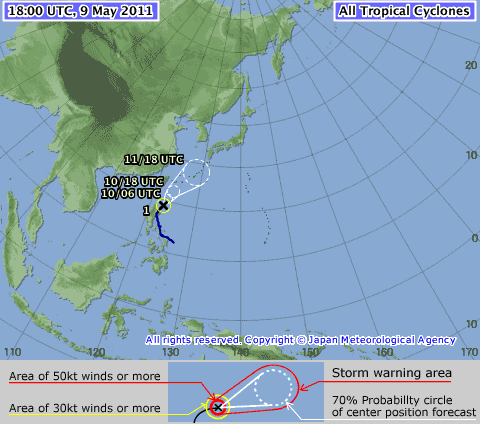 Typhoon season is approaching, and the threat of a tropical storm affecting Japan while the nation is still slowly recovering from the devastating earthquake and tsunami is a big concern. Tropical Storm Aere tracking near Japan later this week will bring soaking rain and gusty winds to a wide area, maybe including the site of the stricken Fukushima nuclear power plant.

Tropical Storm Aere has already hit the Philippines with flooding rain between Friday and Monday, killing 13 people and causing many more to be missing. Flooding has been widespread due to the storm’s impact on the Philippines. 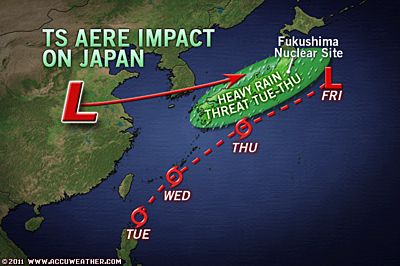 Tuesday through Thursday, tropical moisture streaming northeastward from Tropical Storm Aere will bathe the southern two-thirds of Japan. Then the storm could weaken to an area of low pressure, triggering more heavy rain in most parts of Japan.

The nearest pass of Aere to the nuclear site will happen late Thursday and early Friday, local time, when Aere should be downgraded to a depression. It is expected to be 300 miles east of the Fukushima power plant at its closest point.

Weather impact at the nuclear site will likely entail rainfall of 1 to 2 inches and highest wind gusts of 30 to 40 mph. In the western North Pacific Basin as a whole, typhoons and tropical storms can develop any time of the year, but the period from July through October is normally the most active. 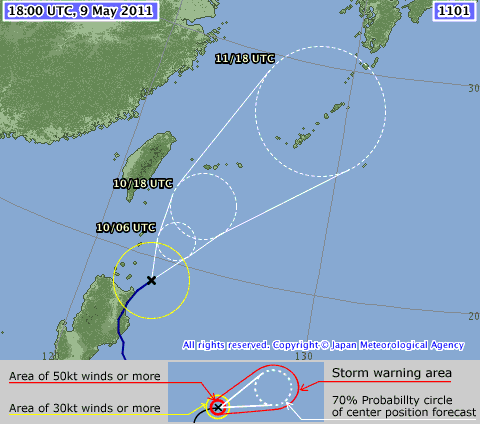 Because tropical systems that affect northern Japan tend to be weaker, the threat of wind damage is not a major concern. This is especially true for the earthquake and tsunami-ravaged areas of northeastern Japan, where the topography is such that these areas tend to be protected from damaging winds. (AccuWeather) 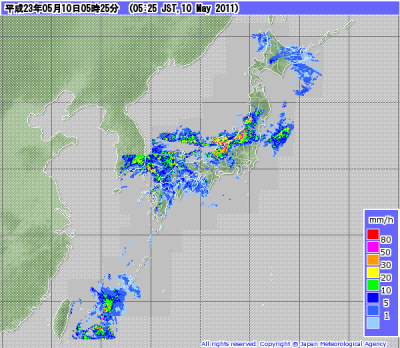 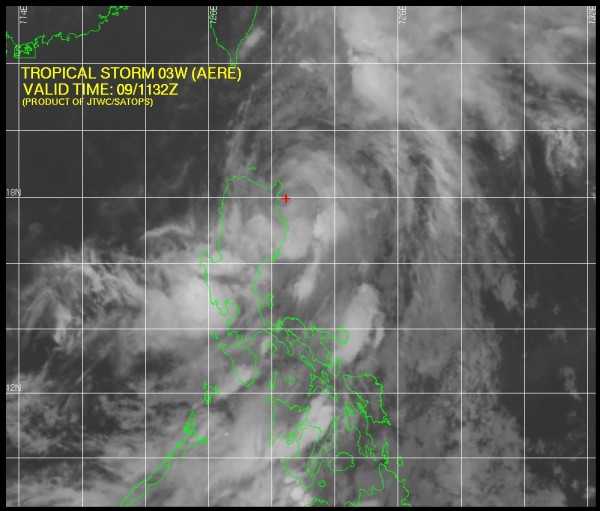