In mid-April 2011, after a decade of low activity, Ecuador’s Tungurahua Volcano began a substantial eruption, according to a NASA statement. 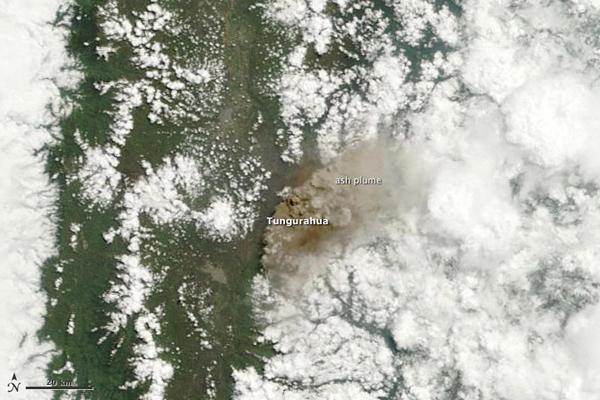 On April 21st fine ash fell on nearby communities, followed by the appearance of small lava fountains at Tungurahua’s summit. On April 26th significant eruption of ash began, up to an altitude of 38,000 feet (12,000 meters). These emissions continued until at least May 4, 2011.

These natural-color satellite images show ash from Tungurahua on the morning (top) and afternoon (lower) of April 30, 2011. At the time, the Joint Air Force & Army Weather Information Network reported ash at an altitude of 37,000 feet (11,000 meters). In the morning image, a dense column of brown ash is located directly above Tungurahua. The ash cloud extended roughly 40 kilometers (25 miles) to the northeast. By the afternoon an ash column was still visible over Tungurahua, and the ash cloud had spread considerably. (OurAmazingPlanet) 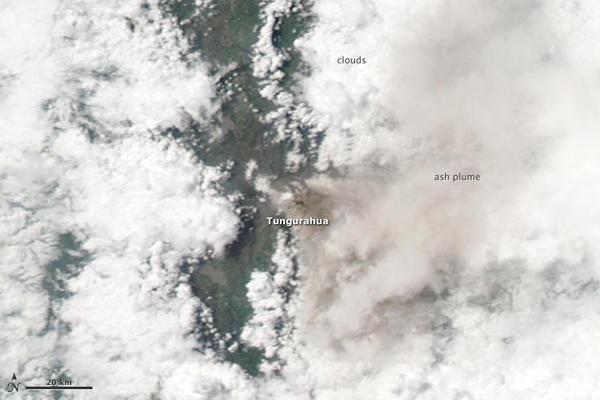