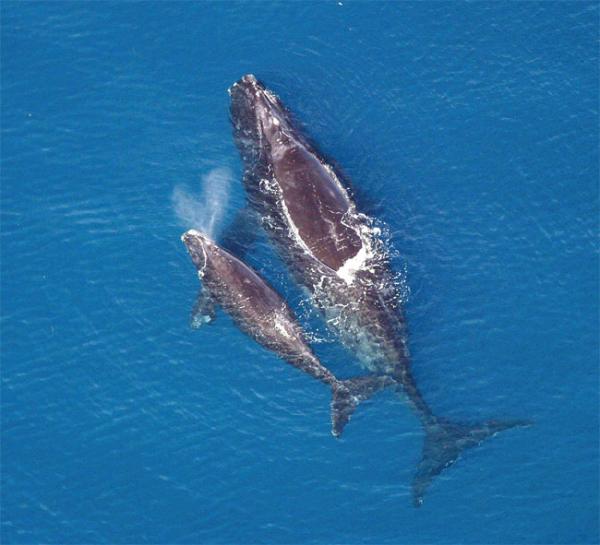 At least six different species of whales – among them a blue whale, the largest creature that has ever lived on the planet – have been heard in the waters around New York City, according to researchers who track the gigantic and chatty mammals by listening to their distinctive voices underwater.

“Everywhere we listen, we hear a singing planet,” said Christopher Clark, director of the Bioacoustics Research Program at Cornell University’s Lab of Ornithology, to a group of reporters this afternoon (May 4).

Clark pressed play on his computer, and the small conference room in Manhattan was filled with a haunting, mournful hooting — the call of a blue whale sped up 30 times. 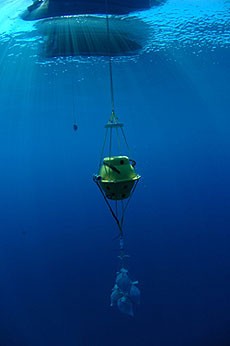 Aaron Rice, science director at the Cornell Bioacoustics Research Program, said an array of subsea microphones parked along the seafloor off Long Island also picked up sounds from fin whales, a species known to have a local population that seems to stay near New York, along with humpback whales, sei whales, minke whales and critically endangered right whales. The blue whales were the big surprise to scientists, as they usually aren’t found so close to shore.

Whales, creatures with tiny eyes, use their distinctive voices to communicate with one another and navigate the world’s seas in much the same way bats use sound to navigate through the darkness. Because whales depend so much upon acoustics, there is grave concern about how noise pollution from ships may be affecting the creatures over time.

And not just any whales — North Atlantic right whales, a species so devastated by whaling in the 19th century that it was thought extinct until the 1950s. Current data indicate there are only about 450 of the creatures left on Earth. Clark said the project not only revealed the presence of a diversity of whales, but yielded surprising results about where they like to hang out.

It turned out that right whales, a species regulators thought stayed close to shore, actually spent several months in waters about 70 miles (110 kilometers) from the coastline. The researchers gathered their data during a 9-month stretch from 2008 into early 2009, when funding was cut and the project was halted.

Researchers hope to revive their work and install recorders near New York City that would relay the songs of whales in real time, via satellite, allowing ordinary New Yorkers to listen in on the massive creatures and their fellow marine animals any time, day or night.

An extensive system for whale eavesdropping is in place in Boston, and Clark said he’d like to see something similar in place in New York. (OurAmazingPlanet) 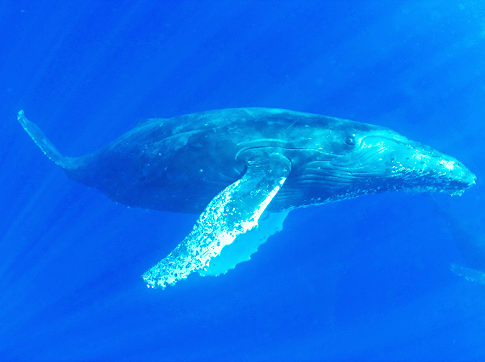