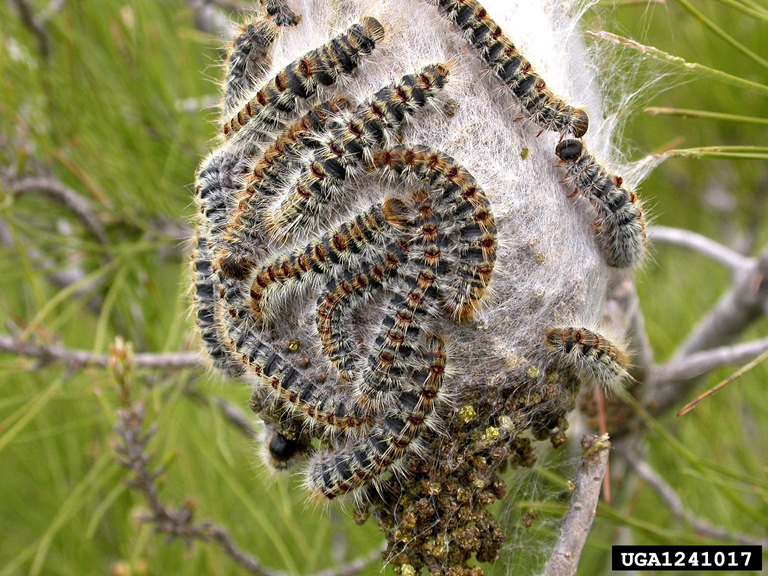 The Forestry Commission has issued a caution not to touch the caterpillars of the oak processionary moth. Residents in Pangbourne and parts of west London have been warned to steer clear of a toxic caterpillar. Their hairs contain a toxin that can cause itchy skin rashes as well as eye and throat irritations.

The Forestry Commission’s Stewart Snape said residents can report sightings but that the caterpillars should only be removed by pest control operators. Officials are now dealing with outbreaks of the moth in Pangbourne in West Berkshire and the London boroughs of Ealing, Brent, Hounslow, Richmond upon Thames and Hammersmith & Fulham.

Health Protection Agency director Dr Brian McCloskey said: “We strongly advise people not to touch or approach the caterpillars or their nests because of the health risks caused by the toxin-containing hairs. Pets can also be affected and should be kept away as well”. 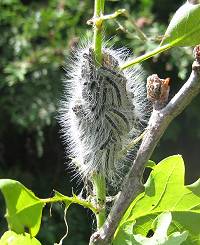 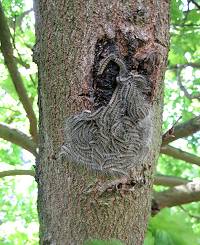 Anyone who experiences an itchy skin rash or other allergic symptoms after being near oak trees in these areas should consult their GP.

As a caterpillar, each oak processionary moth has around 62,000 hairs, which they can eject. Hairs that fall to the ground can be active for up to five years. The moths only live for two to three days in July or August. It is thought that the moths were brought into the UK on trees imported from Europe for a landscape project.

A population of oak processionary moths then established itself in the west London area in 2006. The species was discovered in Pangbourne in 2010. (BBC)