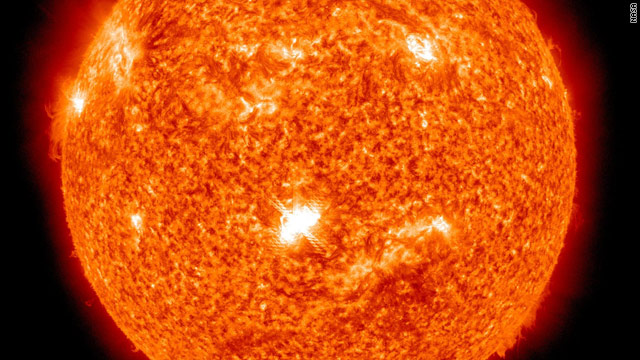 The giant solar flare unleashed in February was caused by five rotating sunspots working in concert, the UK’s National Astronomy Meeting has heard.

Images released from the Solar Dynamics Observatory (SDO) clearly show the sunspots, which are centres of magnetic activity on the sun’s surface. As the magnetic fields build up, they “break”, releasing vast amounts of energy in the form of heat and light. The “X-class” flare was accompanied by 40 smaller flares in the same period.

Daniel Brown, an astronomer at the University of Central Lancashire, reported the results at the meeting in Llandudno, Wales. The accompanying video combines data from the SDO’s Helioseismic and Magnetic Imager, which shows the conditions on the Sun’s surface, and the Atmospheric Imaging Assembly, which captured detailed pictures of its atmosphere. 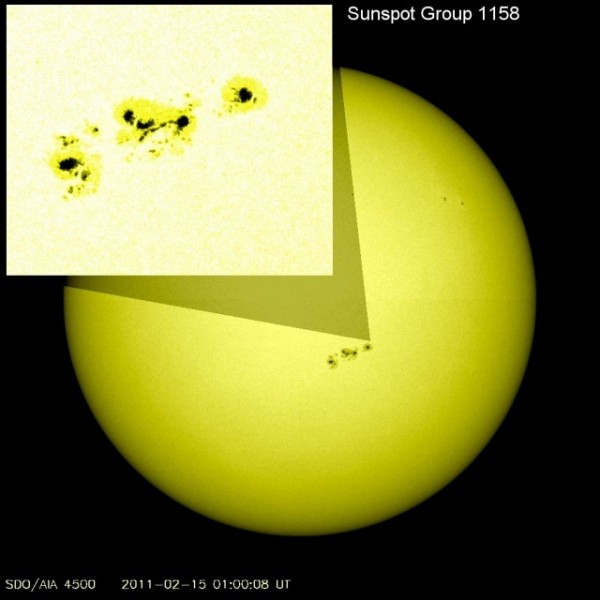 As the sunspots developed, they were seen to rotate through as much as 130 degrees, leading to brightening in the atmosphere that corresponded to the release of solar flares. Rotating sunspots are an extremely efficient way to inject energy into the magnetic field of the Sun’s atmosphere. With five sunspots rotating at the same time, enough energy has been injected into the atmospheric magnetic field to produce the largest solar flare seen for almost five years.

That flare was associated with what is known as a coronal mass ejection, which launches billions of tonnes of charged particles toward the Earth. Such CMEs are known to disrupt satellites and telecommunications, but despite its size February’s event had little effect because the alignment between the magnetic fields of the CME and the Earth served to dampen its effects. (BBC) 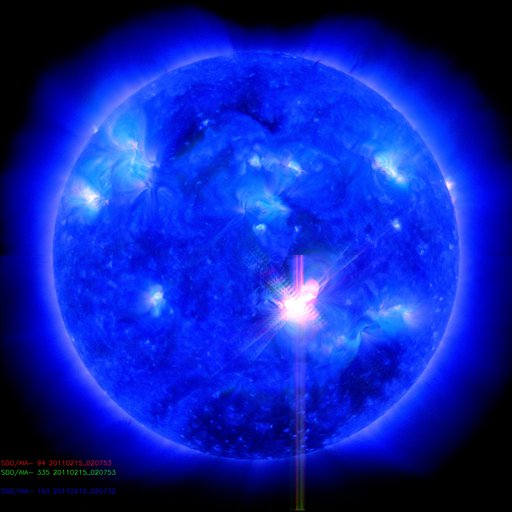