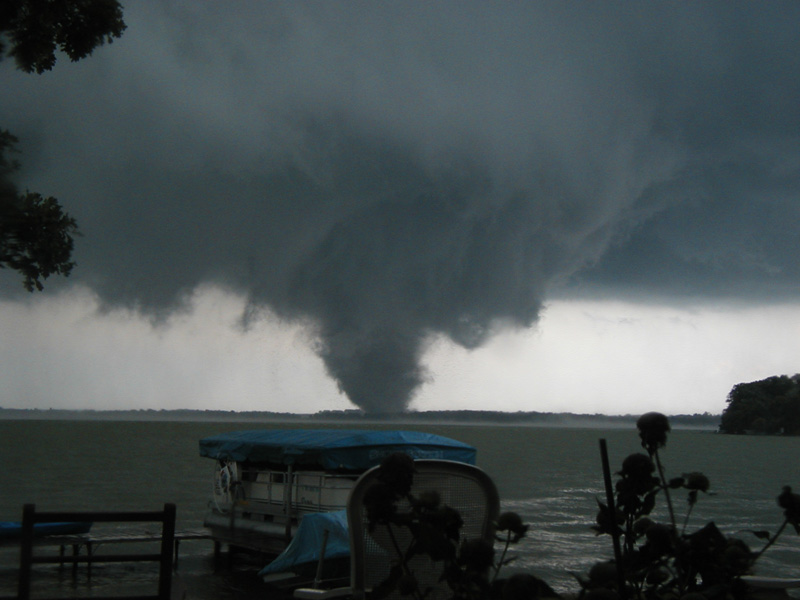 At least nine people were killed as powerful thunderstorms and tornadoes tore through the southern Plains and lower Mississippi Valley Thursday night.

The tiny town of Tushka, Oklahoma, was among the hardest hit locations, struck head-on by a tornado Thursday evening that killed at least two people and injured more than two dozen others. Displaced residents say the town of 350 was devastated by the twister. 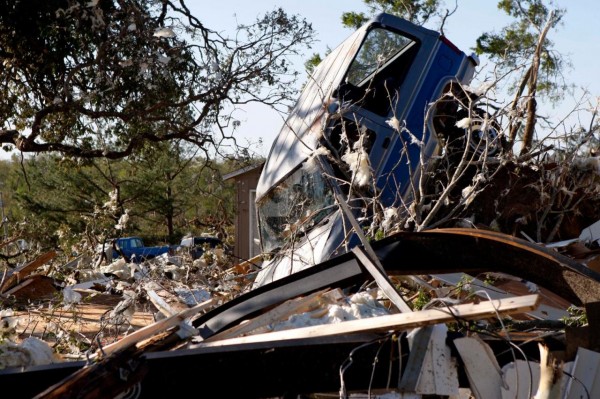 Around the same time, multiple tornadoes were on the ground from eastern Kansas south through Oklahoma. Touchdowns were reported near Atlanta and Chautauqua in Kansas, as well as Madill and Milburn in Oklahoma. The damage persisted farther east well after dark and into the predawn hours.

Overnight in Crystal Springs, Arkansas, two more people were killed when a large tree crushed a mobile home during a thunderstorm. Residents were awakened to tornado sirens and strong winds in Little Rock less than an hour later as the same thunderstorm blasted through. Farther east, another person was killed when a mobile home was destroyed near Scott. Wind gusts from some of the stronger storms were estimated between 60 and 80 mph. Hail up to the size of softballs (4.25 inches in diameter) was also reported from the storms. In some locations, hailstones completely covered the ground for a time.

The Jackson, Mississippi, area was one of the latest locations to be hit by the extensive line of vicious thunderstorms. Reports say a tornado ripped through Clinton, just northwest of Jackson, around 11 a.m. CDT Friday, causing multiple injuries and widespread damage with roofs of homes torn off.

Even more recently, a tornado report out of Geiger, Alabama, Friday afternoon stated that houses had been severely damaged or completely destroyed. Another tornado report from Possumneck, Mississippi, included possible injuries. 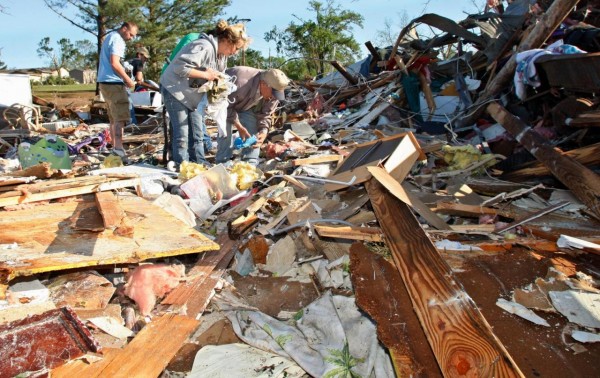 As of mid-afternoon Friday, there were more than two dozen reports of tornadoes from central Mississippi into southwestern and west-central Alabama. One tornado was also reported near Bowling Green, Montana, northwest of St. Louis, Friday afternoon. 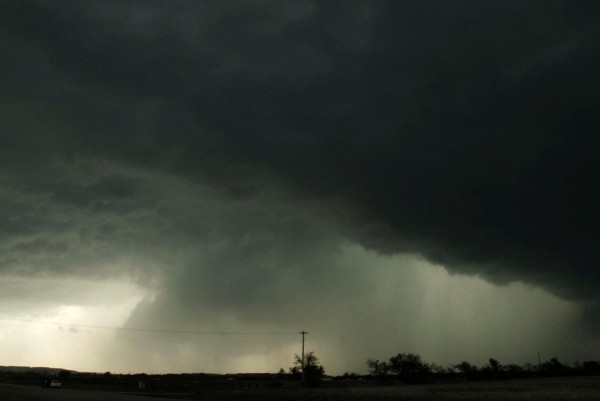