A magnitude 6.5 earthquake shook a wide area of southern and central Mexico on Thursday, sending people fleeing into the streets, but causing only minor reported damage. 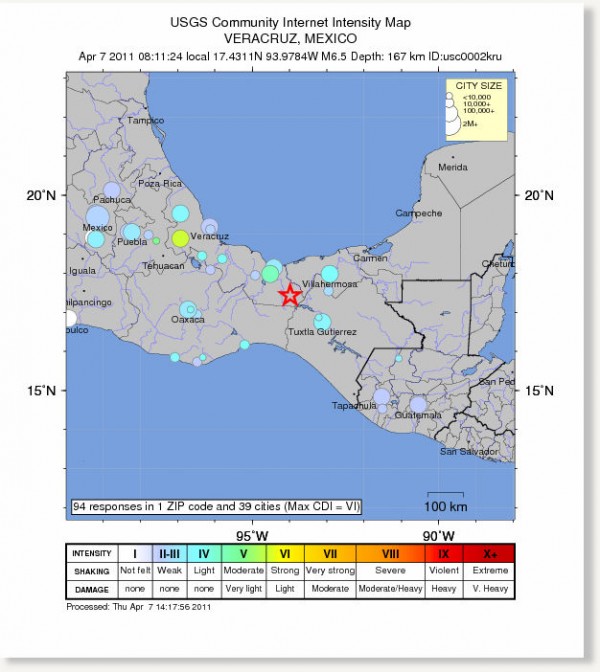 The epicenter was located near Las Choapas, a town of about 83,000 residents about 600 kilometers (370 miles) southeast of Mexico City. It swayed buildings for several seconds in the capital, and in the Gulf coast state of Veracruz, people ran from their homes and school children assembled on playgrounds. Near the epicenter, cracks in walls forced the evacuation of one elementary school.

The temblor also was felt strongly in the state of Chiapas, bordering Guatemala, where there also were no immediate reports of damage or injuries, as well as the Pacific coast state of Guerrero.

The U.S. Geological survey said the quake hit at a depth of 167 kilometers (104 miles). 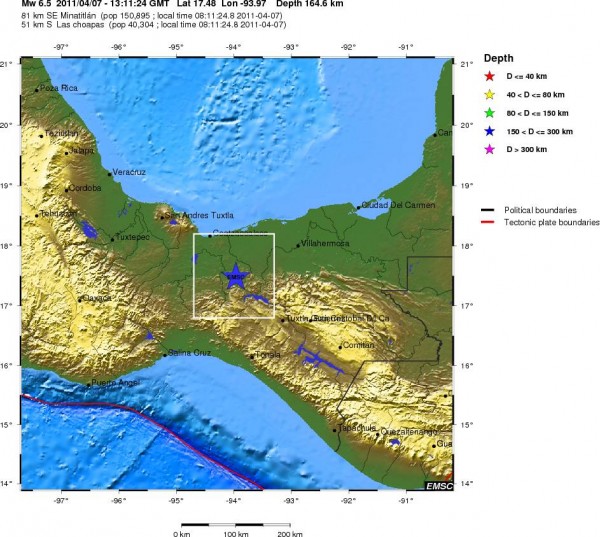