A coronal mass ejection (CME) exploded from the vicinity of sunspot 1164 during the late hours of March 7th. It lept away from the sun traveling some 2200 km/s, making it the fastest CME since Sept. 2005. A movie of the cloud prepared by Karl Battams of the Naval Research Lab seems to show a small but non-negligible Earth-directed component. This CME and at least one other could brush against Earth’s magnetic field on March 9th or 10th. (SpaceWeather) 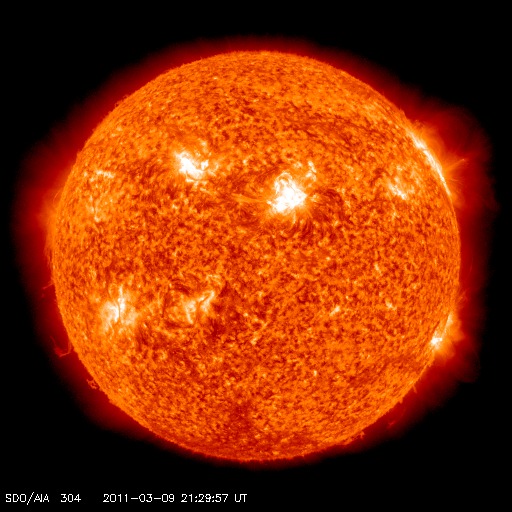 Interestingly, this erupted material had a lot of bright emission in the AIA 171 pass band, indicating bright or dense (or both) material at around 1,000,000 K, which whilst not unusual, isn’t too common either. The bright loops remaining at the surface of the Sun are known as post-flare loops. (HelioViewer)

The M-Class flare party continued on Tuesday with multiple events taking place, primarily around Sunspot 1165 which is rotating onto the western limb and will soon be out of direct earth view. Any strong solar flares around this region will not have much impact on earth at this point. Several CME’s have taken place within the last 48 hours, and one of these is earth directed and could stir up Geomagnetic Storming at high latitudes.(SolarCycle24) 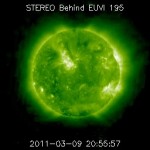 Further analysis with ENLIL and other models now suggests the CME from nearly 24 hours ago, clocking a speed of more than 2000 km/s as it left the Sun, may not arrive until midday Wednesday March 9. Intricacies relating to the density of the ambient solar wind ahead — and the subsequent deceleration of the ejecta — are expected to lengthen its travel time. When it does arrive, look for G1 (Minor) Geomagnetic activity to follow.

There will remain the chance for M-Class flares around Sunspot 1164 which is located towards the northwest limb and also around huge Sunspot Cluster 1166. (SWPC) 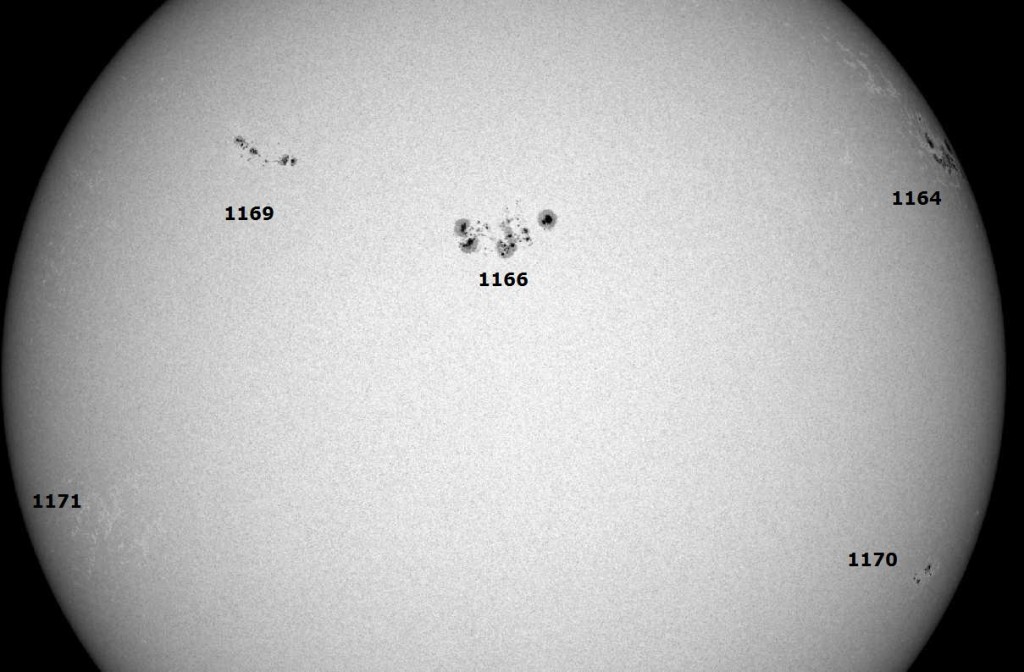 BBSO Solar Activity Warning 08-MAR-2011 20:26:28 UT
Solar activity is high. Region NOAA 11165 (S20) has rotated off the visible disk, but could still produce an M-class event. Regions NOAA 11166 and the region next to 11164 are also capable of M-class flares and an X-class event is also possible from one of these regions. M-class flares likely, X-class possible.