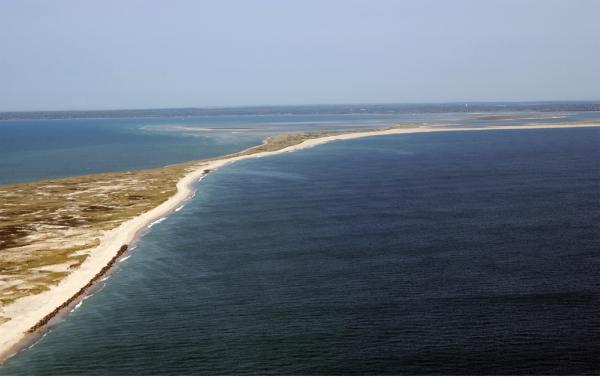 Beaches on the East Coast have been steadily eroding over the past 150 years, according to a new U.S. Geological Survey (USGS) report.

During that time, scientists found erosion at 68 percent of the beaches in New England and the Mid-Atlantic, according to the report, which was released on Feb. 23. Rebuilding work may have reduced that percentage in recent years, but that isn’t likely to hold, and beach communities may be in trouble, experts say.

On average, the beaches in New England and the Mid-Atlantic are eroding at about 1.6 feet (0.5 meters) per year. The scientists who assembled the new report studied more than 650 miles (1,046 kilometers) of the region’s coastline. The worst erosion case was about 60 feet per year (18 m) at the south end of Hog Island, in southern Virginia.

Orrin Pilkey, an expert on beach erosion and an emeritus professor of geology at Duke University in Durham, N.C., who was not involved in the study, said the 68 percent figure was “quite believable,” and that erosion is even worse for barrier islands. Only one of North Carolina’s barrier islands is not eroding today, Pilkey told. The percentage of eroding beaches in New England and the Mid-Atlantic has dropped to 60 percent for the past 30 years, but not on their own.

Beach restoration activities, such as adding sand to beaches, are probably slowing erosion, according to a USGS statement. Crowding houses up against a beach can also slow erosion, as has been observed in New Jersey. Much of the erosion going on right now is due to human beings, but storms and sea-level rise can also muck with the sand supply. 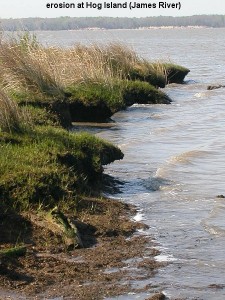 “There is increasing need for this kind of comprehensive assessment in all coastal environments to guide managed response to sea-level rise,” said study team member Cheryl Hapke of the USGS. “It is very difficult to predict what may happen in the future without a solid understanding of what has happened in the past.”

The results of the study provide a baseline for coastal change information for coastal management, Hapke said. As a rule, a nourished beach tends to erode much faster than the natural beach that preceded it, and “beach nourishment is only a Band-Aid solution,” Pilkey said. With rising sea levels, at some point in the future, holding a beach in place will be physically and economically impractical, and money will most likely flow to help major coastal cities, Pilkey said. (OurAmazingPlanet)