More than 1 million homes and businesses in southern Louisiana remain without power after Hurricane "Ida" caused 'catastrophic' damage to the power grid over the weekend.1 Ida is the second most intense hurricane on record to hit Louisiana, only behind Katrina (2005). Ida also tied for the strongest landfall in the state by maximum winds with Hurricane "Laura" in 2020 and the 1856 Last Island hurricane. The storm hit on the 16th anniversary of the devastating Hurricane "Katrina."

The entire New Orleans (population 390 845 ) was left without electricity after Ida knocked out all 8 transmission lines that deliver power to the city.2

One transmission tower near Avondale fell Sunday night, causing the tower’s conductor and wires to land in the Mississippi River.

As a result of Hurricane Ida’s intensity, major transmission lines that deliver power to numerous Louisiana parishes are currently out of service.

"At 240 km/h (150 mph), Hurricane Ida’s winds were incredibly devastating," said Phillip May, Entergy Louisiana president and CEO. "We continue looking at options to restore power to those parishes that are out."

The full assessment of damage could take several days since many areas are currently inaccessible either by roadways.

"Based on historical restoration times, customers in the direct path of a storm as intense as Hurricane Ida could experience outages for more than three weeks. While 90% of customers will be restored sooner, customers in the hardest-hit areas should plan for the possibility of experiencing extended power outages," the company added. 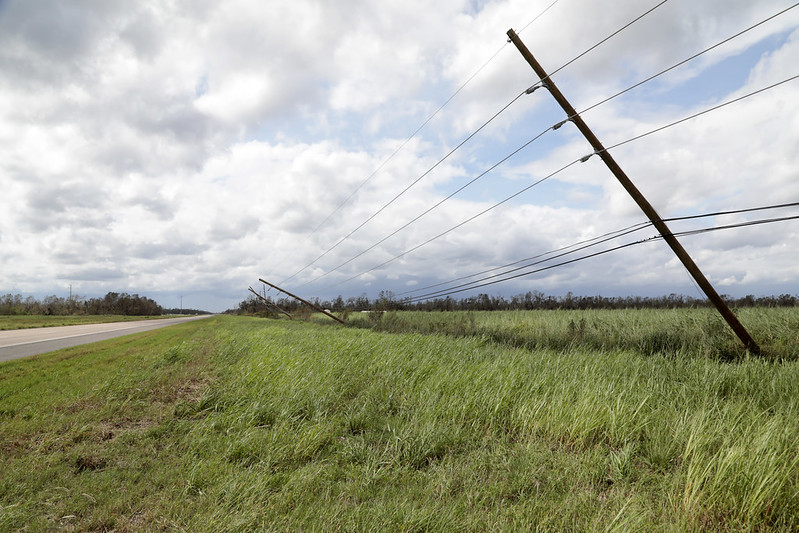 More than 11 000 Entergy workers helped by 25 000 workers from around the country are ​working to restore power.

The efforts are being made to provide backup power for water and sewer services, and the city said it is using its own generators at drainage pumping stations.

AP said the company faces a massive challenge.3 As of early Monday, August 30, 216 substations, 207 transmission lines and more than 3 220 km (2 000 miles) of transmission lines were out of service. One transmission tower that spans the Mississippi River and had withstood Hurricane Katrina was felled during Ida, Entergy said. 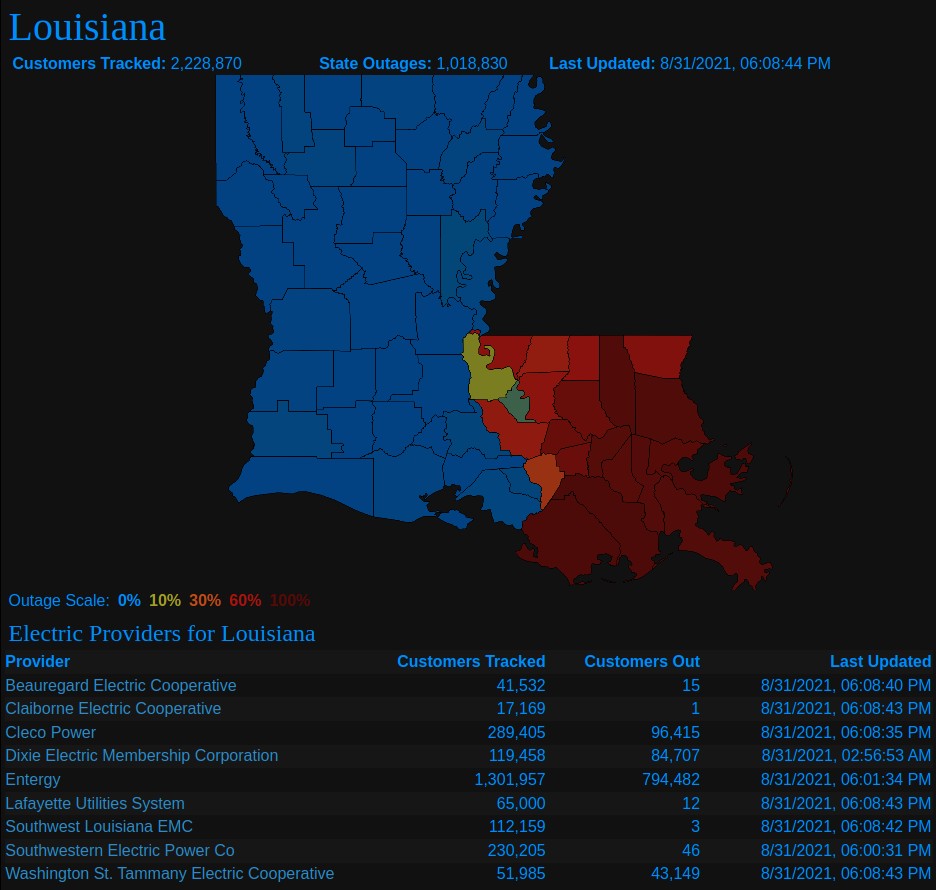 "Entergy urges everyone to be safe, including customers and Entergy personnel and contractors. Stay away from downed power lines as well as flooded areas. Do not walk in standing water and do not venture into areas of debris since you may not be able to see a power line that could still be energized and dangerous.