Tropical Storm "Andres" formed at 15:00 UTC on May 9, 2021, as the earliest eastern Pacific Ocean named storm on record. The previous record was held by Adrian which formed on May 10, 2017. There is no threat to land from this storm and Andres is expected to become a remnant low by Tuesday, May 11.

This general motion is expected to continue through Monday, followed by a turn toward the west by late Tuesday, May 11.

Gradual weakening is expected to begin on Monday, with the system becoming a remnant low on Tuesday. 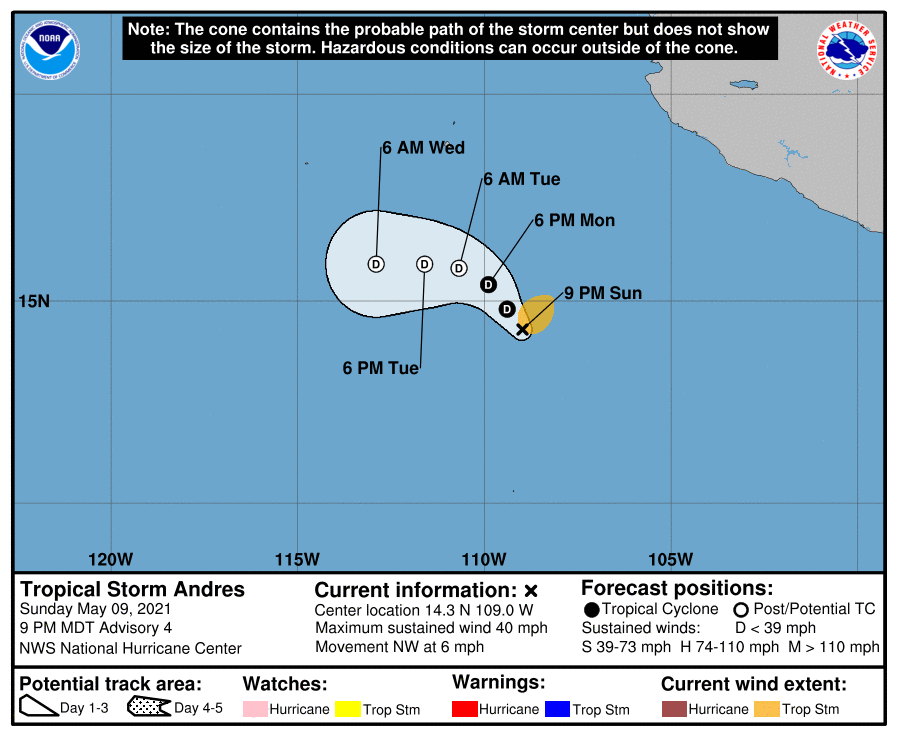 The majority of the deep convection is displaced well to the east of the low-level center and there is little evidence of banding features.

Increasing southwesterly vertical wind shear and dry mid-level air should cause Andres to begin to weaken overnight or on Monday, if that weakening trend has not already begun.

Andres is forecast to move into an area of even higher shear by Monday night or early Tuesday, and this should cause the cyclone to become a remnant low in about 36 hours.

Thereafter, the cyclone is forecast to gradually spin down and dissipate by Wednesday as indicated by the global models. 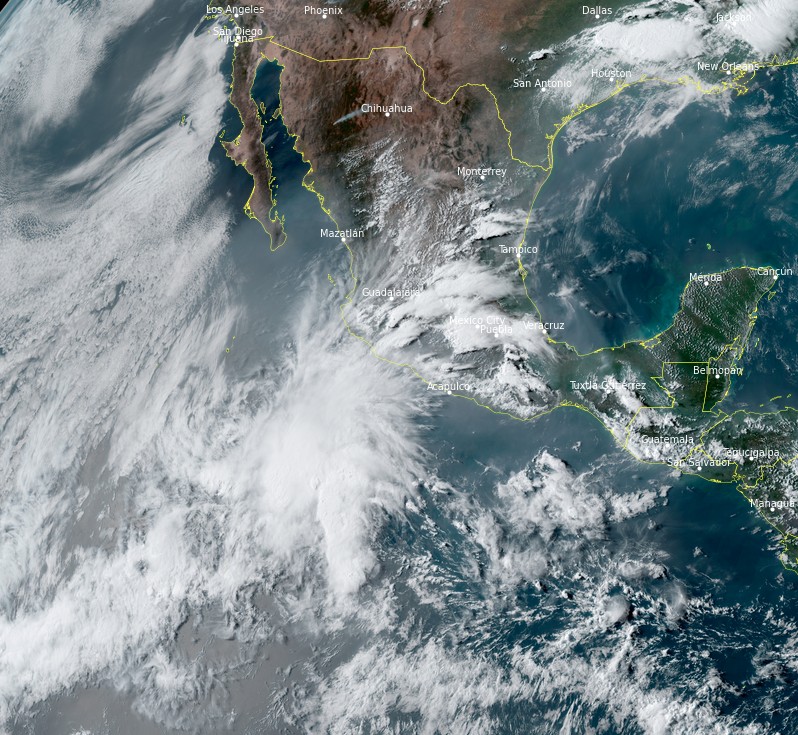 The eastern Pacific hurricane season runs from May 15 to November 30.