Two new volcanic fissures opened near the eruption site in Geldingadalir, Iceland on April 5, 2021. Helicopters from the Icelandic Coast Guard were sent to the new eruption site to make sure the area is evacuated.

The lava from the fissures is non-viscous and flows fast in a narrow lava river into Meradalir valley, east of the new fissures, where a new lava field is forming.

Because of the lack of ash and tephra emission in the atmosphere, the aviation color code for Keflavik airport remains Orange as there is no imminent hazard for aviation. 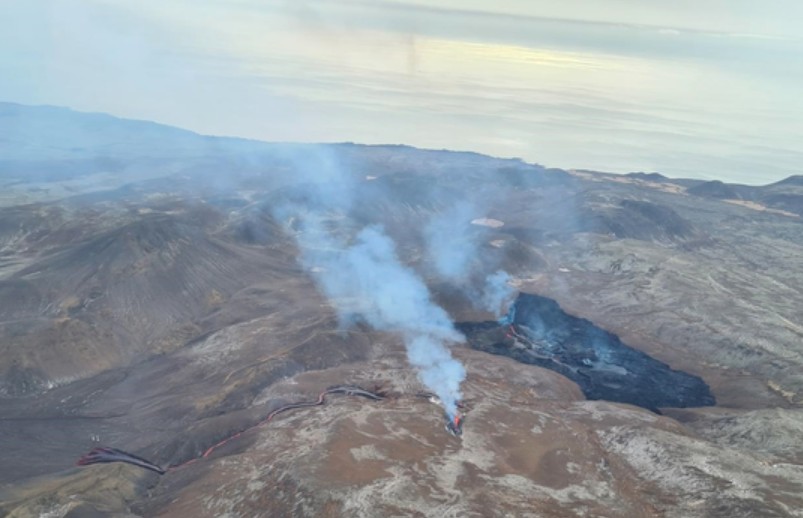 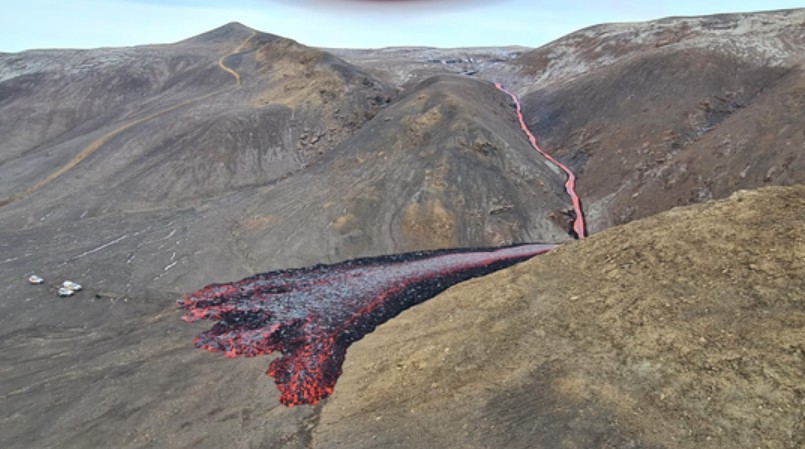 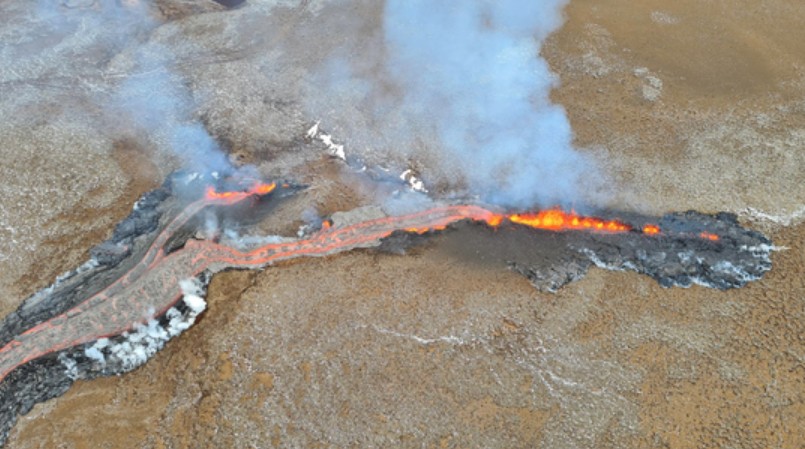 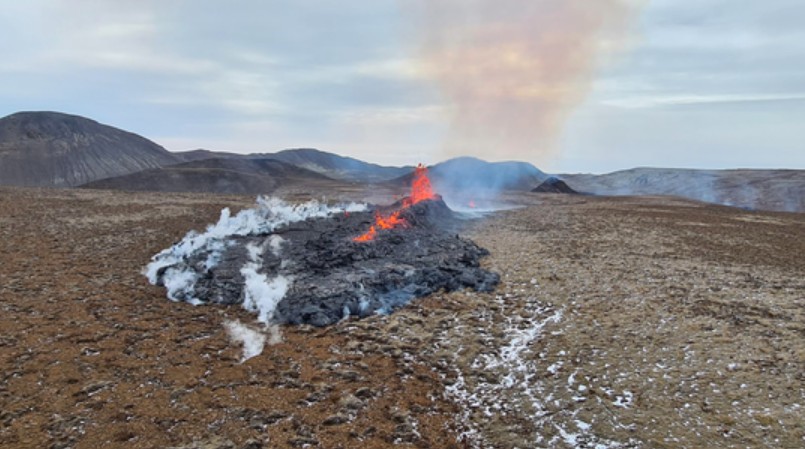 The latest eruption, identified through tephrochronology, took place during the 14th century.