A research team led by Imperial College London has presented in a new study that Coronal Mass Ejections (CMEs) or solar storms could be more extreme than previously believed when they "slipstream" each other or when two such events follow each other. Modeling of an extreme space weather event that missed the Earth narrowly in 2012 shows that it could have been worse if another one occurred.

Coronal Mass Ejections (CMEs) are explosions of vast amounts of magnetized material from the Sun, which travel at high speeds and release a large amount of energy in a short period. When the CMEs reach the Earth, they trigger auroras, but they can also disrupt satellites and communications.

The most extreme of space weather events are likely to be catastrophic, causing power blackouts that would damage transformers, and it could take years to repair. Therefore, precise monitoring and forecasting are important to reduce possible damage.

The research team analyzed a large CME that happened on July 23, 2012, which narrowly missed the Earth by a couple of days. It traveled at around 2 250 km/s (1 400 mps), making it comparable to one of the biggest events on record– the 1859 Carrington event.

"The 23 July 2012 event is the most extreme space weather event of the space age, and if this event struck the Earth, the consequences could cause technological blackouts and severely disrupt society, as we are ever more reliant on modern technologies for our day-to-day lives," said lead author Dr. Ravindra Desai from the Department of Physics at Imperial.

"We find however that this event could actually have been even more extreme– faster and more intense– if it had been launched several days earlier directly behind another event."

The team studied one of the possible causes to identify what made the storm so extreme, and determined that it was the release of another CME — on July 19, just a few days before — that 'cleared' the path for another.

CMEs travel faster than the ambient solar wind, the stream of charged particles constantly flowing from the sun. This means the solar wind exerts drag on the traveling CME, slowing it down.

However, if a previous CME has recently passed through, the solar wind will be affected in such a way that it will not slow down the subsequent CME as much. This is similar to how race car drivers 'slipstream' behind one another to gain a speed advantage. 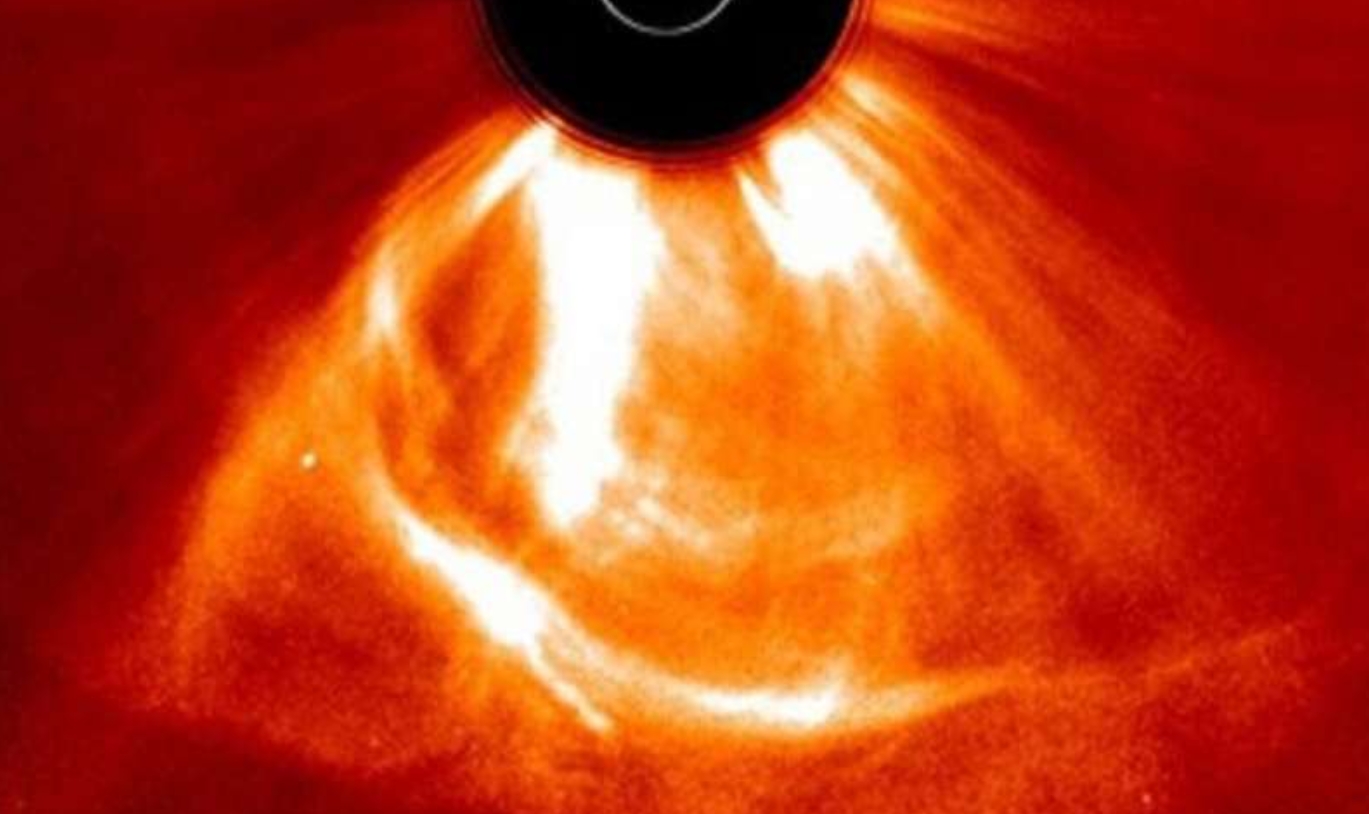 The team developed a model that accurately represented the traits of the July 23 event, then simulated what would happen if it had happened earlier or later, or closer to the July 19 event.

The researchers found that by the time of the July 23 event, the solar wind had recovered from the July 19 event, thus, the previous event had a small impact. However, the model showed that if the latter event happened earlier– nearer the July 19 event– it could have been more extreme and could have possibly reached up to 2 750 km/s (1 700 mps).

"We show that the phenomenon of 'solar wind preconditioning', where an initial CME causes a subsequent CME to travel faster, is important for magnifying extreme space weather events," said co-author Han Zhang.

"Our model results, showing the magnitude of the effect and how long the effect lasts, can contribute to current space weather forecasting efforts."

"There have been previous instances of successive solar storms bombarding the Earth, such as the Halloween Storms of 2003," co-author Emma Davies added.

"During this period, the sun produced many solar flares, with accompanying CMEs of speeds around 2 000 km/s. These events damaged satellites and communication systems, caused aircraft to be re-routed, and a power outage in Sweden."

"There is always the possibility of similar or worse scenarios occurring this next solar cycle, therefore accurate models for prediction are vital to helping mitigate their effects."

Predicting the large-scale eruptions from the solar corona and their propagation through interplanetary space remains an outstanding challenge in solar- and helio-physics research. In this article, we describe three-dimensional magnetohydrodynamic simulations of the inner heliosphere leading up to and including the extreme interplanetary coronal mass ejection (ICME) of 23 July 2012, developed using the code PLUTO. The simulations are driven using the output of coronal models for Carrington rotations 2125 and 2126 and, given the uncertainties in the initial conditions, are able to reproduce an event of comparable magnitude to the 23 July ICME, with similar velocity and density profiles at 1 au. The launch time of this event is then varied with regards to an initial 19 July ICME and the effects of solar wind preconditioning are found to be significant for an event of this magnitude and to decrease over a time-window consistent with the ballistic refilling of the depleted heliospheric sector. These results indicate that the 23 July ICME was mostly unaffected by events prior, but would have traveled even faster had it erupted closer in time to the 19 July event where it would have experienced even lower drag forces. We discuss this systematic study of solar wind preconditioning in the context of space weather forecasting.