Tropical Storm "Marco" formed over the northwestern Caribbean at 03:00 UTC on Saturday, August 22, 2020, as the 13th named storm of the 2020 Atlantic hurricane season. This is the earliest named 13th storm in the Atlantic on record. The previous record was a tie on September 2 at 12 UTC between Maria (2005) and Lee (2011). The most recent August with more than 4 Atlantic named storm formations is 2012 – with 8 named storms.

A slightly slower northwestward motion is expected for the next day or so, followed by an increase in forward speed by early next week, NHC forecaster Roberts noted.

Additional strengthening is forecast during the next couple of days as the system approaches the Yucatan Peninsula and Marco could be near hurricane strength when it moves over the central Gulf of Mexico on Sunday.

Marco is expected to produce 75 – 150 mm (3 – 6 inches) of rain over the eastern portions of the Mexican states of Quintana Roo and Yucatan through Sunday, with isolated maximum totals of 250 mm (10 inches). This rainfall may result in areas of flash flooding. 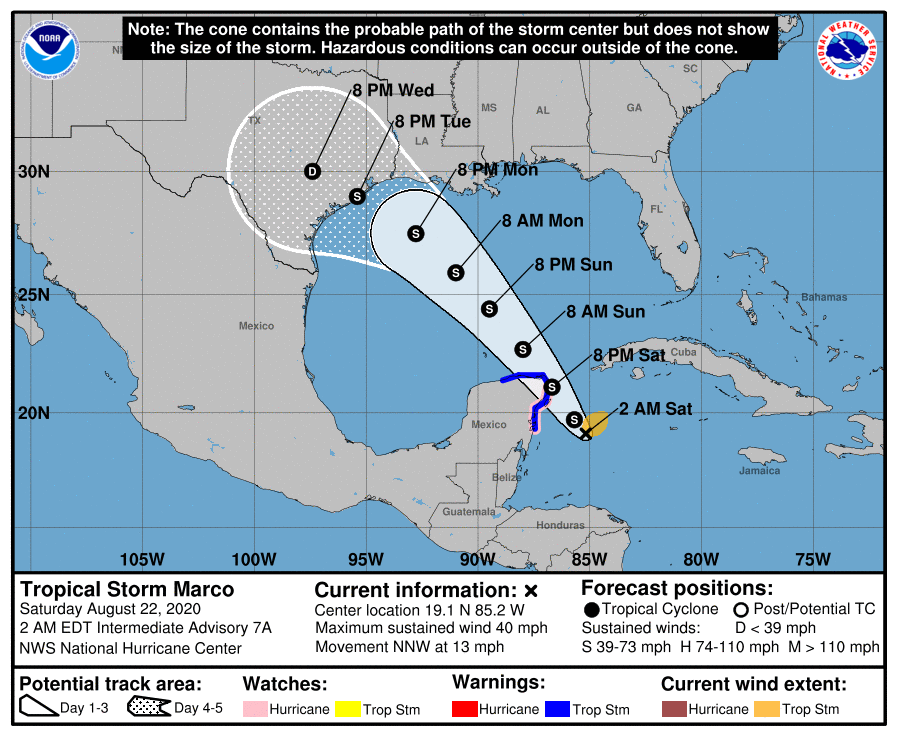 "Marco is embedded within an environment that could support a fast rate of strengthening. However, recent microwave data does not indicate that the system has developed an inner-core, and only gradual strengthening is likely until it does," NHC forecaster Zelinsky noted.

The intensity guidance spread is quite high, with the GFS and ECMWF global models both showing little further strengthening, while the HMON regional model rapidly makes Marco a hurricane before it reaches the northeast tip of the Yucatan Peninsula.

That possibility can not be ruled out, but a majority of the intensity guidance favors the weaker solution of the global models. Even with the HMON outlier included, the NHC intensity forecast is above the model consensus. 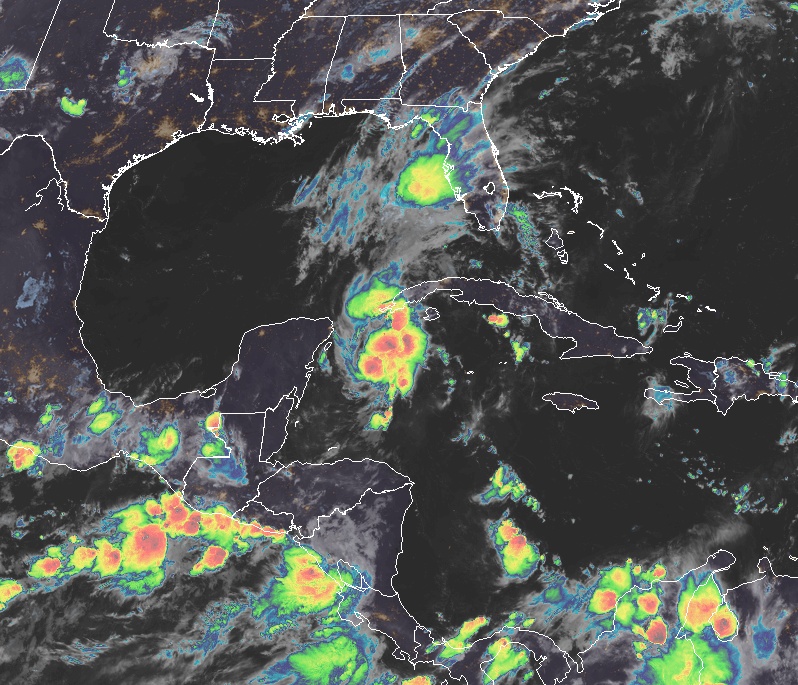 Once Marco moves over the central Gulf of Mexico, a rapid increase in wind shear associated with an upper-level trough should limit the potential for further strengthening, and weakening is still anticipated before Marco nears the northern Gulf Coast.

Confidence in the track forecast is also lower than normal, as the models spread remains quite high.

Marco's track and intensity could be also influenced by Tropical Storm "Laura" which is also forecast to be over the Gulf of Mexico, however, the details of that interaction are highly uncertain at this time. Given the high uncertainty in the forecast, larger than normal changes could be required for future advisories.