Tropical Storm "Laura" formed on August 21, 2020, as the 12th named storm of the 2020 Atlantic hurricane season. Laura is following the trend of record-early storm formations this season and is now the 12th earliest Atlantic named storm on record. The previous record was held by Louis — August 29, 1995.

Although is still too early to be sure, forecast models suggest we could have two simultaneous hurricanes in the Gulf of Mexico early next week for the first time on record.

The National #Hurricane Center is currently hinting at possibility of two hurricanes in Gulf of Mexico simultaneously early next week (currently #TD14 & #Laura). If that were to occur, it would be first time on record that the Gulf of Mexico has had 2 hurricanes at the same time. pic.twitter.com/A7jhO9xkt1

If both make landfall, as models suggest, it'll be a record 7 tropical cyclone landfalls before the month of September in the U.S.

The details of the long-range track and intensity forecasts remain more uncertain than usual since Laura is forecast to move near or over portions of the Greater Antilles through Monday, August 24, NHC forecaster Pasch noted. 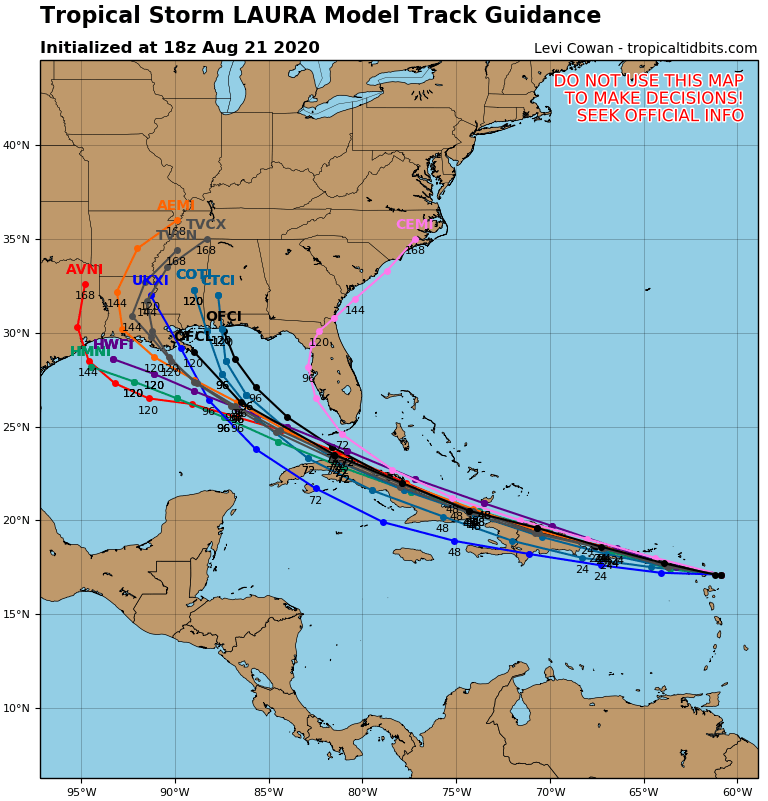 However, Laura could bring storm surge, rainfall, and wind impacts to portions of Cuba, the Bahamas, and Florida early next week and the northeast U.S. Gulf Coast by the middle of next week. Interests there should monitor the progress of Laura and updates to the forecast over the next few days, Pasch noted.

A Tropical Storm Warning is in effect for Puerto Rico, Vieques and Culebra, U.S. Virgin Islands, British Virgin Islands, Saba and St. Eustatius, St. Maarten, St. Martin and St. Barthelemy, Antigua, Barbuda, St. Kitts, Nevis, Anguilla, and Montserrat, the northern coast of the Dominican Republic from Cabo Engano to the border with Haiti, the northern coast of Haiti from Le Mole St. Nicholas to the border with the Dominican Republic. A Tropical Storm Watch is in effect for the southeastern Bahamas and the Turks and Caicos Islands.

A generally west-northwestward motion at a faster forward speed is expected over the next couple of days.

The center of Laura is forecast to move near or over portions of the Leeward Islands later today (LT), near or over Puerto Rico Saturday, August 22 morning (LT), and near the northern coast of Hispaniola late Saturday and early Sunday, August 23 (LT). 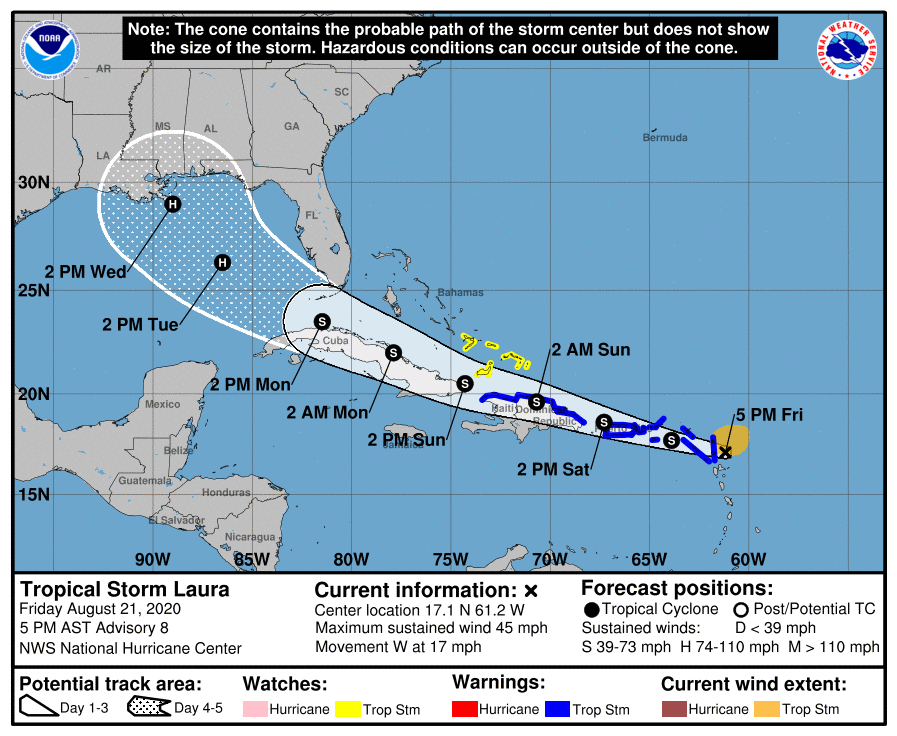 Laura is expected to produce 75 – 150 mm (3 to 6 inches) of rain over Puerto Rico and the Virgin Islands, the Dominican Republic, the southern Haitian Peninsula, and eastern Cuba through Sunday, August 23.

Maximum amounts up to 200 mm (8 inches) are possible along eastern portions and the southern slopes of Puerto Rico, as well as over Haiti, the Dominican Republic, and eastern Cuba. This heavy rainfall could lead to flash and urban flooding, as well as an increased potential for mudslides with minor river flooding in Puerto Rico.

25 – 75 mm (1 to 3 inches) of rain with isolated maximum totals of 125 mm (5 inches) is expected over the remainder of Haiti, the northern Leeward Islands, the Turks and Caicos, and the southeast Bahamas. 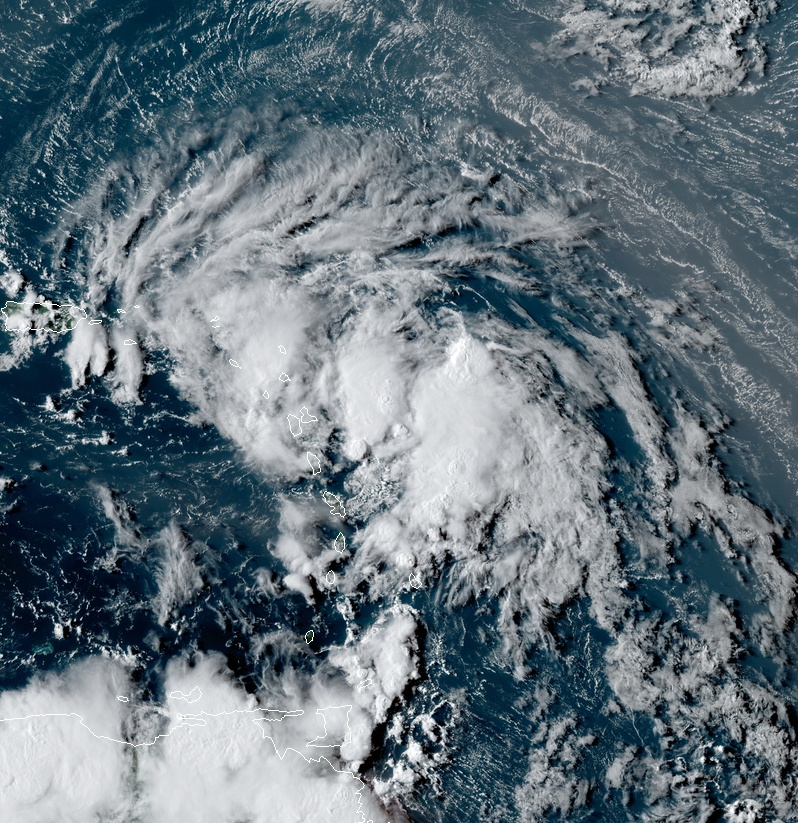 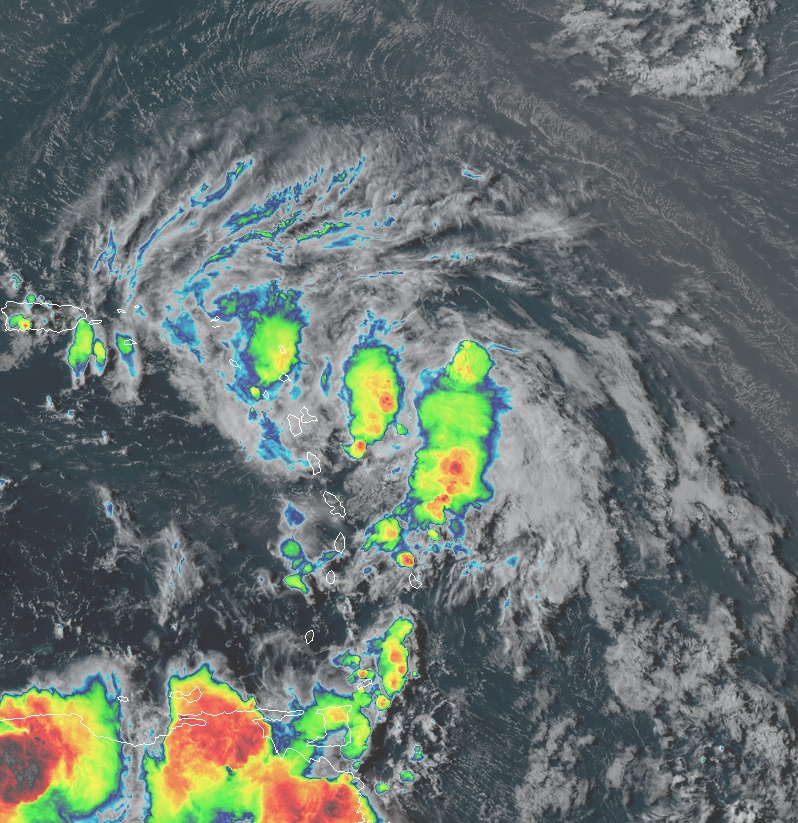