At least 5 people have been killed and more than 30 injured as destructive wildfires continue burning across California. More than 770 structures were destroyed, nearly 283 279 ha (700 000 acres) of land scorched, more than 60 000 people evacuated and 100 000 more placed under evacuation warnings. Entire California is under a state of emergency since August 18.

The LNU Lightning Complex, a major cluster of fires in the Wine Country — a region in the northern Bay Area, known worldwide as a premier wine-growing region — has so far scorched 118 087 ha (219 000 acres) of land, destroyed 480 structures and triggered the evacuation of nonessential personnel from Travis Air Force Base in Solano County and patients from Adventist Health St. Helena Hospital in Napa County. It's only 7% contained.

According to the Los Angeles Times, four civilian deaths are now tied to the LNU complex and a pilot who was killed when his firefighting helicopter crashed in Fresno County on Wednesday, briefly sparking another brush fire to join the dozens burning across the state. 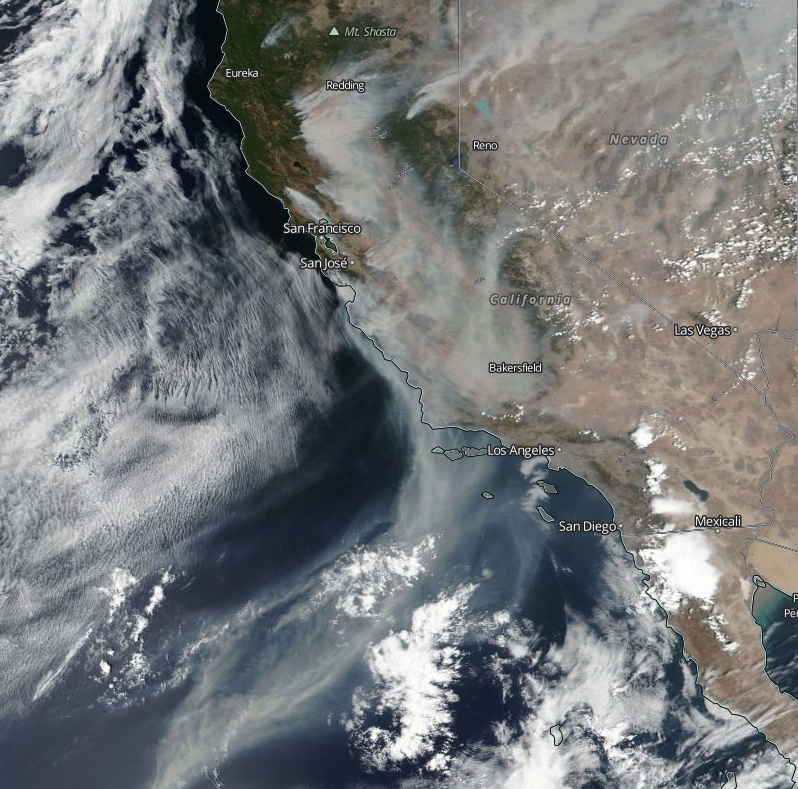 More than 10 000 firefighters are battling the fires, some of them working 72-hour shifts.

"That’s a dangerous rate of spread for our firefighters and for all those residents out there."

CalFIre said there are concerns that some people are trying to organize through social media to create volunteer brigades and fight the fire themselves. "The dangers out there to their own lives outweigh anything they can accomplish," he said. "They’re putting their lives in jeopardy." 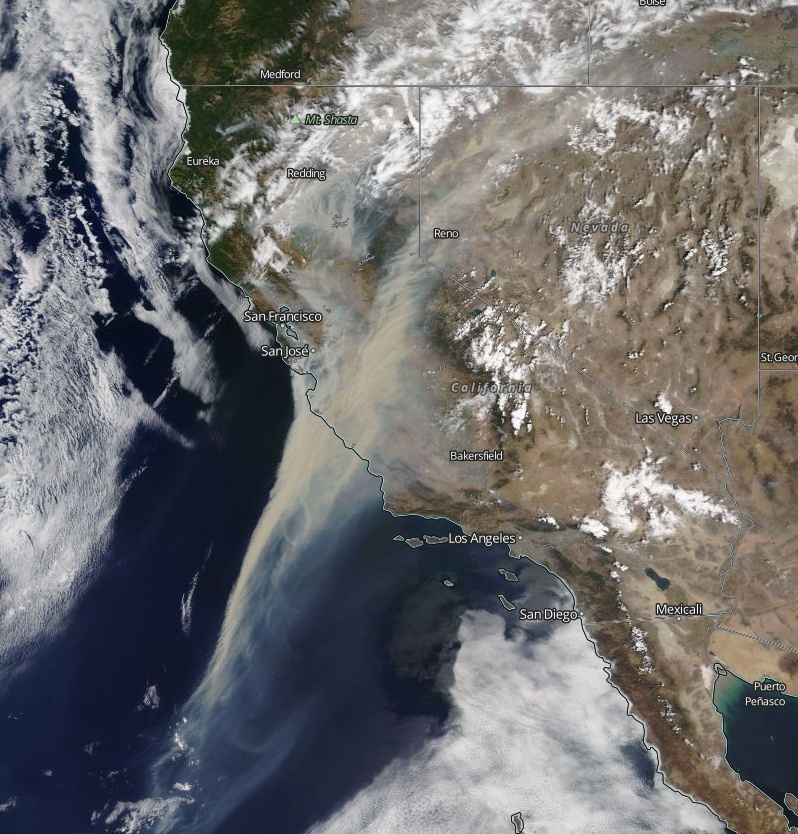 The number of fires burning in Western states has resulted in a strain on California’s mutual aid system, making it increasingly difficult for jurisdictions to obtain the necessary in-state and out-of-state firefighting resources to respond to these fires, California Governor Gavin Newsom said Wednesday.

"Governors in Nevada, Arizona, and Texas have agreed to send engines or crews to support California, but the call for mutual aid from other states is complicated by a historic heatwave across the West."

More than 10 800 lightning strikes have hit the state in 72 hours to August 19, pushing the number of active wildfires to more than 400. California has experienced 6 754 fires by August 19 this year, significantly more than around 4 000 in August 2019.