An international team has found a new fault system in southeastern Nepal, with the potential to cause earthquakes in a densely populated area. The faults show that the front of the tectonic movement in the mountain belt is 40 km (25 miles) farther south than scientists previously assumed.

"We discovered a series of faults at the foot of the Himalayan mountain range that has never been seen before," explained co-author John Waldron, a geologist with the University of Alberta.

Waldron added that the faults show that the front of the tectonic movement is farther south than scientists previously thought.

"Our research highlights the need to look below the surface, and farther afield, to fully understand earthquakes and structures within the Himalaya," said co-author Mike Duvall.

"This network of faults shows that Himalayan deformation reaches farther than we previously thought and provides a glimpse into the geometry and formation of nascent mountain ranges."

The team used seismic profiles or images that seem like slices through the top few kilometers of the Earth's crust.

These profiles were collected during petroleum exploration originally, by recording sound waves that bounced off sedimentary layers beneath the Ganga flood plain of the Ganges River. The water carries much of the sediment that eroded from the Himalaya.

The data indicates that while southeastern Nepal is nearly flat, the thrusting due to the movement of the tectonic plates has already reached this area. 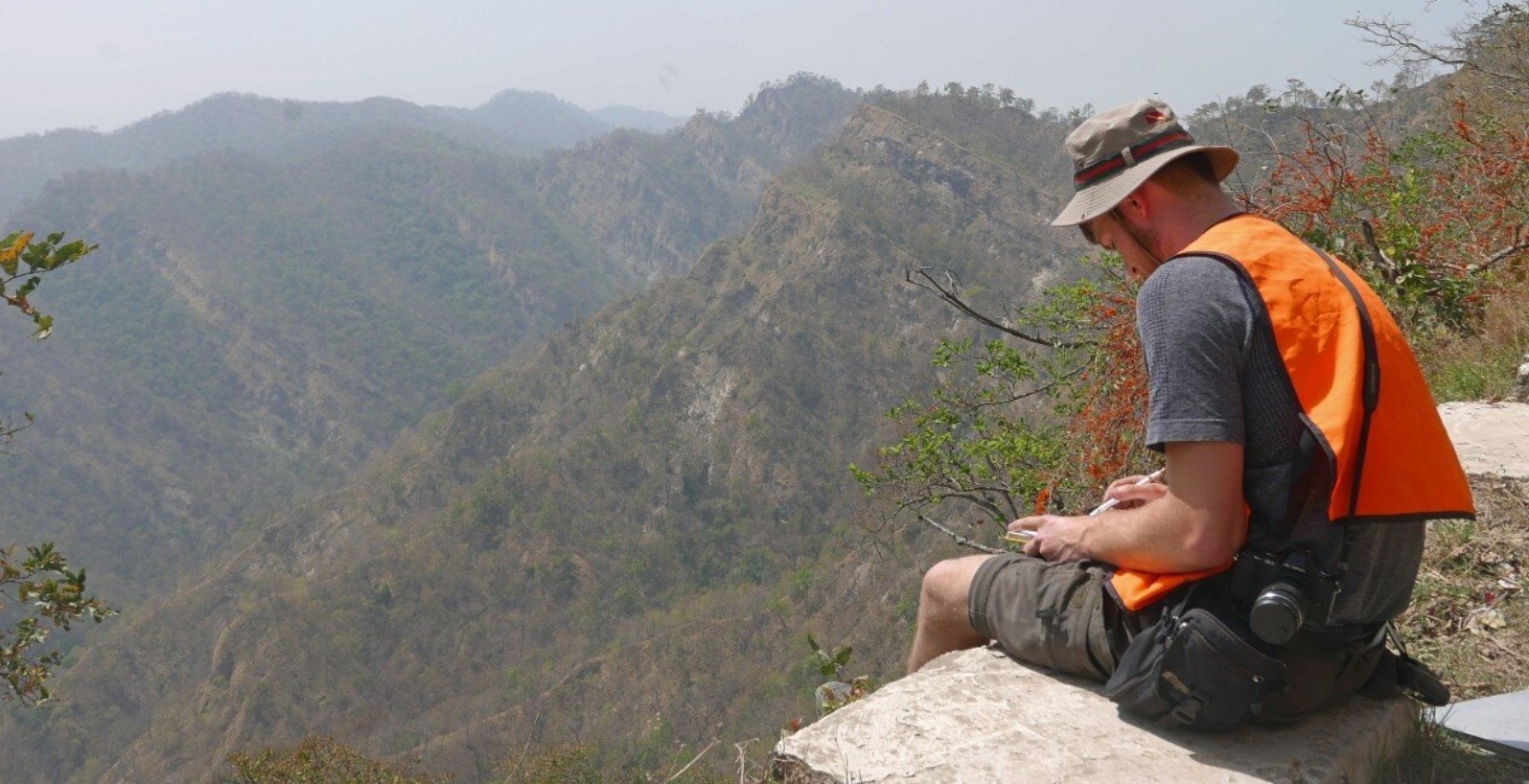 Waldron explained that while there has not been a tremor reported in the area since accurate scientific records began about a hundred years ago, the research findings suggest that there is potential for quakes to occur.

"Most of these faults only slip every thousand years or so," he said. "We discovered that a substantial part of this area has an almost horizontal fault underneath it, which has the potential to slip and cause a damaging earthquake."

"Along the front of the mountains in Nepal are thrust faults, formed where the Indian subcontinent is being pushed underneath Asia. The movement is jerky, which produces earthquakes. Because this is a densely populated part of the world, these earthquakes can be catastrophic."

The Himalayan foreland basin formed by flexure of the Indian Plate below the advancing orogen. Motion on major thrusts within the orogen has resulted in damaging historical seismicity, whereas south of the Main Frontal Thrust (MFT), the foreland basin is typically portrayed as undeformed. Using two-dimensional seismic reflection data from eastern Nepal, we present evidence of recent deformation propagating >37 km south of the MFT. A system of tear faults at a high angle to the orogen is spatially localized above the Munger-Saharsa basement ridge. A blind thrust fault is interpreted in the subsurface, above the sub-Cenozoic unconformity, bounded by two tear faults. Deformation zones beneath the Bhadrapur topographic high record an incipient tectonic wedge or triangle zone. The faults record the subsurface propagation of the Main Himalayan Thrust (MHT) into the foreland basin as an outer frontal thrust, and provide a modern snapshot of the development of tectonic wedges and lateral discontinuities preserved in higher thrust sheets of the Himalaya, and in ancient orogens elsewhere. We estimate a cumulative slip of ∼100 m, accumulated in <0.5 Ma, over a minimum slipped area of ∼780 km2. These observations demonstrate that Himalayan ruptures may pass under the present-day trace of the MFT as blind faults inaccessible to trenching, and that paleoseismic studies may underestimate Holocene convergence.