New research reveals that Hawaii's Pūhāhonu volcano is the largest and hottest shield volcano on Earth, although it is barely visible as only a portion of its tip is exposed above the seafloor.

Pūhāhonu, a Hawaiian word which means "turtle surfacing for air" (Gardner Pinnacles), lies roughly 1 100 km (684 miles) northwest of Honolulu. It is a shield volcano that stands about 4 500 m (14 764 feet) from the seafloor, from a single source of molten rock.

In a new study, researchers noted that based on a 2014 sonar survey, the volcano contains approximately 150 000 km3 (36 000 mi3) of rock. However, only a third of that volume is visible above seafloor as the rest is buried under a ring of debris, broken coral, and other eroded material from the peak.

A solitary wave in the plume is the reason behind Pūhāhonu's large size and hot lava. Its weight is so massive that it has caused the Earth's crust to gradually sink over millions of years.

From the ocean floor to the peak, the tallest shield volcano on Earth would be Mauna Loa, but it is still nowhere near as gigantic as Pūhāhonu. A 2013 study shows that Mauna Loa's volume is approximately 83 000 km3 (20 000 mi3).

According to another study, Tamu Massif formed along a midocean ridge, rather than over a single source of magma. Thus, Pūhāhonu holds the record for now of the Earth's largest shield volcano. 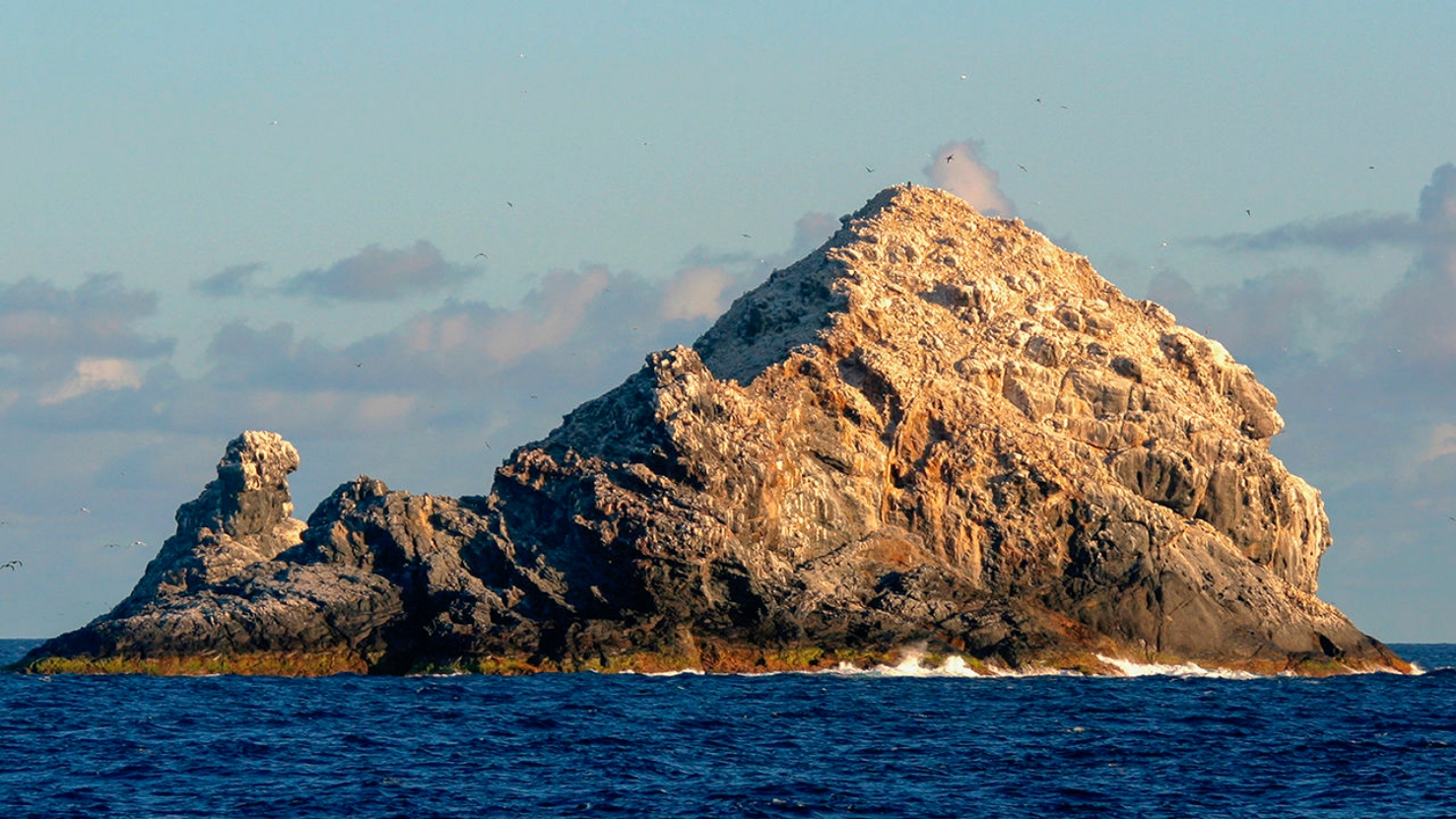 New bathymetric and gravity mapping, refined volume calculations and petrologic analyses show that the Hawaiian volcano Pūhāhonu is the largest and hottest shield volcano on Earth. This ∼12.5-14.1 Ma volcano in the northwest Hawaiian Ridge (NWHR) is twice the size of Mauna Loa volcano (148 ± 29 vs. ), which was assumed to be not only the largest Hawaiian volcano but also the largest known shield volcano. We considered four testable mechanisms to increase magma production, including 1) thinner lithosphere, 2) slower propagation rate, 3) more fertile source, and 4) hotter mantle. The first three of these have been ruled out. The lithosphere was old (∼88 Myrs) when Pūhāhonu was formed, and thus, too thick and cold to allow for greater extents of partial melting. The propagation rate was relatively fast when it erupted (87 km/Myr), so this is another unlikely reason. Source fertility was Kea-like and no more fertile than for other much smaller NWHR volcanoes. A hotter mantle remains the best mechanism to produce the large magma volumes and is consistent with the high forsteritic olivine phenocryst compositions (up to 91.8%) and the calculated high percent of melting (24%). Thus, the gargantuan size of Pūhāhonu reflects its high melting temperature, the highest reported for any Cenozoic basalt. A solitary wave within the Hawaiian plume is the probable cause of Pūhāhonu's higher melting temperature and the resulting increased volume flux given the absence of a more fertile source for Pūhāhonu basalts, as found for many basalts from the Hawaiian Islands.