A high-resolution satellite has captured detailed images of a rocky cliff on Mars, revealing the first evidence of ancient rivers that existed for more than 100 000 years on the surface of the planet, 3.7 billion years ago.

The international team of scientists used imagery and topography taken by NASA's Mars Reconnaissance Orbiter HiRISE camera to examine a rim of the Hellas Basin in the planet's southern hemisphere.

"It is not like reading a newspaper, but the extremely high-resolution imagery allowed us to 'read' the rocks as if you are standing very close to the cliff," author Francesco Salese stated, a geologist at the Utrecht University in the Netherlands and a senior scientist at the International Research School of Planetary Sciences in Italy, in a statement.

"Unfortunately we don't have the ability to climb, to look at the finer-scale details, but the striking similarities to sedimentary rocks on Earth leaves very little to the imagination."

Co-author Dr. Joel Davis, a postdoctoral researcher at the Museum, said, "We've never seen an outcrop with this amount of detail on it that we can definitely say is so old. This is one more piece of the puzzle in the search for ancient life on Mars, providing novel insight into just how much water occupied these ancient landscapes."

The researchers focused their study on a rocky cliff about 200 m (656 feet) high, where the rocks are 3.7 billion years old and are composed of sediments accumulated over time, like the rocks on Earth that were shaped by rivers.

These cliff faces unveiled that "rivers that continuously shifted their gullies, creating sandbanks, similar to the Rhine or the rivers that you can find in Northern Italy," the authors said in the study. 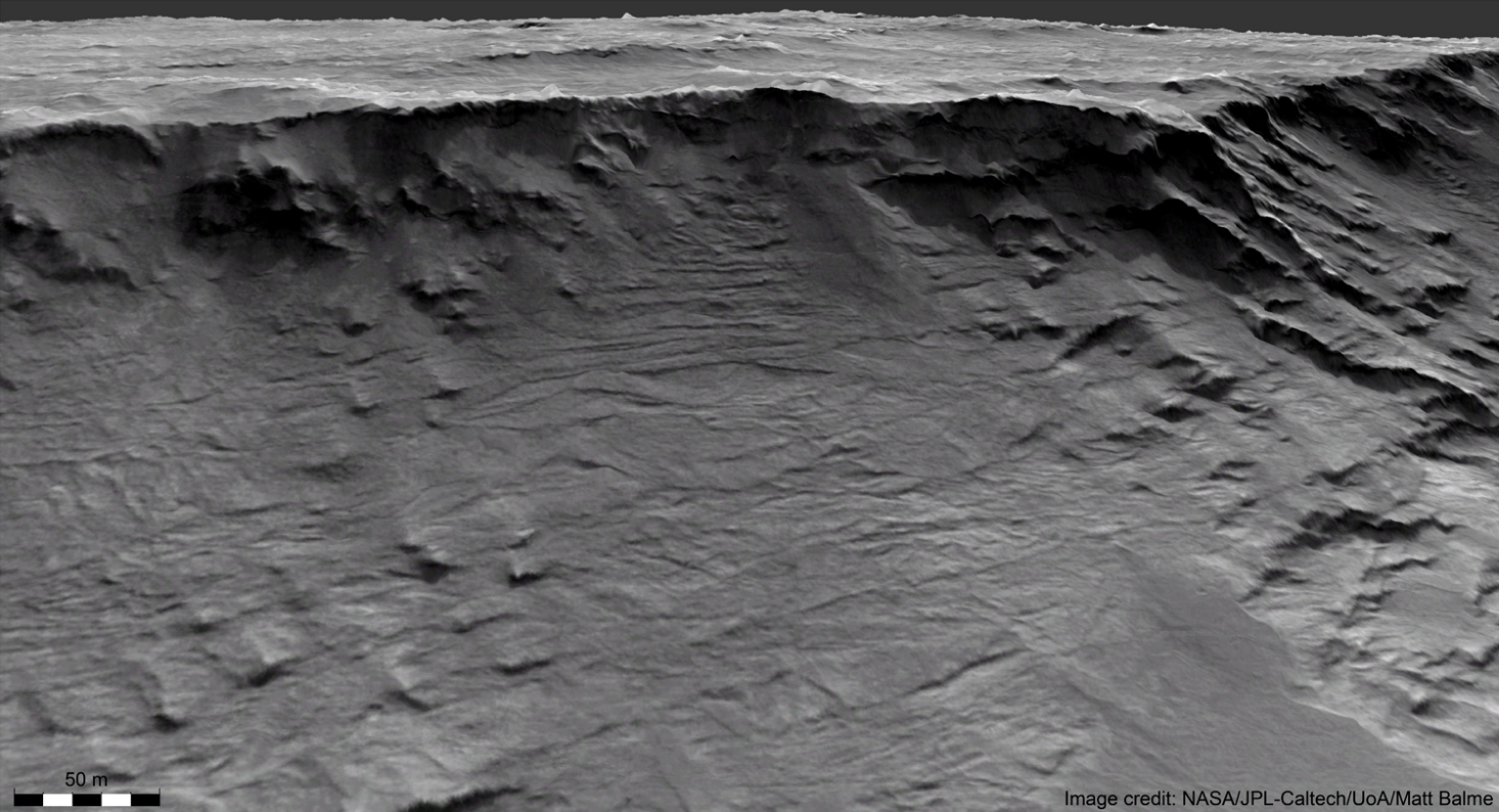 "The rivers that formed these rocks weren't just a one-off event– they were probably active for tens to hundreds of thousands of years," Joel explained.

The evidence provides support that sedimentary rocks from this period may be ideal for the search for proof of life on the red planet.

"Here on Earth, sedimentary rocks have been used by geologists for generations to place constraints on what conditions were like on our planet millions or even billions of years ago," said co-author William McMahon. "Now we have the technology to extend this methodology to another terrestrial planet, Mars, which hosts an ancient sedimentary rock record that extends even further back in time than our own."

Orbital observation has revealed a rich record of fluvial landforms on Mars, with much of this record dating 3.6–3.0 Ga. Despite widespread geomorphic evidence, few analyses of Mars’ alluvial sedimentary-stratigraphic record exist, with detailed studies of alluvium largely limited to smaller sand-bodies amenable to study in-situ by rovers. These typically meter-scale outcrop dimensions have prevented interpretation of larger-scale channel-morphology and long-term basin evolution, vital for understanding the past Martian climate. Here we give an interpretation of a large sedimentary succession at Izola mensa within the NW Hellas Basin rim. The succession comprises channel and barform packages which together demonstrate that river deposition was already well established >3.7 Ga. The deposits mirror terrestrial analogs subject to low-peak discharge variation, implying that river deposition at Izola was subject to sustained, potentially perennial, fluvial flow. Such conditions would require an environment capable of maintaining large volumes of water for extensive time-periods, necessitating a precipitation-driven hydrological cycle.