Torrential rainfall caused extensive damage across the islands, particularly to the infrastructure network. It also resulted in disrupted water supply, landslides, and flash flooding, trapping some individuals in raging waters.

The Panagiotiko dam in the municipality of South Pilio overflowed, reaching its highest level ever.

Among the worst affected was the municipality of Zagora-Mouresi, where major landslides and widespread damage were reported, especially on roads.

In Zagora-Horefto, rockfalls and mud made roads impassable in many areas. In Skopelos, continuous rains also inflicted damage to the provincial and rural networks, as well as the sewerage network. A wide swath of the island lost supply to water on Monday, April 6, while several areas have been flooded. 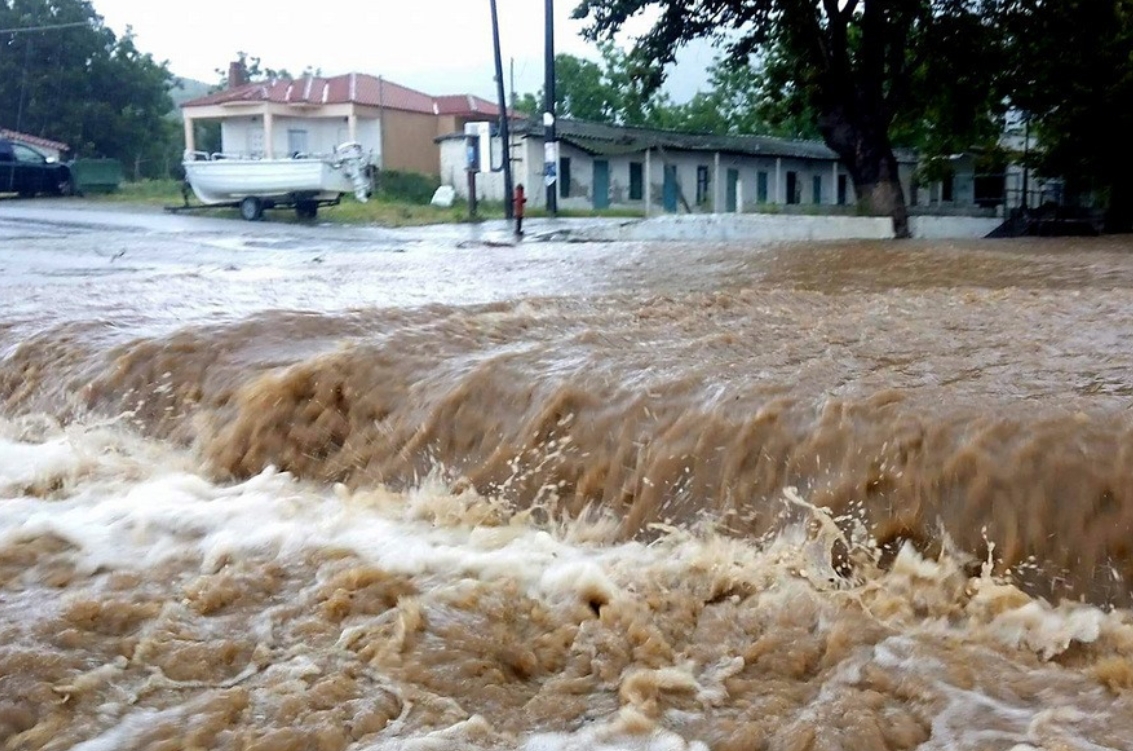 Meanwhile, in Biotia, heavy rains flooded roads, nearly drowning two people in a vehicle. The 50-year old driver said he underestimated the water level. Both were rescued by Fire Brigades and were taken to the local health center.

Many parts of the northern and central Greece were blanketed by rare spring snow at the beginning of April, according to local media. The mountainous areas of Evrytaia, Pthiotis, as well as areas in Thessaly, recorded heavy snow. Some places saw more than 30 cm (11.8 inches) in just a few hours.

As of Wednesday, April 8, the Meteoalarm issued yellow warnings for winds and rain. The severe weather is forecast to weaken by Thursday, April 9, as the front moves to the central and southern parts of Greece.