Researchers at the National Disaster Surveillance and Early Warning Center (CEMADEN) have revealed that the extreme rainfall days in metropolitan Sao Paulo in Brazil have increased four-fold in 70 years. The study also showed a rise in the number of consecutive dry days, indicating that intense rainfall events are focused on shorter and widely-spaced periods.

In a study by CEMADEN, it was shown that both the total rainfall and the frequency of extreme rainfall events in metropolitan Sao Paulo have risen significantly in the past seven decades. 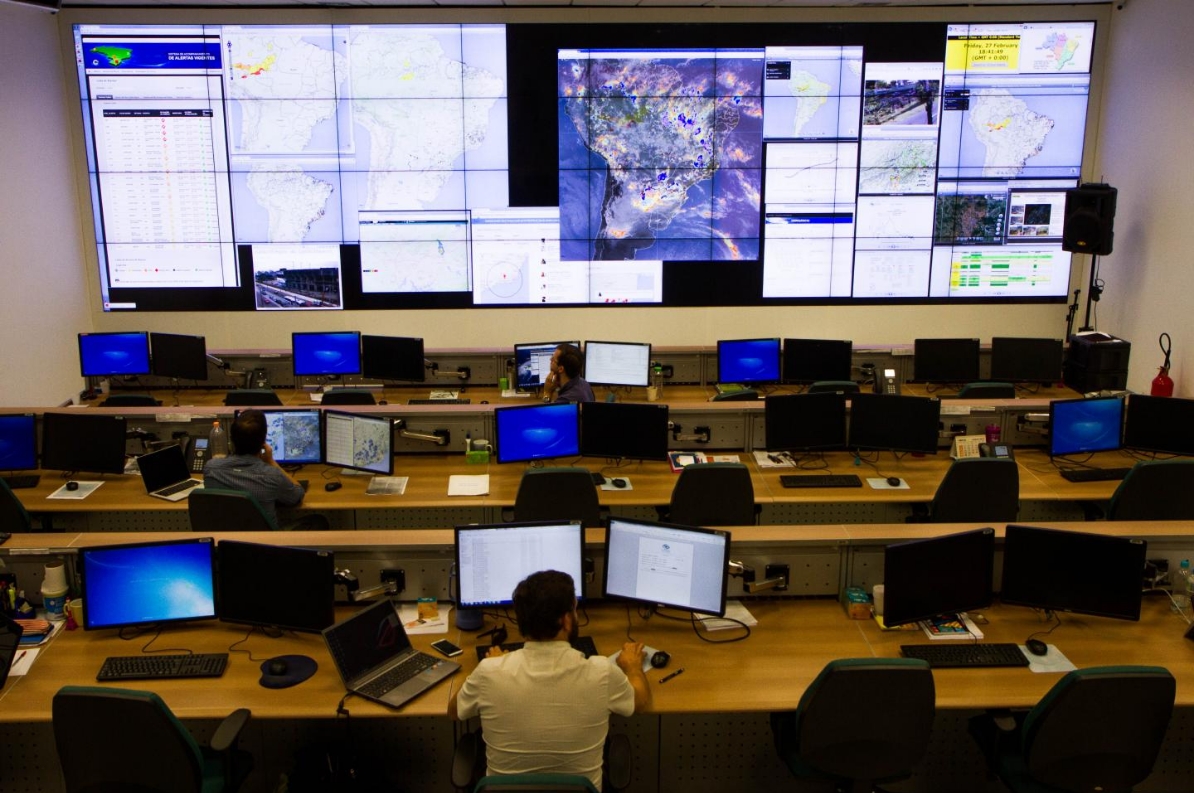 The researchers examined information acquired by INMET's weather stations at IAG-USO and Santana Lookout in the city's northern area. The analysis showed a rise in the number of days with heavy rain, as well as in the frequency of rainfall extremes, particularly during the spring-summer season or the rainy season.

The dry season used to take place between April and September in most parts oft he state, but it has lasted until October in the recent decades. The number of consecutive days without rainfall has also increased, indicating that heavy rainfall events occur in fewer days, interrupted by longer periods of dry weather.

Convective rainfall is most likely to happen, with lesser cold nights and more hot days, increasing the frequency and strength of intense rainfall.

"We observed a long-term trend in this kind of weather event, with very strong signs that climate change is in progress," Marengo explained.

Records from the weather stations showed a four-fold increase in the number of days with rains surpassing 100 mm (4 inches), between the years 2000 and 2018, as compared with those from the 1940s or 1960s.

It also showed a rise in total rainfall, frequency and intensity of heavy downpour, and in the frequency of consecutive dry days in the 1931-2017 period.

"This suggests that the increase in total rainfall in São Paulo in recent decades was due to an increase in 'heavy' precipitation, concentrated in fewer days and with longer dry spells in between," Marengo noted.

"An extreme rainfall event isn't itself a natural disaster. So-called natural disasters actually result from a combination of factors ranging from climate and weather to urban, economic and social phenomena," Marengo stated.

"In other words, they're also anthropogenic disasters that result from human action, not just climate."

Most states in the country suffer from flooding, but Sao Paulo sees the worst of it, accounting for 33.36 percent of cases, followed by Santa Catarina with 11.25 percent of cases.

Around 170 river inundations and flash floods were recorded between 2014 and 2018, with flash floods causing more fatalities and serious injuries, followed by landslides.

"Landslides, for example, only kill people because they're forced to live in high-risk areas where no one should build a home. The streets only fill up with water because the rivers have been channelized and buried, and the city's surfaces are sealed with asphalt and concrete."

"Trends in extreme rainfall and hydrogeometeorological disasters in the Metropolitan Area of São Paulo: a review" – Marengo, J. A. et al. – Annals of the New York Academy of Sciences – DOI: 10.1111/nyas.14307

Our paper reviews recent progress in the study and understanding of observed trends in extreme rainfall events in the Metropolitan Area of São Paulo (MASP). These are discussed in relation to hydrometeorological hazards that trigger natural disasters, such as flash floods, landslides, and droughts, that affect the population and local economies. A review of the most updated literature on rainfall and extremes in the MASP shows a significant increase in the total volume of rainy‐season rainfall during the last seven decades. While there were practically no days with heavy rain (more than 50 mm) in the 1950s, these days have been occurring two to five times a year in the last 10 years. This, together with the inappropriate occupation of risky areas, such as slopes and banks of watercourses, leads to inundation, flooding, and landslides. Changes in extremes can be partly due to natural climate variability but can also be related to global warming and/or urbanization. There is ample evidence of an increasing risk of rainfall‐related hazards in the MASP. This is particularly so for landslides in vulnerable areas. Exposure will continue to lead to risk increases. This calls for significant improvement in climate and disaster risk reduction and management efforts in the MASP region.