February 2020 is the wettest February for the United Kingdom since record-keeping started in 1862. The record comes after powerful storms Ciara, Dennis, and Jorge dumped 44% of the month's rainfall, smashing the previous record set in 1990. Last month was also the 5th wettest of any calendar month, as well as the 5th wettest winter and 5th mildest.

Among the top ten wettest winters in the country, four have happened since 2007 and seven since 1990. Associated with these changes, the Met Office noted that there was a 17 percent increase in the overall rainfall from extremely wet days.

"A paper published in 2014 showed the 2010s contain more monthly to seasonal UK rainfall records than any other decade in the observational record," said Dr. Mark McCarthy, head of the Met Office's National Climate Information Center. 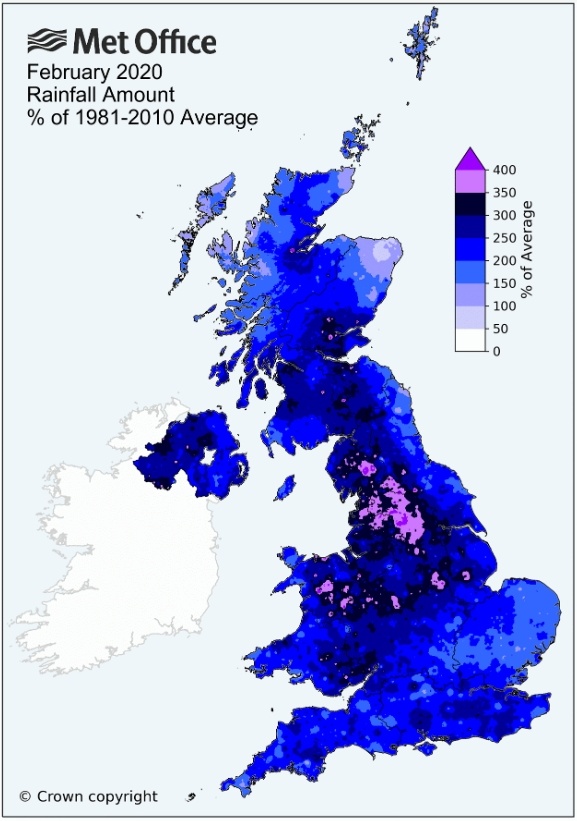 February's record-breaking weather was also consistent with a study by the weather bureau published in 2017, which showed a high probability of one or more regions in the country experiencing record monthly rainfall every winter in the present climate.

The office said that the current rainfall record is spot on with the Met Office's calculations for the government's National Flood Resilience review in 2016, which took into consideration current climate change and its natural variability range. 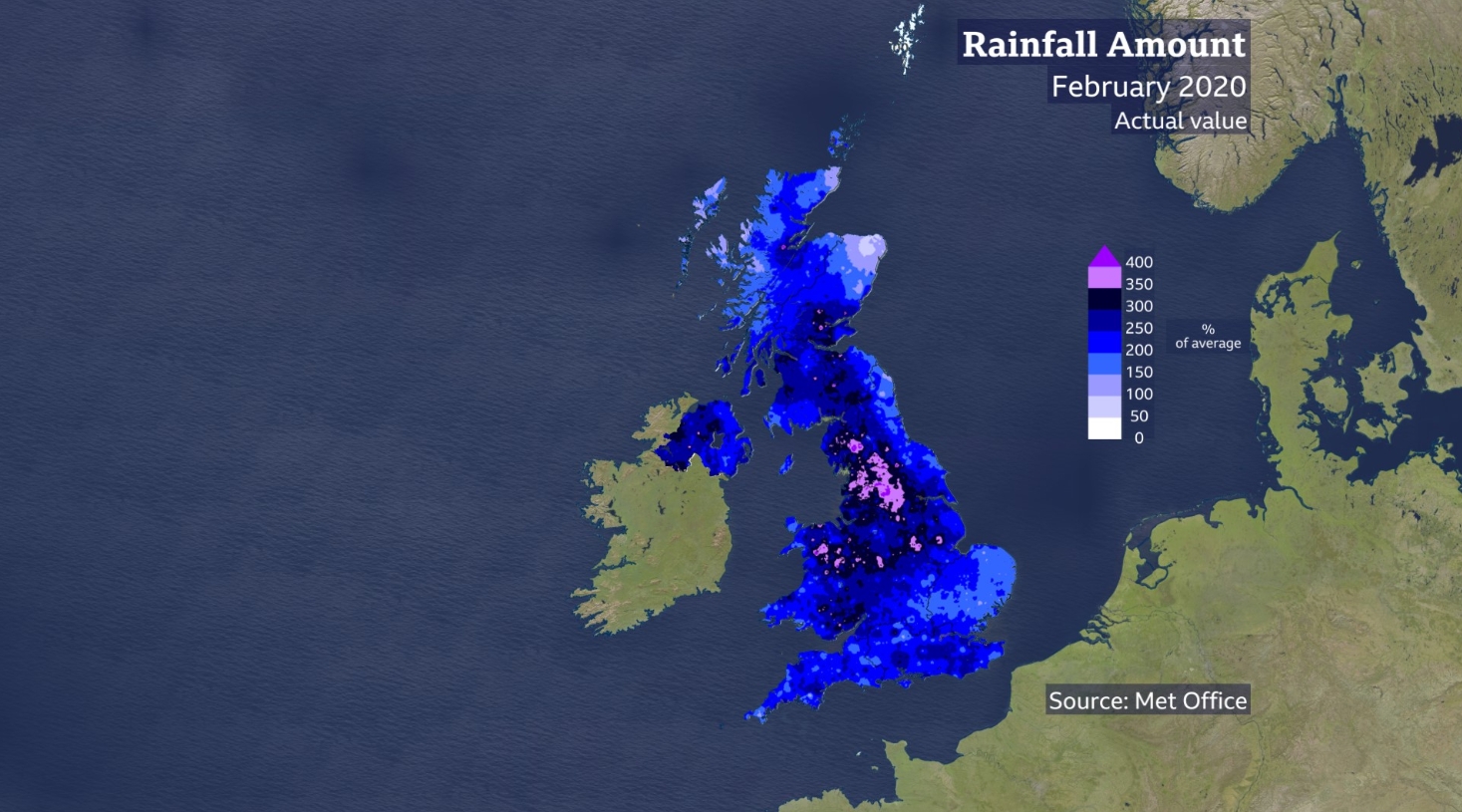 "In that report and the subsequent science paper, we showed that there is a one-in-three chance of one or more UK regions experiencing record monthly rainfall each winter," said professor Adam Scaife, head of the bureau's long-range forecasting.

The method used is called the Unprecedented Simulated Extremes using Ensembles (UNSEEN), which utilized thousands of winter simulations run by supercomputers to estimate the likelihood of record rainfall.

"In recent times, we have seen events for which there was no observational precedent but using the UNSEEN method, large numbers of computer simulations of UK winters can tell us about the really extreme cases, like February 2020, that break the current record," Scaife stated.

"The record February rainfall is in agreement with these estimates based on the latest science and we should expect similar events in coming years." 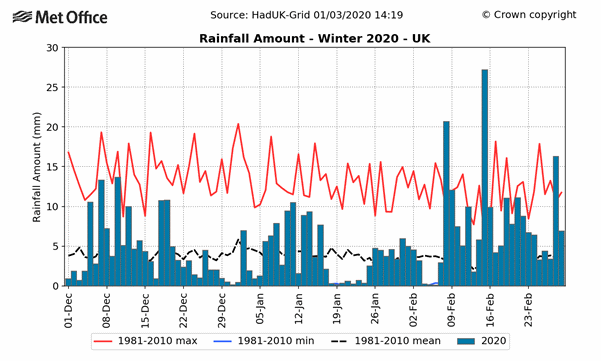