After a preliminary damage survey on March 4, 2020, the National Weather Service (NWS) confirmed that the twisters that caused destruction in Middle Tennessee on March 3, particularly in Nashville, were EF-3 and EF-4, with powerful winds up to 282 km/h (175 mph). As of March 5, there are 25 confirmed fatalities, more than 150 injured, and at least three still unaccounted for. At least 48 buildings were destroyed.

According to NSW's preliminary surveys, the first tornado began in far western Davidson County at 06:32 UTC (00:32 LT), strengthening into EF-2 with 209 km/h (130 mph) winds as it tracked across John C. Tune Airport, into the areas of North Nashville and Germantown areas.

The twister further intensified into EF-3 with winds up to 225 km/h (140 mph) as it moved into East Nashville, with the most major damage around the Five Points community.

It continued across the Cumberland River before the tornado picked up to EF-3 intensity in the Stanford Estates subdivision in Donelson.

For the third time, the tornado powered up into EF-3 with up to 257 km/h (160 mph winds) as it entered Wilson county with a 9.7 km (6 miles) swath of damage observed near the Mount Juliet area.

The twister dissipated at 07:28 UTC (01:28 LT) about 5.9 km (3.7 miles) west of Gordonsville in Smith county. NSW noted that this is "subject to change pending final review of the event and publication in NWS Storm Data."

Meanwhile, the second tornado was confirmed to have severely impacted the Putnam county, which was rated EF-4. The twister occurred at around 07:45 UTC (01:45 LT).

Maximum winds of up to 282 km/h (175 mph) were recorded in the area, which shredded buildings and establishments, killed at least 18, injured 88, and left around three others missing.

According to local reports, the tornado moved east along the U.S. Route 70N toward Cookeville. It proceeded to rip through neighborhoods in Double Springs and the west side of Cookeville, then continued east before it lifted prior to reaching Tennessee Technological University.

However, this second tornado's exact path and width are yet to be determined by the NSW as "surveys are still ongoing."

"NWS Nashville still needs to survey damage in Putnam County. This survey will begin once it becomes safe to do so," the weather service noted.

Before the tornado struck Germantown and East Nashville, it made a direct hit on John Tune Airport in West Nashville: 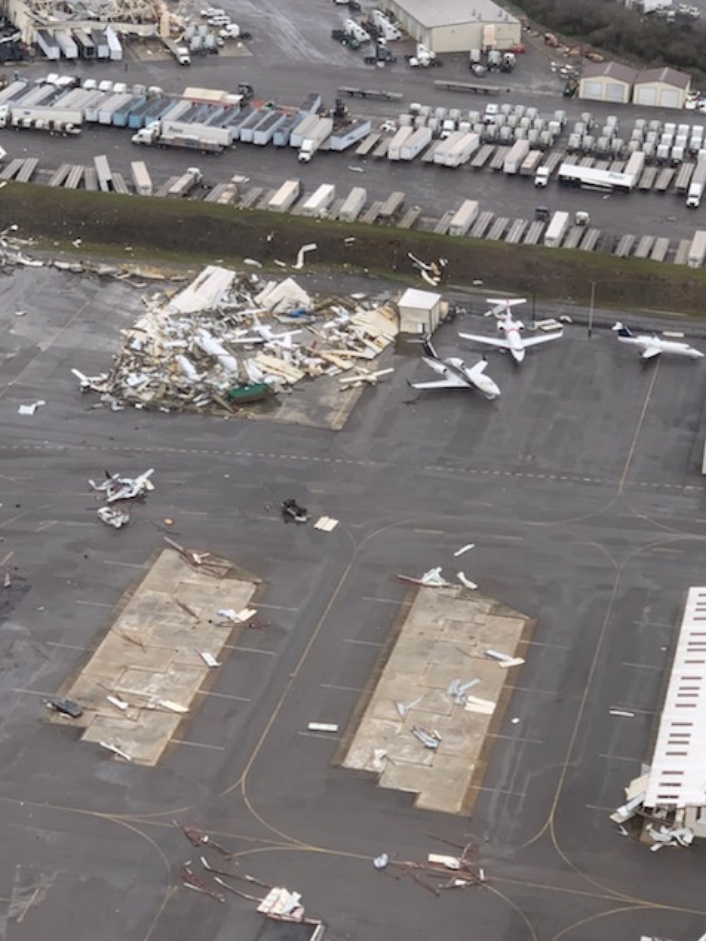 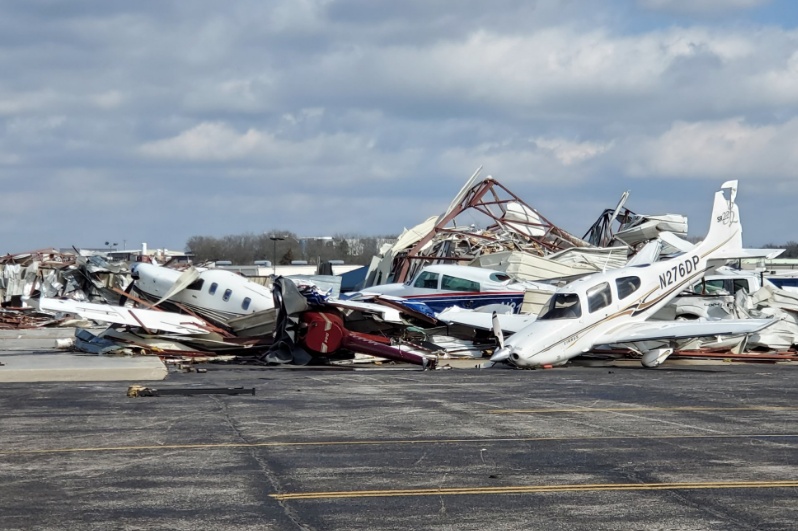 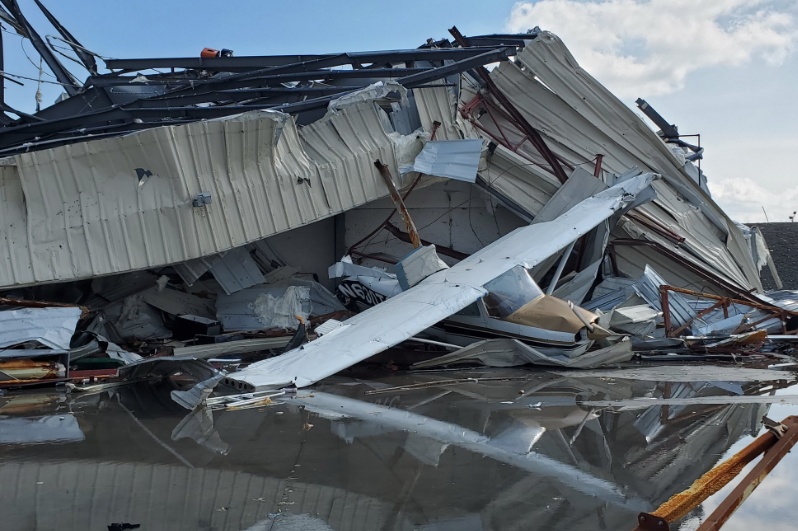 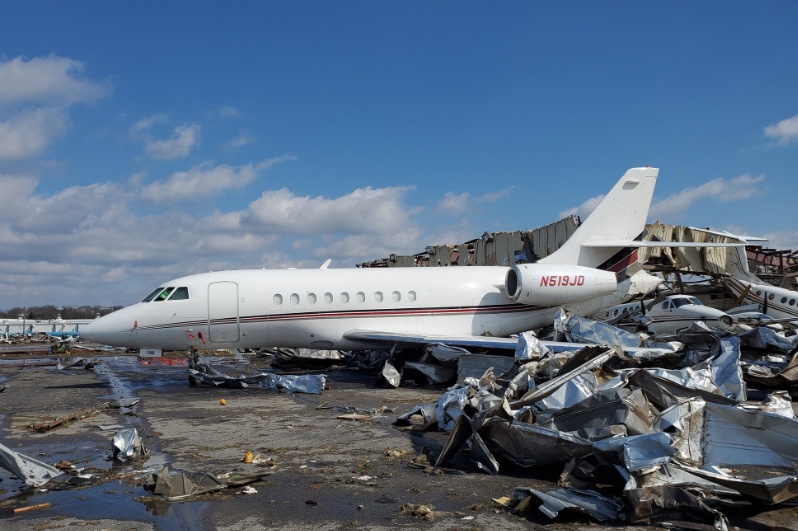 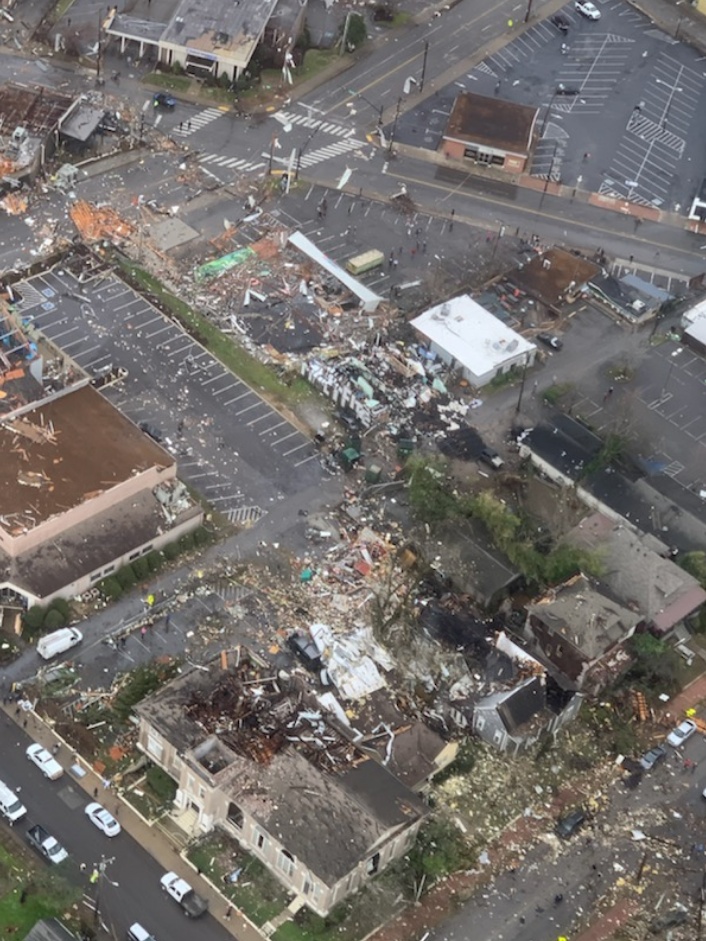 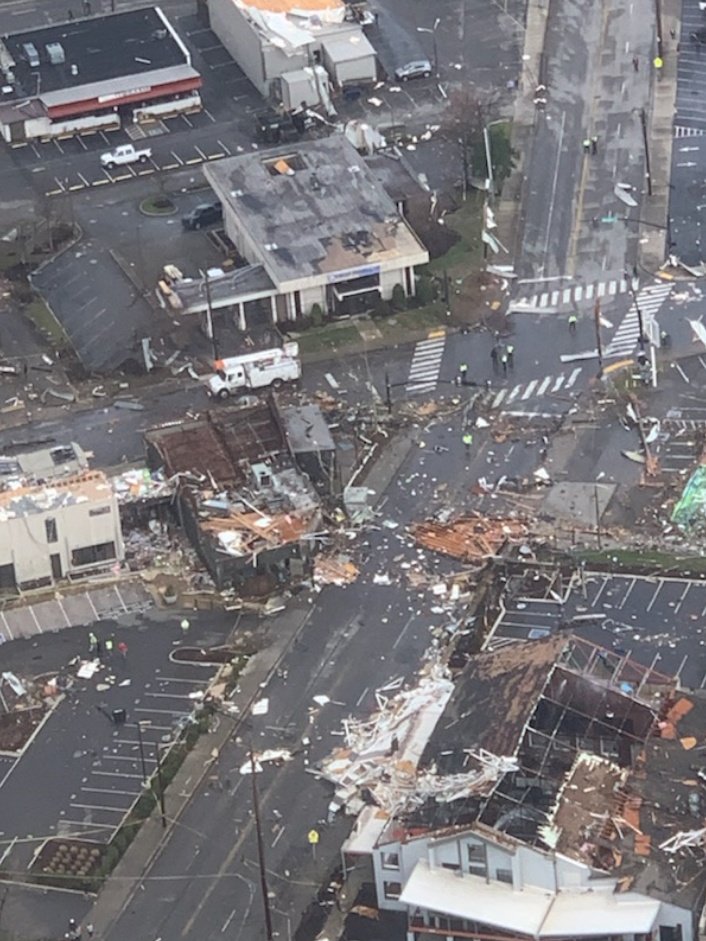 As of Thursday, March 5, at least 25 people have lost their lives, which included five children. More than 150 people sustained injuries, with at least two in critical condition. Officials reported that three people remain unaccounted for.

Power was also cut to more than 70 000 customers, with nearly 40 000 people still without electricity on Wednesday night, according to the Tennessee Emergency Management Agency.

The weather service said this has been the first violent tornado in the NWS Nashville forecast area– which comprises 38 counties in Middle Tennessee– since the 2009 tornado outbreak.

This was also the deadliest in Tennessee since around 2011, and overall the second most lethal tornado event in the history of Tennessee, according to the National Oceanic and Atmospheric Administration's Storm Prediction Center.