An intensifying winter storm is set to dump heavy snow and generate gusty winds from a huge portion of the Midwest through the Great Lakes into the northeastern U.S. through Thursday, February 27, 2020, according to the National Weather Service (NWS).

The storm system is seen evolving across the Midwest and Ohio Valley on Tuesday morning, February 25, with snow expected to form from northeast Missouri to southern Michigan as the surface low strengthens, while "a shortwave impulse arrives from the central plains," NWS wrote in its forecast.

Southeast Michigan is expected to see the greatest snowfall totals, where 15.2 cm (6 inches) of accumulation or greater is likely, while lighter amounts are expected to extend towards the southwest, across central-northern Illinois and northeast Missouri.

NWS said moderate snow along with light freezing rain is possible across northern New York and northern England by Wednesday, February 26, as well as rain near the Interstate 95 corridor. 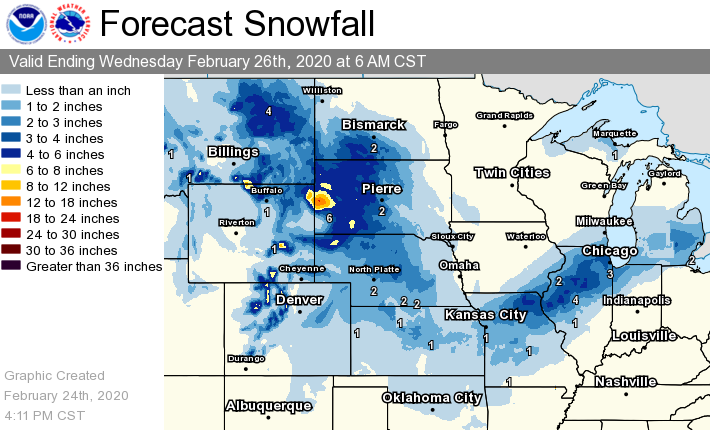 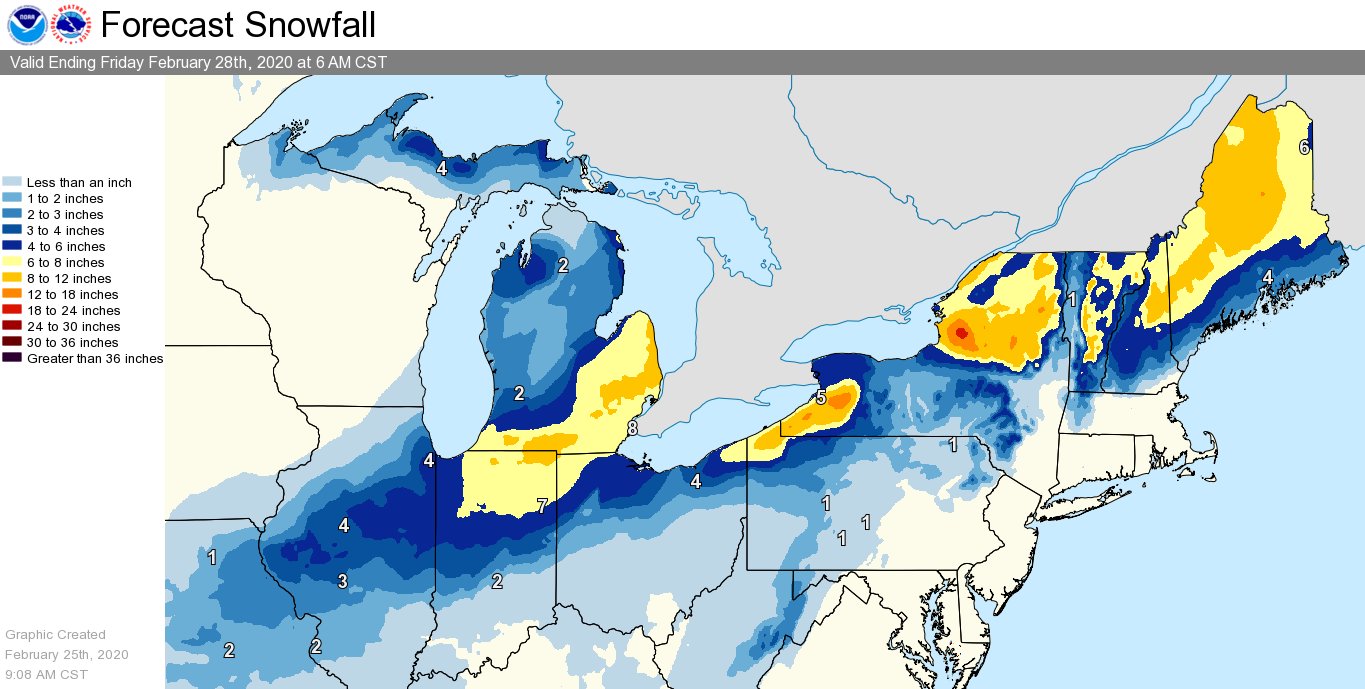 Much of the heaviest rainfall will have exited the coast by Tuesday morning, but around 25 to 51 mm (1 to 2 inches) of rain is likely through the evening.

Moreover, multiple rounds of light to moderate rain are forecast across the northern Mid-Atlantic region as the surface low arrives, dumping more than 25 mm (1 inch) of rain across parts of Pennsylvania.

Meanwhile, a cooler airmass will settle in behind the cold front across the East Coast by Thursday. As the cold air tracks southward over the Great Lakes, lake-effect snow is forecast to pick up across the region.

According to AccuWeather, the cold front will bring winter-like air mass into the weekend. Citizens will see whiteouts, drifting snow, and travel delays as a lingering chill signal a cold end to February.