An earthquake swarm is in progress at the Michoacan-Guanajuato volcanic field, Mexico. At this time, it's unclear whether the quakes are volcanic or tectonic in origin. The zone contains over 1 400 vents and covers an area of approximately 200 x 250 km (125 x 155 miles) in the states of Michoacan and Guanajuato. The last known eruption in this region took place at Paricutin volcano from February 20, 1943 – February 25, 1943 (VEI 4).

The center of the crisis is near the town of Uruapan (population 315 000), the second-largest town in the state of Michoacan. The town is located at the western edge of the Purépecha highlands, just to the east of the Tierra Caliente region.

According to the CENAPRED, more than 1 800 earthquakes were recorded since January 5, 2020. The largest were two M4.1, registered on January 23 and 30. The agency has sent teams to conduct further surveys and identify the source of seismicity.

Despite the number of earthquakes, there are no reports of damage. 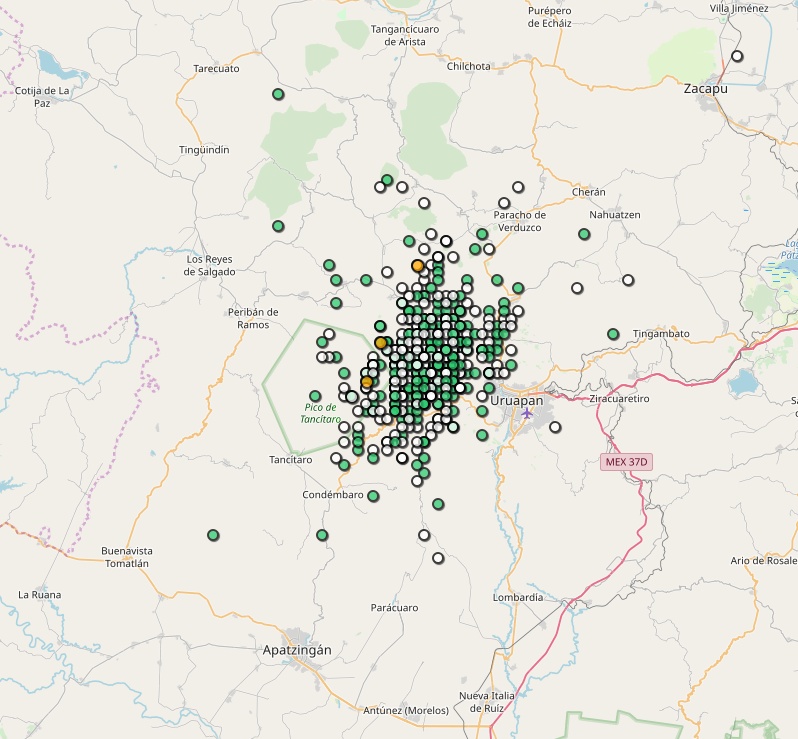 The distribution of seismicity shows that it develops at a depth of about 40 km (25 miles), which roughly corresponds to the thickness of the crust in the area. In the past, several similar swarms of purely tectonic origin were recorded in the area, with the most recent in 2006.

Michoacan is a seismically active region, with several major earthquakes along the coast, including M8.1 and M7.6. Over the past 10 years, SSN has reported 10 seismic events with magnitudes greater than 5.0.

In February and March 1997, an earthquake swarm was detected near the Tancitaro volcano, in the southern part of the Michoacan tectonic triangle complex.

Authorities advise residents not to listen to rumors and follow the information provided by CENAPRED and Civil Protection.

Parícutin, the best-known feature of the Michoacán-Guanajuato volcanic field, was born in a cornfield in 1943.

An estimated 4 500 cattle and 550 horses died during the heavy ashfall in the early months of the eruption, devastating the local people who depended on the animals for food, plowing, and transportation.

Ashfall was deeper than 15 cm (0.5 feet) over a 300 km2 (115 mi2) area around the volcano, and continued with varying intensity throughout the 9-year-long eruption.

Parícutin is seen here from the NE with 3 842-m-high (12 604 feet) Cerro de Tancítaro, the highest peak of the volcanic field, in the background. 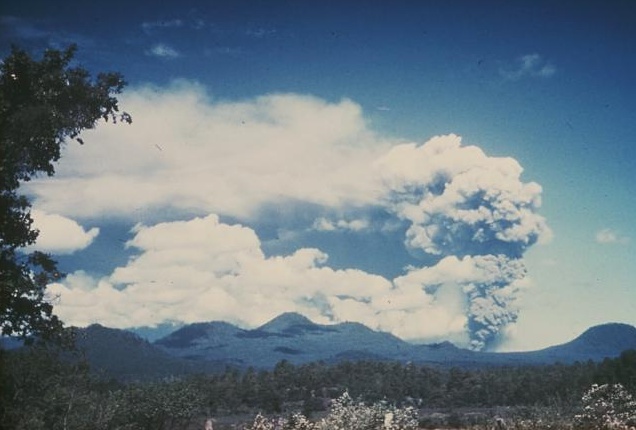 An ash column rising above Parícutin is seen on June 9, 1943 from the Uruapan highway east of the volcano. Prevailing winds distribute the ash plume to the south. Others of the more than 1 000 cinder cones of the massive Michoacán-Guanajuato volcanic field appear on the horizon. Photo by William Foshag, 1943 / Smithsonian Institution. 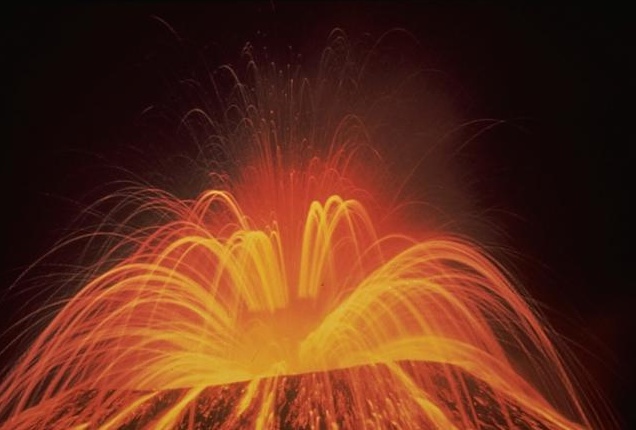 A roughly 15-second time-exposure at night shows the incandescent trajectories of ejecta from Parícutin on August 1, 1943, during the early stages of the 1943-52 eruption. Periodic large explosions observed at this time burst huge lava bubbles in the vent, rapidly ejecting large masses of incandescent orange spatter. Photo by Carl Fries, 1943 / U.S. Geological Survey.

Sequential profiles in the image below show the progressive growth of the Parícutin volcano. The bulk of the volcano's growth took place during the first year (darker red profiles), after which cone growth slowed for the following two years.

Dashed lines at the left show the cone's profile prior to a major slump of the northern flank on June 9, 1943, produced when part of the cone was carried away by rapid lava effusion from the base of the cone. The final cross-section made in 1974 shows the cone's profile two decades after the end of the eruption. 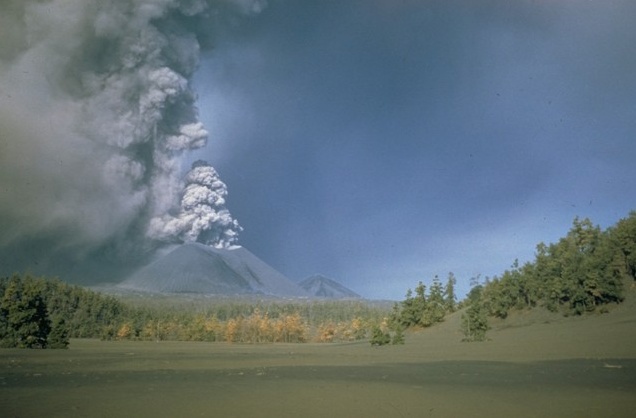 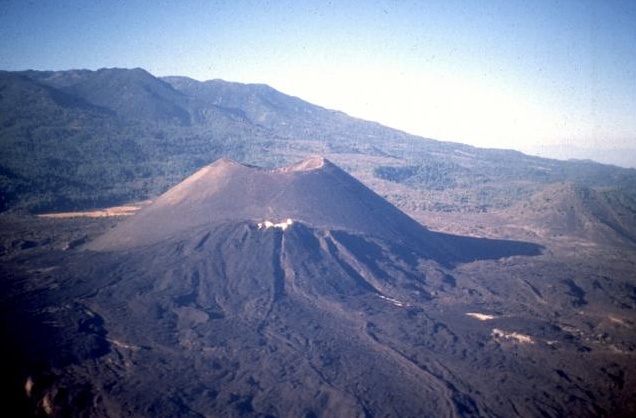 The shield volcanoes are mostly Pleistocene in age, and have morphologies similar to small Icelandic-type shield volcanoes, although the Michoacán-Guanajuato shields have higher slope angles and smaller basal diameters.

Jorullo, which was constructed in the 18th century, and Parícutin, which grew above a former cornfield during 1943-52, are the two best known of the roughly 1 000 small volcanic centers scattered throughout the volcanic field. (GVP)