Tropical Storm "Raymond" formed at 15:00 UTC on November 15, 2019, off the coast of western Mexico as the 19 named storm of the 2019 Pacific hurricane season. While there are currently no coastal watches or warnings in effect, interests in the southern Baja California peninsula should monitor the progress of Raymond. 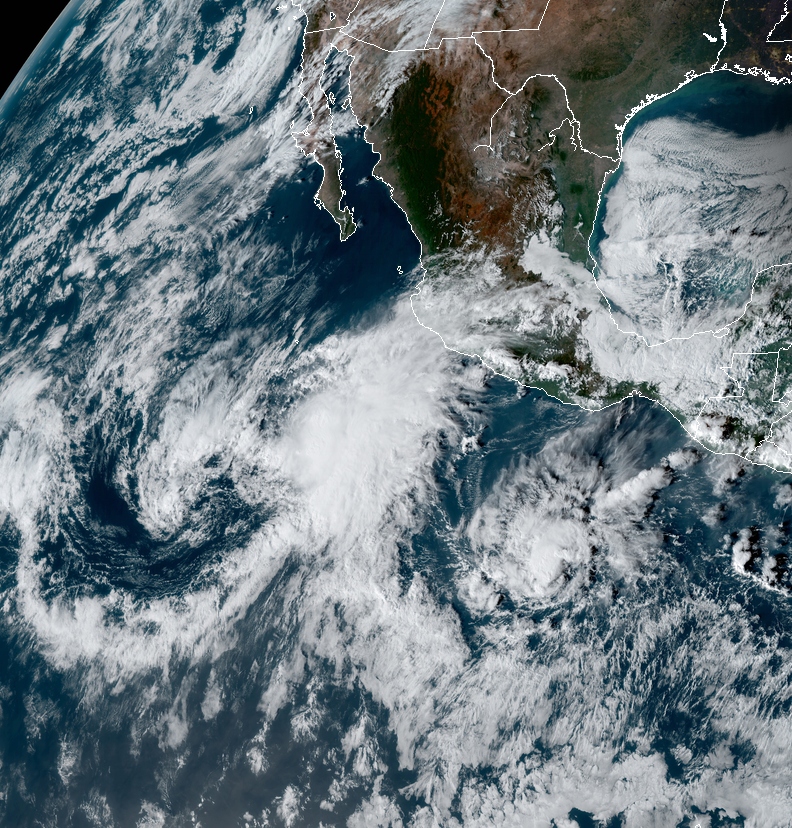 "Raymond jogged west-northwestward overnight, but it is expected to resume a motion toward the north-northwest near 15 km/h (9 mph). A turn to the north is expected later today, and a northward to north-northeastward motion should then continue through Sunday night," NWS forecaster Brown noted.

On the forecast track, the center of Raymond is expected to be near the southern tip of the Baja California peninsula late Sunday or early Monday, November 18. 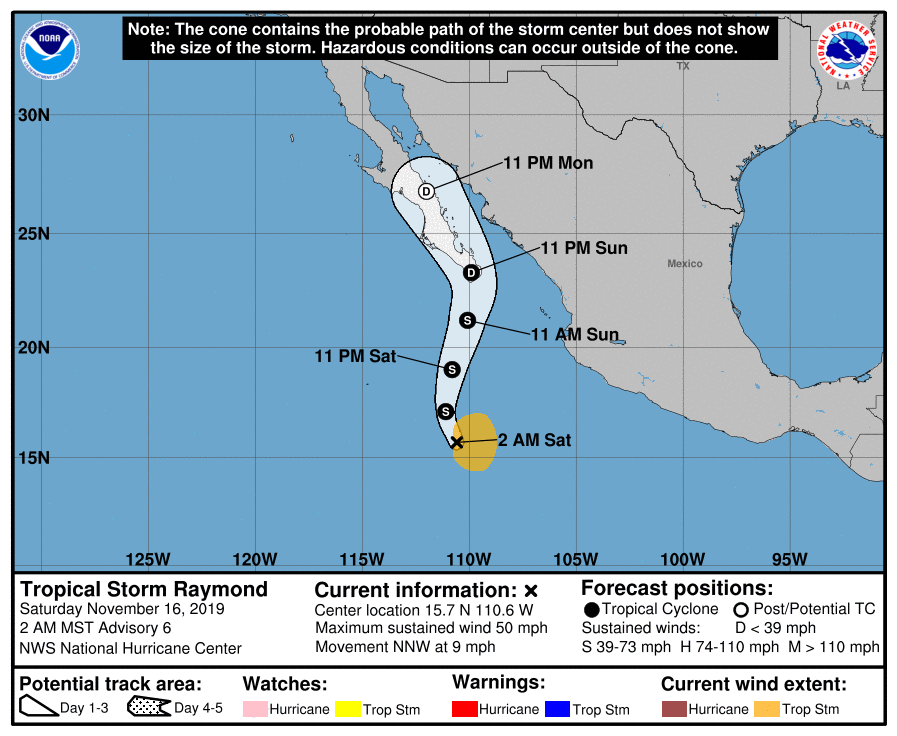 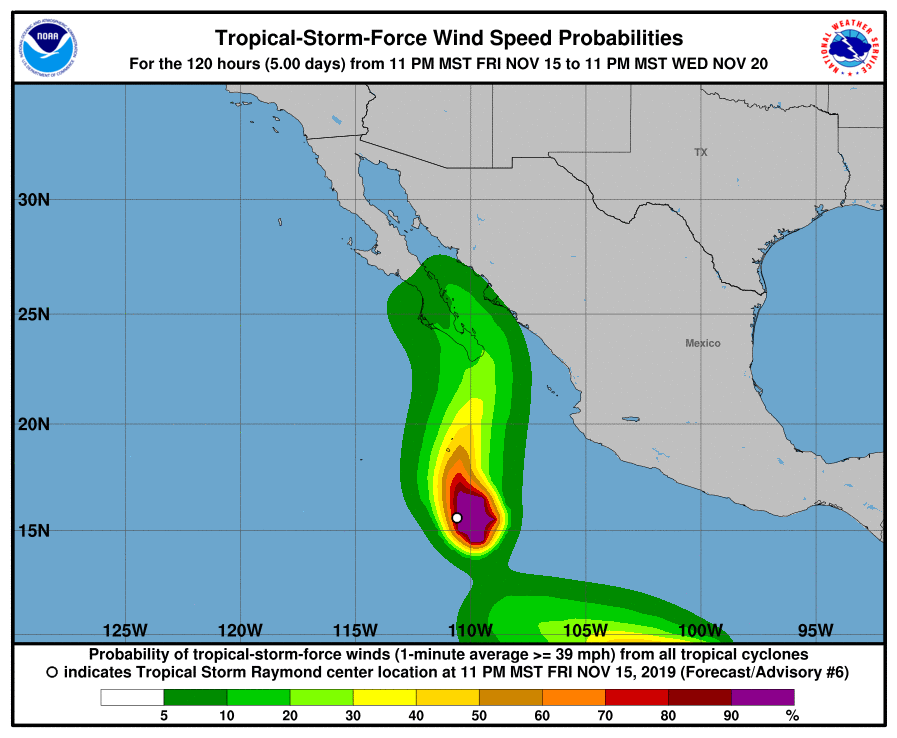 Weakening is forecast to begin Saturday night and continue through Monday. Raymond is forecast to weaken to a tropical depression when it nears the southern tip of the Baja California peninsula late Sunday and should degenerate into a remnant low on Monday.

Tropical-storm-force winds extend outward up to 125 miles (205 km) primarily to the east of the center.

Raymond is expected to produce total rainfall accumulations of 75 – 130 mm (3 – 5 inches) across the southern portions of Baja California Sur with isolated maximum amounts of 250 mm (10 inches).