​"There is a possibility that an eruption will occur of a magnitude similar to the one in January when pyroclastic flows reached a point 1.9 km (1.2 miles) from the crater," JMA said.

With Alert Level raised to 3, residents and tourists are warned not to approach the danger zone.

Activity at Kuchinoerabujima is exemplified by interim explosions and periods of high seismicity.

Recent activity has occurred at two composite volcanoes, Shindake and Furudake. Phreatic explosions and Vulcanian eruptions have occurred at Shindake in historical record, that is after 1841, and were frequently accompanied with mudflows. Eruptions with pyroclastic flows occurred at Furudake about 200 years ago. 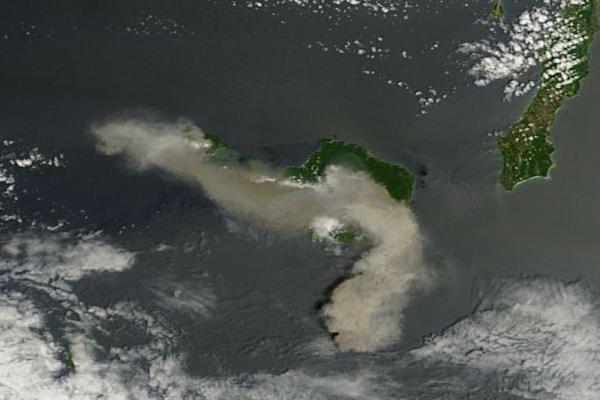 The eruption of Kuchinoerabujima in 2015. Credit: NASA Terra/MODIS