A rapidly intensifying storm developing across the Mid-Atlantic will move quickly into New England by Thursday, October 17, 2019. The storm will produce heavy rainfall and localized flooding across these areas. Additionally, strong winds may cause some tree damage and power outages through Thursday. The storm system is developing following an Alberta Clipper system heading through the Midwest and merging with another storm.

Strong winds and rains, snows, and high surf are also to hit the areas midweek, reports said. The strongest rain is expected to fall late Wednesday into Thursday afternoon, with a forecast of 25 – 75 mm (1 – 3 inches) of rainfall.

Hudson Valley in New York and some parts of New England might see excessive downpours and flooding concerns, although heavy rains will probably hit as far south as the Delmarva Peninsula. 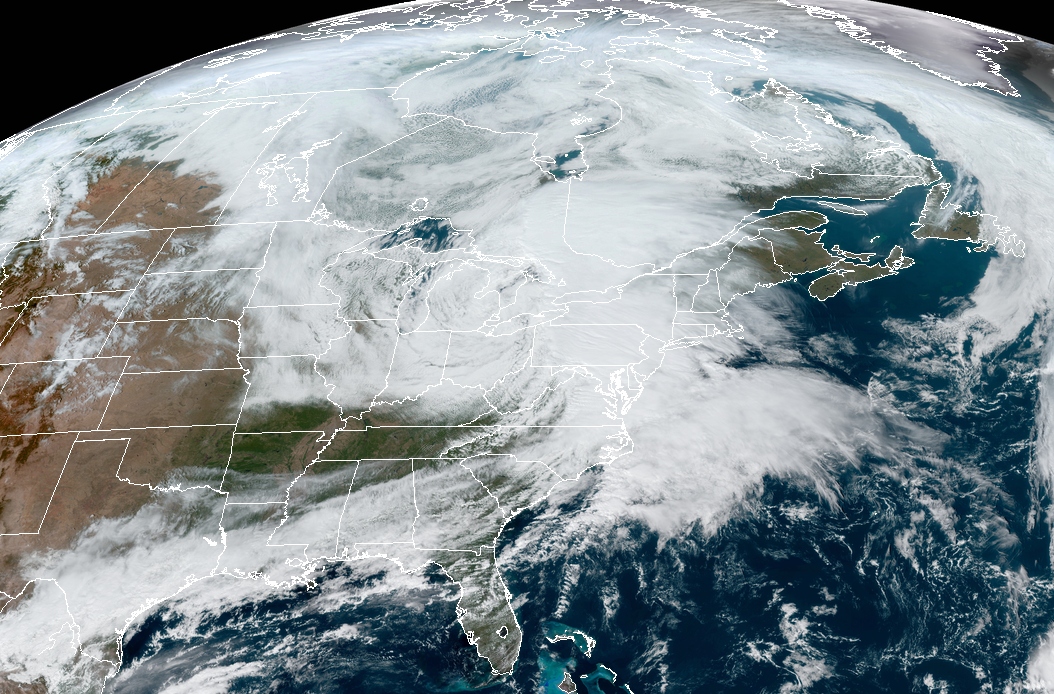 The mountainous lands of northern New England and the Adirondack mountains in New York have the best chance of receiving snowfall. Light accumulations will be expected in the central Appalachian Mountains, eastern West Virginia, western Maryland, and southwestern Pennsylvania.

Sustained gusts from the northeast may result in minor coastal flooding in New England on October 17, while high waves may also occur, posing risks to sailing.

A cool northwest wind behind the front will maintain the temperature below average for a large portion of the northern United States. Meanwhile, the weather on the East Coast and Great Lakes will feel like fall as high temperatures will occur prior to a warm-up over the following weekend.

High winds battering the Great Lakes as the clipper system moves out of the region, heading for the Northeast later this evening and into tomorrow. #NewEngland pic.twitter.com/HAQ5OuwazY

Rain will be fallin' and trashcans will be blowin' as a powerful Nor'Easter will develop offshore and track into the Northeast today into tomorrow. pic.twitter.com/xex5jggx3O