Humberto intensified into a Category 1 hurricane on September 16, while turning to the northeast. On the current forecast track, the center of Humberto is forecast to approach Bermuda late Wednesday or Wednesday night (EDT). Large swells are affecting much of the southeastern United States.

A turn toward the east-northeast is expected later today, followed by an east-northeastward motion with a gradual increase in forward speed tonight through early Thursday. 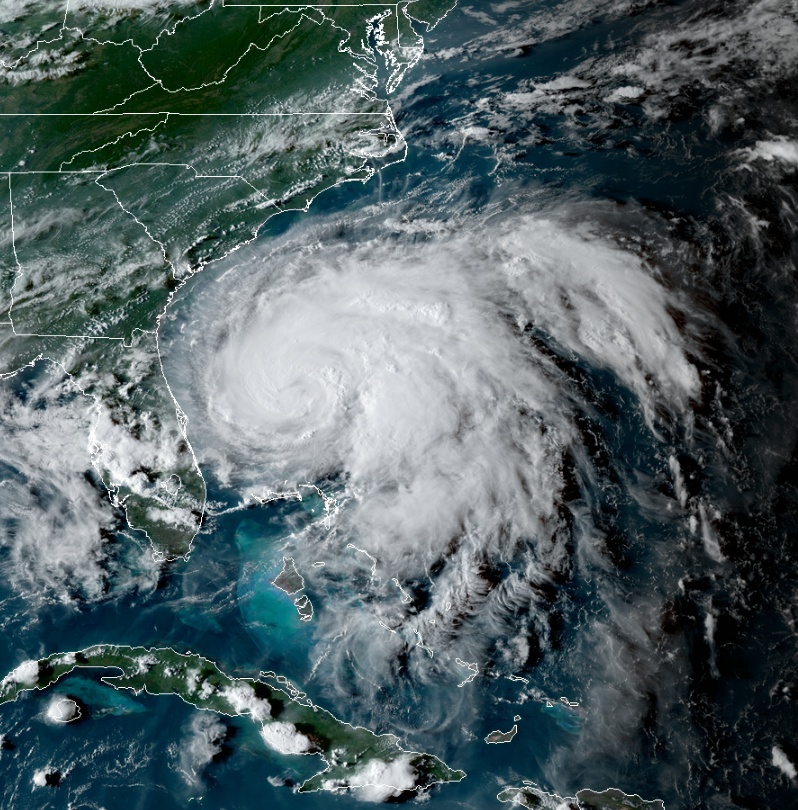 Humberto is likely to continue intensifying during the next day or so while it moves over the warm waters of the Gulf stream and the shear is not expected to be prohibitive, NWS forecaster Brown noted.

"The updated NHC forecast depicts a faster rate of strengthening over the first 36 hours than before, and is at the upper end of the guidance through that time. By 48 hours, increasing westerly shear should slow the intensification process, but baroclinic forcing caused by a mid-latitude trough is likely to help the cyclone remain strong until it begins its extratropical transition later in the period."

On the forecast track, the center of Humberto is forecast to approach Bermuda late Wednesday or Wednesday night. 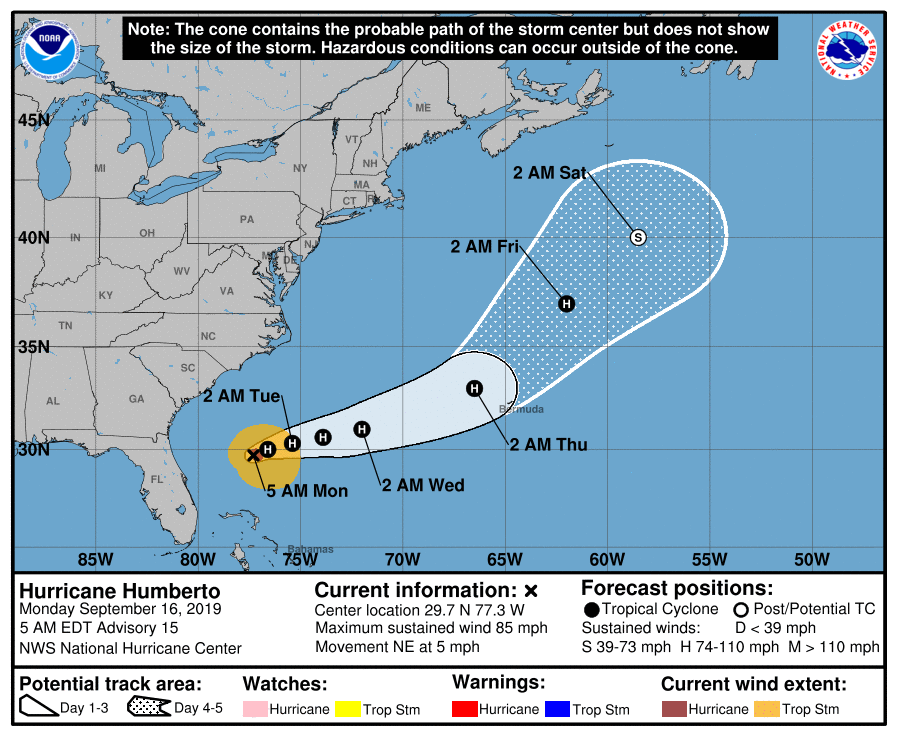 "The track guidance is in good agreement through 72 hours, and the confidence in that portion of the forecast is quite high," Brown noted.

"After that time, the forecast confidence decreases quite a bit as the model spread becomes unusually large. This is due to differs in how Humberto interacts with a broad through establishing over the western Atlantic.

"The GFS and HWRF show Humberto getting caught by the trough as it cuts-off over the western Atlantic, while the ECMWF and UKMET show a more progressive solution, and take Humberto northeastward over the north Atlantic ahead of the trough. Given the model spread of more than 1 800 km (1 150 miles) at day 5, the NHC track forecast remains close to the multi-model consensus, but confidence in the 4- and 5-day forecast is rather low."

Outer rain bands associated with Humberto are expected to produce an additional 25 – 50 mm (1 to 2 inches) of rainfall in the northwest Bahamas, with isolated storm total amounts of 150 mm (6 inches), NWS said.

Swells generated by Humberto will affect the northwestern Bahamas and the southeastern coast of the United States from east-central Florida to North Carolina during the next few days.

These swells could cause life-threatening surf and rip current conditions.