A very bright fireball streaked through the night sky over Edmonton, Alberta, Canada at around 04:28 UTC on September 1, 2019 (22:28 local time, August 31). The event lasted for about 5 seconds before the object disintegrated. There is possibility pieces of the object have survived atmospheric entry.

"The size, we don’t know yet, but the fact that some people reported sounds and that it changed in brightness as it came down would certainly suggest that this is what we call a meteoroid," said Chris Herd, a University of Alberta geologist who is the province’s foremost expert on meteorites. "That would be the rock as it came in from space as it goes through the atmosphere."

"The significance of the event is that it happened at the perfect time for a whole city to get a chance to see it."

This was so cool to see from Leduc! #yeg #meteor pic.twitter.com/CRjGArniCx

According to my doorbell, the last son of Krypton just crashed south of #StAlbert. #yeg #fireball #meteor @CBCEdmonton @ctvedmonton pic.twitter.com/ZgJJuOXXhu

Herd added the object might have been about 1 m (3.3 feet) in size, which would create a fair number of pieces on the ground. If you

If you find a rock you think is a meteorite, University of Alberta, he said, adding that space rocks are the property of the owner of the land they fall on. 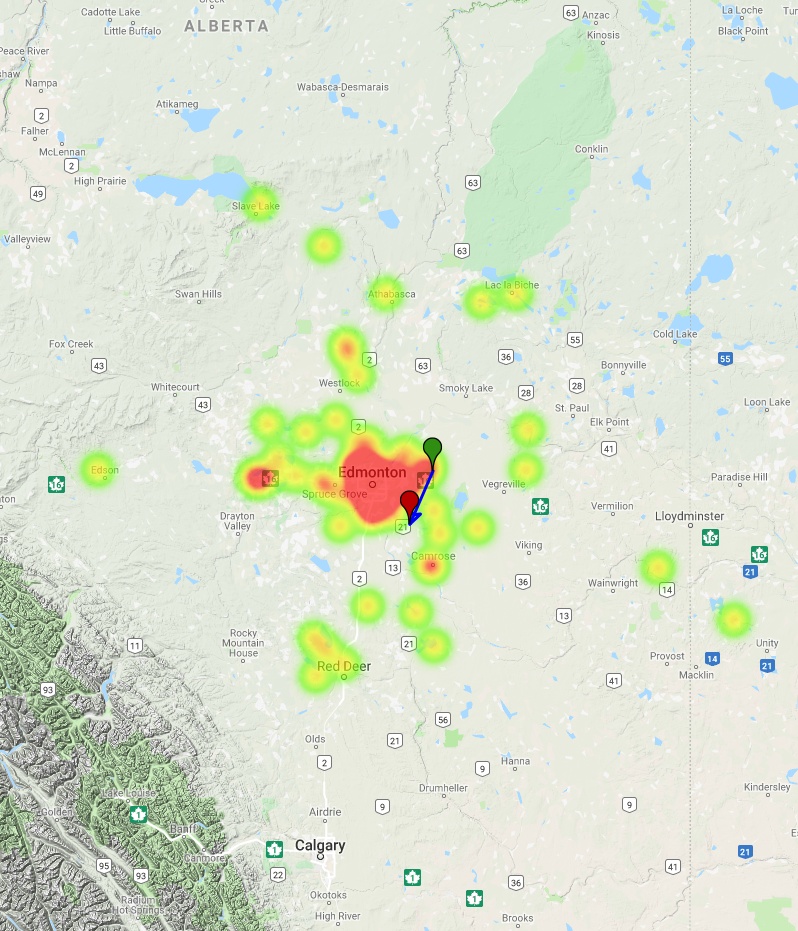