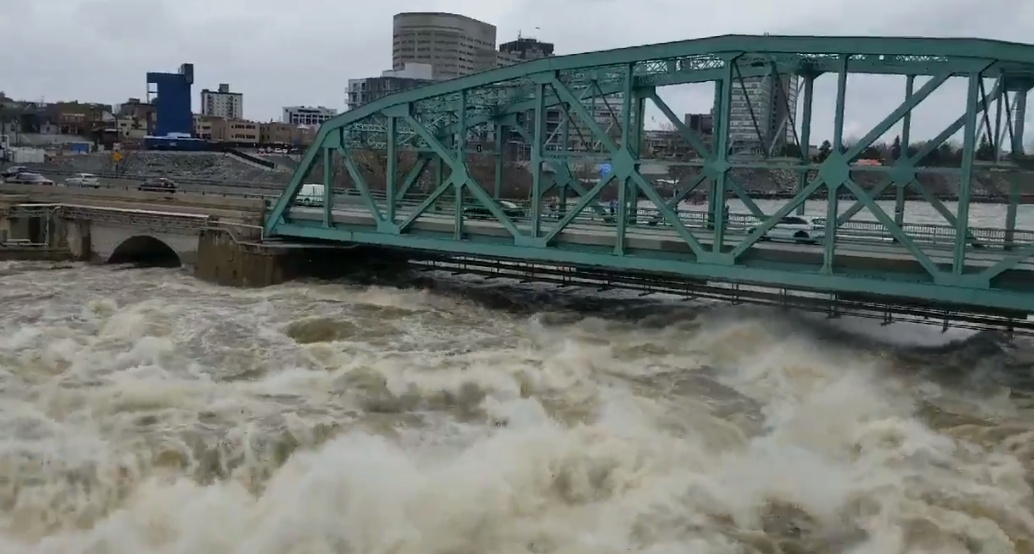 Ottawa is fighting massive spring floods that hit areas along the Ottawa River on Friday, April 26, 2019. A state of emergency has been declared in at least 14 communities in the region.

The still-rising Ottawa-Gatineau region's 2019 spring floods are officially the worst on record in some areas along the Ottawa River, with more records poised to fall as the river keeps rising over the next three days.

According to Ottawa River Regulating Committee, the river is already at record-breaking levels in Lac Coulonge, east of Pembroke, Ontario, as well as in Arnprior, Ontario, and Ottawa. Records in Lac Coulonge date back to 1985, and to 1950 for the other two cities, CBC reports.

Records were also broken at Britannia in Ottawa on Sunday when the water level rose to 2 cm (0.78 inches) above the peak in 2017.

The water is expected to rise:

The City of Ottawa has declared a state of emergency as river levels continue to rise, threatening to surpass those reached when flooding devastated some neighborhoods two years ago.

"We are now beyond our city's capacity, and that is why we have called in the Armed Forces and has been told 400 troops will be deployed to affected areas," Ottawa Mayor Jim Watson said.

States of emergency have been declared in the following municipalities:

The Hull marina in Gatineau, Quebec is expected to break a record in the coming days.

The forecast, a subject to a high degree of uncertainty, says water levels will continue to rise another 40 to 50 cm (15.7 – 19.6 inches) in parts of the city and should peak in Ottawa-Gatineau Tuesday or Wednesday, April 30 / May 1, according to information provided by officials and reported by the CBC.

Some of the worse flooding in Gatineau along the Ottawa River, as some homes/businesses were protected, some left to the rising waters, and some abandoned since last flood. #OttawaFlood #Gatineau 1/ pic.twitter.com/rFVv73S9OK

Some of the worse flooding in Gatineau along the Ottawa River, as some homes/businesses were protected, some left to the rising waters, and some abandoned since last flood. 3/ pic.twitter.com/hZ6hon6Rgo

Some of the worse flooding in Gatineau along the Ottawa River, as some homes/businesses were protected, some left to the rising waters, and some abandoned since last flood. 4/4 pic.twitter.com/dECZqx42iP