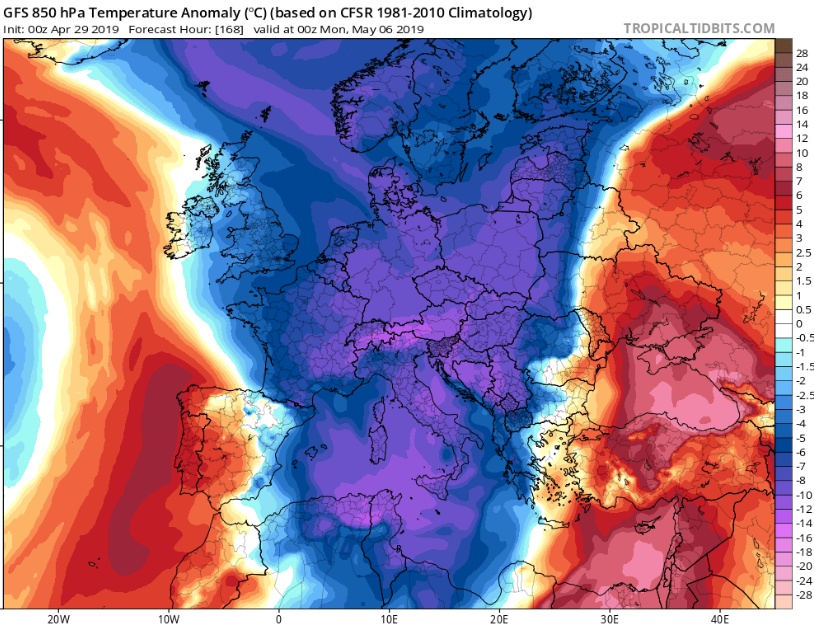 Forecast models indicate a significant cold blast for this time of year will affect entire Europe and northern Africa at the beginning of May.

After unusually warm March and April, Europe will get to experience some of the weird weather America is already witnessing, with well below average temperatures, heavy rain and snow.

Portugal, Spain, France and parts of central and southeastern Europe are already experiencing below average temperatures but if models come true, it'll get much colder.

Arctic air will first start affecting Sweden, Finland and Norway on May 2, descend down to UK, Germany and Poland by May 4, and by May 5 to entire Europe, except Portugal and western Spain, and northern Africa by May 8.

While western parts of the continent will warm up by May 12, eastern and southeastern Europe will remain colder than average through at least May 15.

A similar weather pattern, very warm end of winter and the beginning of spring followed by unusually cold temperatures, heavy rain, snow and frost, was also observed over the past few years. This year seems to be a bit different, however, as the blast is coming somewhat later.