There has been a "significant increase" in infections there over the past three weeks, with a total of 25 confirmed cases thus far, according to a bulletin released by DRC's health ministry on December 6.

North Kivu and Ituri, where cases are being reported, are among the most populous provinces in the Democratic Republic of the Congo. They are also awash with violence and insecurity, particularly in the mineral-rich borderlands where militia activity has surged over the past year, all of which complicates the international response to the Ebola outbreak, ABC reports.

The ministry said that without the teams that vaccinated more than 41 000 people so far, this outbreak could have already seen more than 10 000 Ebola cases.

This is by far the largest use of the promising but still-experimental Ebola vaccine, which is owned by Merck. The company keeps a stockpile of 300 000 doses, and preparing them takes months, according to the AP. 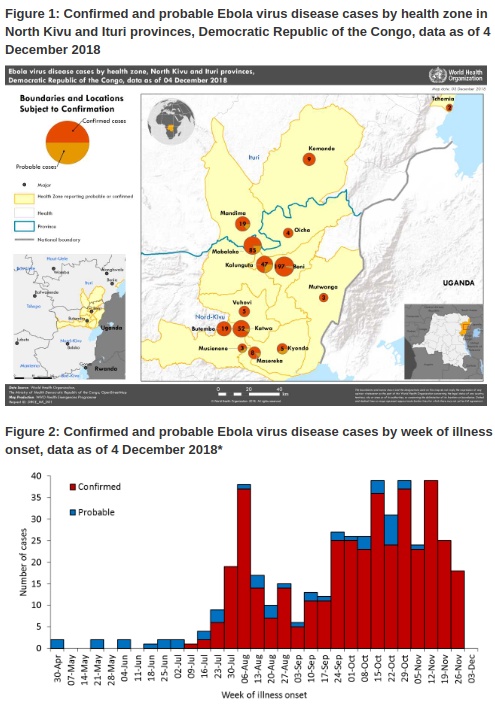 Concerns have also been raised regarding the disproportionate number of women and children infected during this outbreak, WHO said.

Of these women, at least 18 were pregnant, and an additional seven were breastfeeding or recently delivered at the time of infection.

There have been 27 cases among infants less than one year of age, with 70% (19) of these being boys, and 21 fatalities (age-specific case fatality of 78%). There were also nine cases in infants aged less than one month. 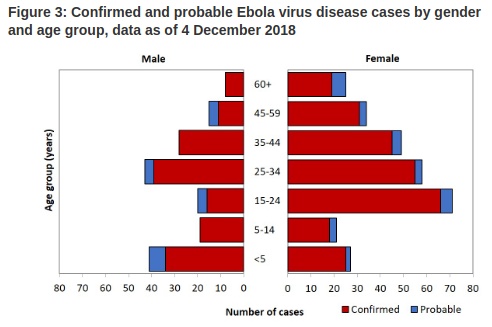 While Ebola is endemic to DRC, this is the 10th and the worst outbreak the country has seen since 1976 when scientists first identified the virus.

The current outbreak was declared on August 1 and has since grown to world's second-largest. There are currently 471 Ebola cases, of which 423 are confirmed, including 225 confirmed Ebola deaths, the health ministry said.