EU vegetable sector in most serious crisis since 1978

With the hot and dry weather continuing throughout July across most parts of Europe, vegetables have continued to suffer and crop yields have fallen sharply. Today the situation for vegetable growers and processors is the most serious that has been experienced in the last forty years, the European Association of Fruit and Vegetable Processors (PROFEL) said August 6, 2018.

2018 is the third year in a row that the sector has faced serious weather-related issues, exposing the vulnerability of European vegetable growers and processors to changing European weather patterns.

This year’s weather has particularly impacted the frozen and canned vegetable sector, where field losses have resulted in reduced and irregular deliveries of fresh vegetables to the processing factories, leading to increased production costs and less products processed.

New sunspot numbers for the last month have come out. The Sun was very quiet all month, and the sunspots show it.

As of August 7, the Sun has been without sunspots for 38 of the past 41 days. To find a similar stretch of blank suns, you have to go back to 2009 when the Sun was experiencing the deepest solar minimum in a century. 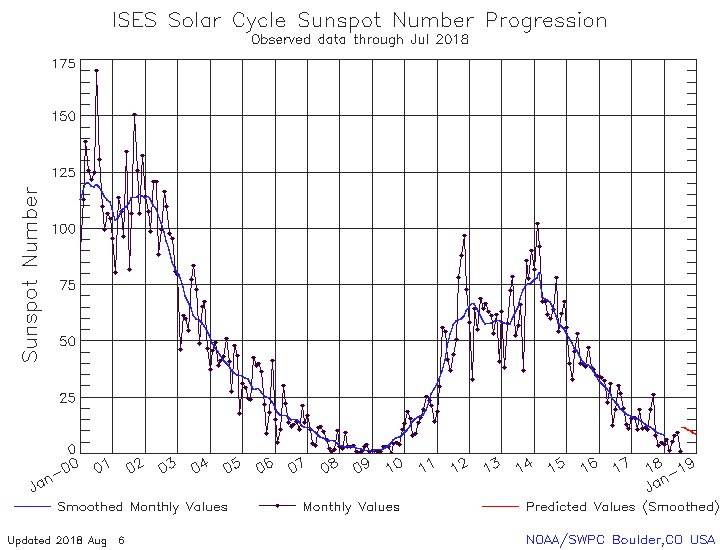 Four senior geologists have highlighted the risks to public health and the environment after 12 earthquakes struck Surrey region within four months, calling for a temporary ban oil drilling in the county.

The scientists called for energy secretary Greg Clark to ban drilling, testing and re-injecting of water into wells until experts understand the cause of the earthquakes.

2 months after a major eruption of Guatemalan Fuego volcano on June 3, 2018, when the volcano ejected ash up to 10 km (32 800 feet) above sea level and produced massive lava and pyroclastic flows, the volcano erupted again on August 5, forcing authorities to order evacuation of emergency personnel working in the area.

The June 3rd eruption was Fuego's most violent eruption in more than 40 years. Officials say around 300 people lost their lives, but unofficial sources say there might be thousands more. 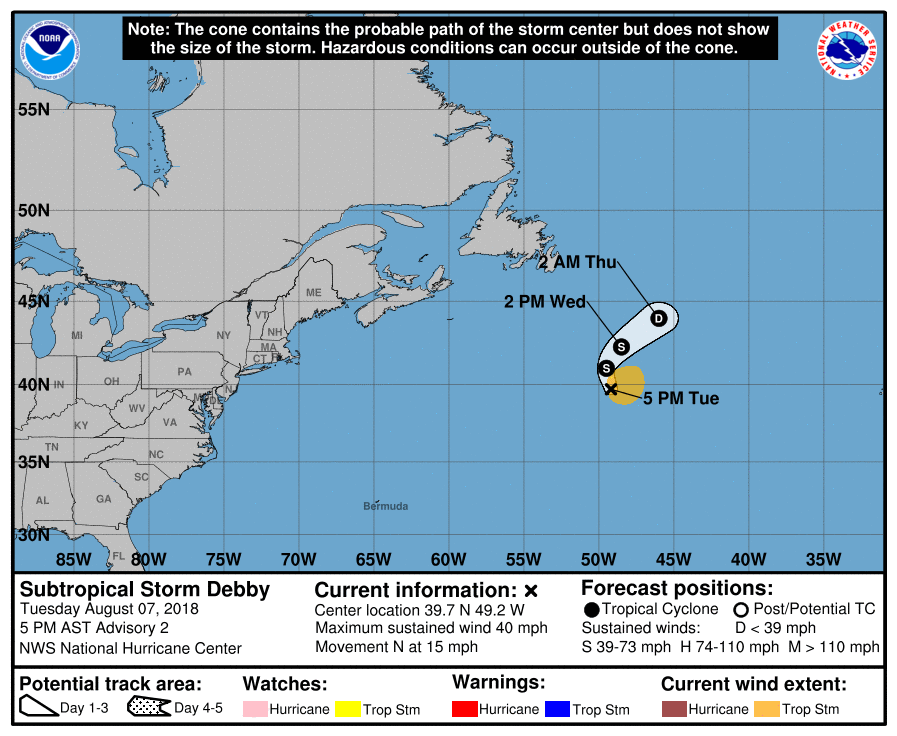 The heavy rain came ahead of an approaching cold front expected to exit the state Wednesday morning, August 7.

An evacuation order was issued August 5 for part of British Columbia's Regional District of Bulkley-Nechako as a nearby wildfire rages on.

The BC Wildfire Service says most of the lightning in the province has passed for now, but the long-term effects of last week’s storm may be felt for weeks as hundreds of fires broke out, stretching the province’s resources thin.

Oregon, one state above California, is also having its share of firestorms and weather concerns. Five large fires/complexes are alight in the southwest corner of the state and all started on July 15 with a region-wide lightning storm. 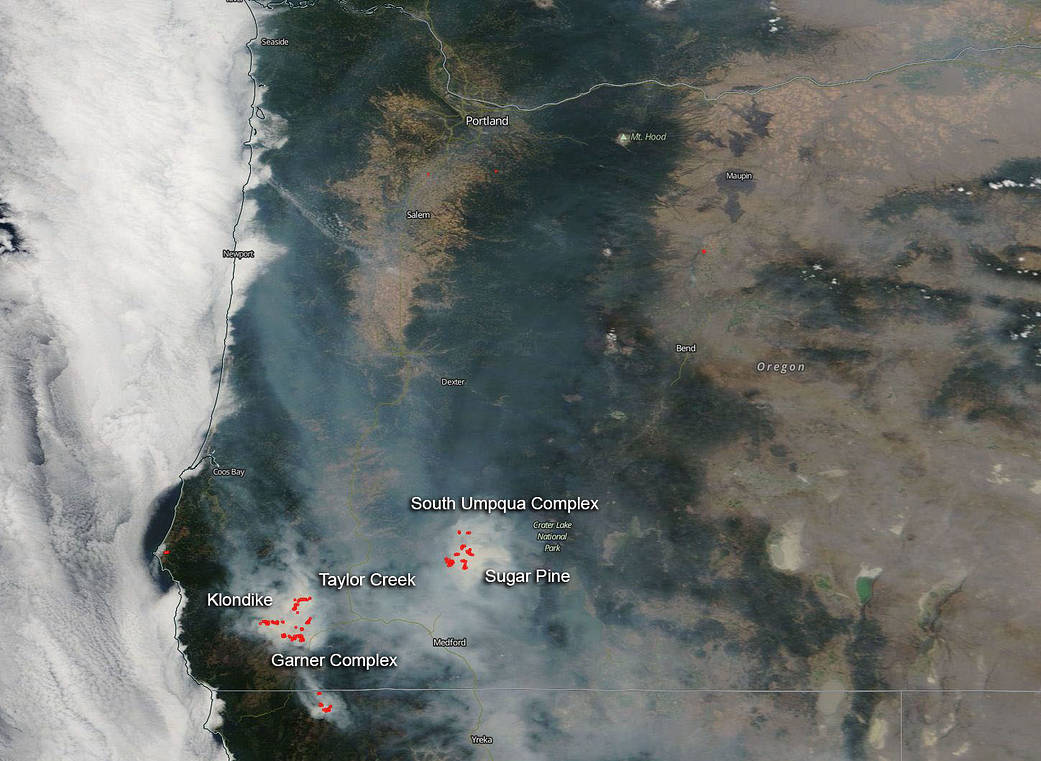 Unrest continues at Cleveland volcano. No volcanic activity was observed over the past day in cloudy satellite images.

While web camera views were mostly obscured by fog, one clear image showed a possible gas plume at the summit.

The morning overflight crew observed a small active lava lake within the fissure 8 cone, a weak gas plume, and a drained upper lava channel. The surface of the lava lake was about 5 – 10 m below the spillway entrance.

There were a diminishing number of small active ooze outs near the coast on the Kapoho Bay and Ahalanui lobes and the laze plume was greatly diminished.

Active lava remains close to the Pohoiki boat ramp but has not advanced significantly toward it.

The significance of this change is not yet clear and hazardous conditions remain in the area.

The Perseid meteor shower is underway. International observers are reporting as many as 18 meteors per hour from dark-sky sites. Up to 80 or more Perseids are expected when the shower peaks this weekend. The thin crescent moon will set early in the evening, leaving dark skies for an excellent show.

According to meteor expert Bill Cooke, they'll be the best shower of the year. The peak will be visible both the nights of August 11 – 12 and August 12 – 13, but the night of August 12 – 13 should be a better show. The Perseids are famous for producing a large number of bright meteors.

A violent thunderstorm moved through parts of Colorado on August 6, dropping very large hail and heavy rainfall. NWS said the storm moved through Fountain, Security and Falcon with wind gusts up to 96 km/h (60 mph). The largest hailstones, nearly the size of softballs, were recorded near Colorado Springs.

Insurance and financial services giant USAA said Tuesday it has received 8 000 claims for damage to homes and vehicles.

Two people were killed and more than 320 evacuated after a major mudslide swept through parts of Val Ferret, near the resort town of Courmayeur in northern Italy around 18:00 local time on August 6, 2018.

A powerful tornado rated EF-4 ripped through parts of the Canadian province of Manitoba on August 3. Environment Canada upgraded the preliminary EF-3 rating to EF-4 on August 6, making it North America's strongest tornado of the year. The twister left a trail of destruction and killed a 77-year-old man.

Hector remains Category 4 hurricane as it moves closer to Hawaii today but some weakening is expected during the next 24 hours and Hector is expected to be a strong Category 2 hurricane as it moves south of Big Island on August 8. Swells generated by this storm will reach southeast and east facing shores of the Big Island and Maui later today, likely becoming large and dangerous through early Wednesday.

A Tropical Storm Watch is in effect for Hawaii County – tropical storm conditions are possible in this area within 48 hours. Interests elsewhere in the Hawaiian Islands should monitor the progress of this system.

Typhoon "Shanshan" is expected to pass very close to Tokyo, Japan on August 8, 2018, as a Category 1 hurricane equivalent, bringing heavy rain and damaging winds to the region. The Japan Meteorological Agency (JMA) warned residents living on the Pacific side of eastern and northeastern Japan to expect intense rain.

Besides the Mendocino Complex, there are three other extremely large fires consuming large swaths of the state as well: the Carr Fire, Donnell Fire, and the Ferguson Fire.