Hector remains Category 4 hurricane as it moves closer to Hawaii today but some weakening is expected during the next 24 hours and Hector is expected to be a strong Category 2 hurricane as it moves south of Big Island on Wednesday, August 8, 2018. Swells generated by this storm will reach southeast and east facing shores of the Big Island and Maui later today, likely becoming large and dangerous through early Wednesday.

This general motion is expected to continue over the next 24 hours, and Hector is expected to pass roughly 265 km (165 miles) south of the Big Island of Hawaii on August 8. 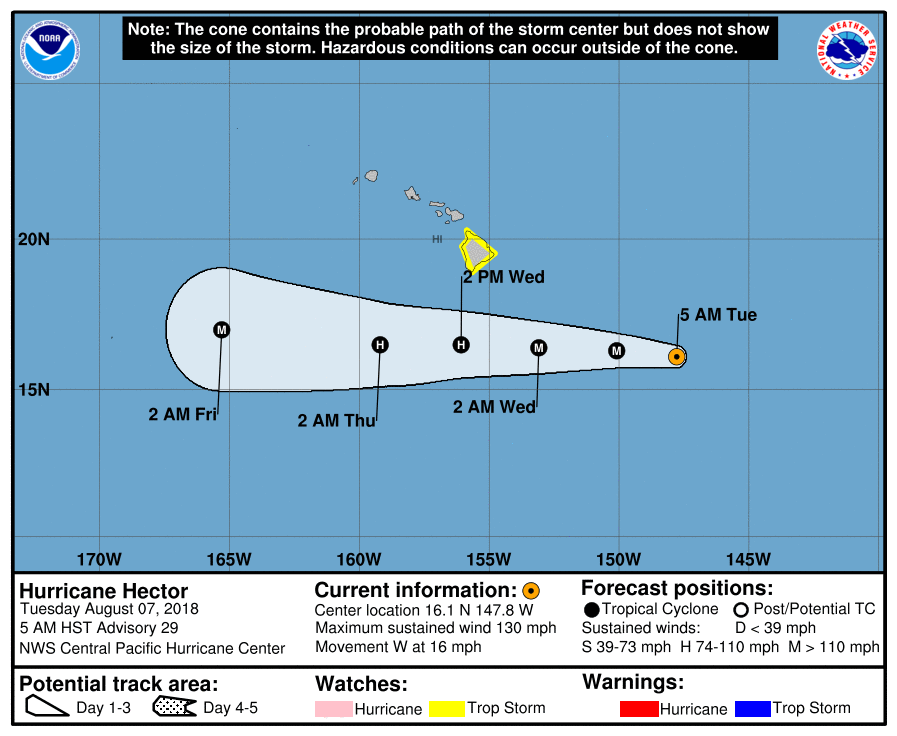 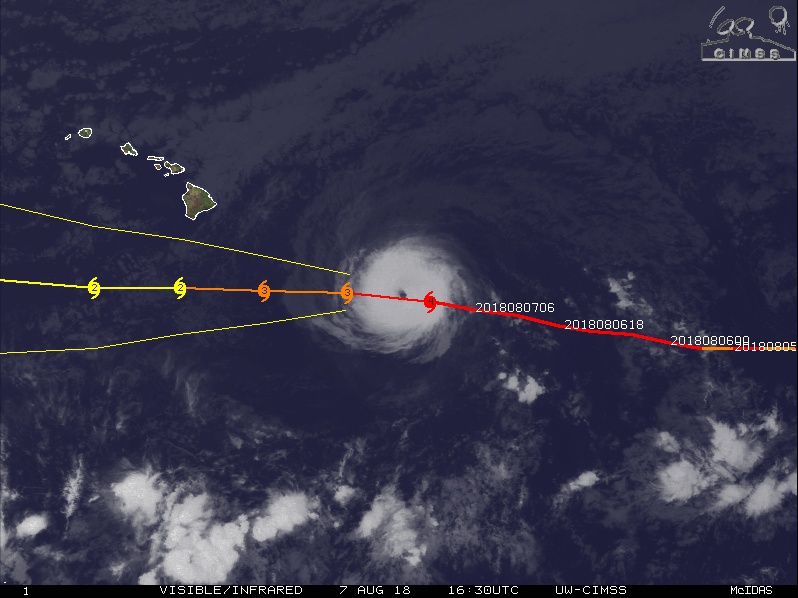 A Tropical Storm Watch is in effect for Hawaii County – tropical storm conditions are possible in this area within 48 hours. Interests elsewhere in the Hawaiian Islands should monitor the progress of this system.

Swells generated by Hector are expected to reach southeast and east facing shores of the Big Island and eastern Maui late today, likely becoming large and dangerous by late tonight and Wednesday. 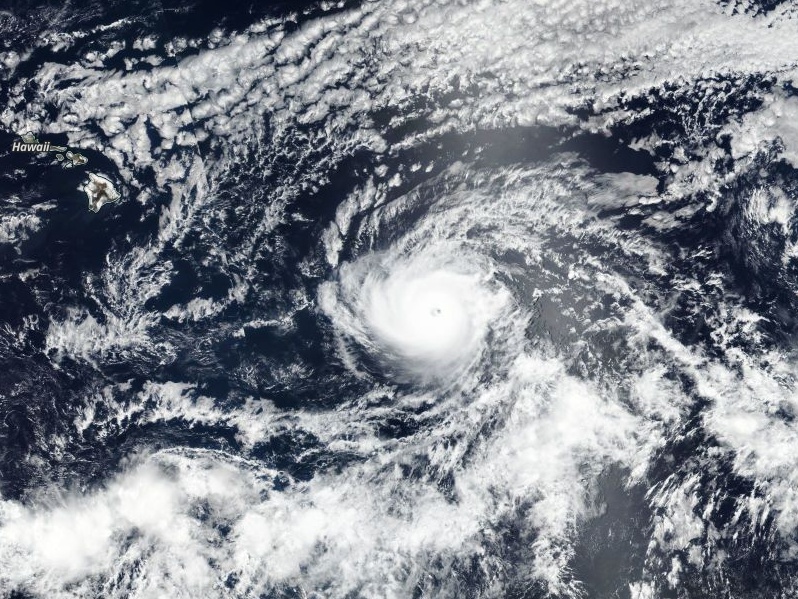