A large mudslide triggered by melting snow destroyed nearly 300 homes in northeastern Afghanistan on Wednesday night, July 11, 2018, killing at least 10 people. The area is known for its snow-capped peaks.

Mohammadi said villagers were using shovels and other tools desperately searching for survivors before rescue teams arrived. "We have deployed everything at hand to help the people," Mohammadi said.

Nearly 300 homes were destroyed and at least 10 people have lost their lives.

Landslide/floods in #Panjshir took life of 10 people and destroyed many homes. #Afghanistan pic.twitter.com/ZRjQpCsmTl

5 persons killed, homes demolished in Panjsher mountain slide: By Ahmad Fareed Tanha on 12 July 2018 PARAKH (Pajhwok): Five people have been killed and 400 homes destroyed due to flood and mountain slide in the Hisa-i-Awal district of central Panjsher… https://t.co/0MzoIpITSJ pic.twitter.com/5V8Qoi6w7W

"Somebody shouted ‘Flood!' and I ran away with my family to higher ground," one of the residents told AFP, adding that the people started firing (weapons) into the air to warn others about the flood.

He said that villagers had been worried about the possibility of landslides after several days of increasingly warm weather. 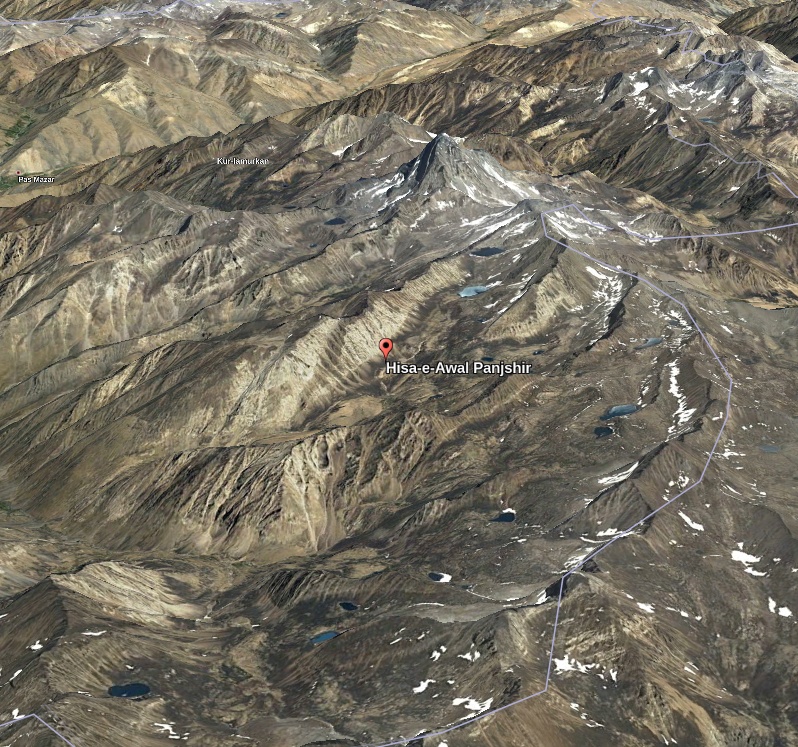 Image credit: Google. Note: Today's district of Khenj was once a part of the former Hisa Awal Panjsher District