The Vanuatu Meteorology and Geohazards Department (VMGD) has raised the Alert Level for Ambae volcano from Level 2 to Level 3 (on a scale of 1 to 5) on Sunday, March 18, 2018. The volcano is in the minor eruption state and the activity is confined inside the Lake Voui.

Scientific analyses confirm that the current activity at Ambae volcano is similar to the volcanic activity at the end of October 2017 but with more and sustained emissions of volcanic ashes. The possibility of imminent increasing activity is very low, VMGD said, adding that the restricted area of risk is now limited to the area of 3 km (1.8 miles) from the active vent.

Observations of February and March 2018 confirm that the activity is continuing from the recent edified volcanic cone (island). Style of Ambae volcano activity is explosive, similar to what is seen and experienced at Yasur on Tanna Island. Explosions are accompanied by volcanic ashes and/or gases cloud.

With the current size of the volcanic cone in Lake Voui, people from Ambae may hear explosions, view a minor volcanic ash and/or gas plume and glows over the mountain at night.

Based on its slight decreased seismic activity and observation of ongoing volcanic gas emission and steam plumes on the web camera, the Volcanic Alert Level (VAL) at Ambae was dropped to Level 2 on December 7, 2017.

The current activity shows ongoing ashes and gases emission causing more impact to villages. This is consistent with the Alert Level 3 activity.

Tourism agencies, local authorities, people of Ambae and the general public are advised not to access the Danger Zone which is now about 3 km (1.8 miles) radius from the eruptive vent. 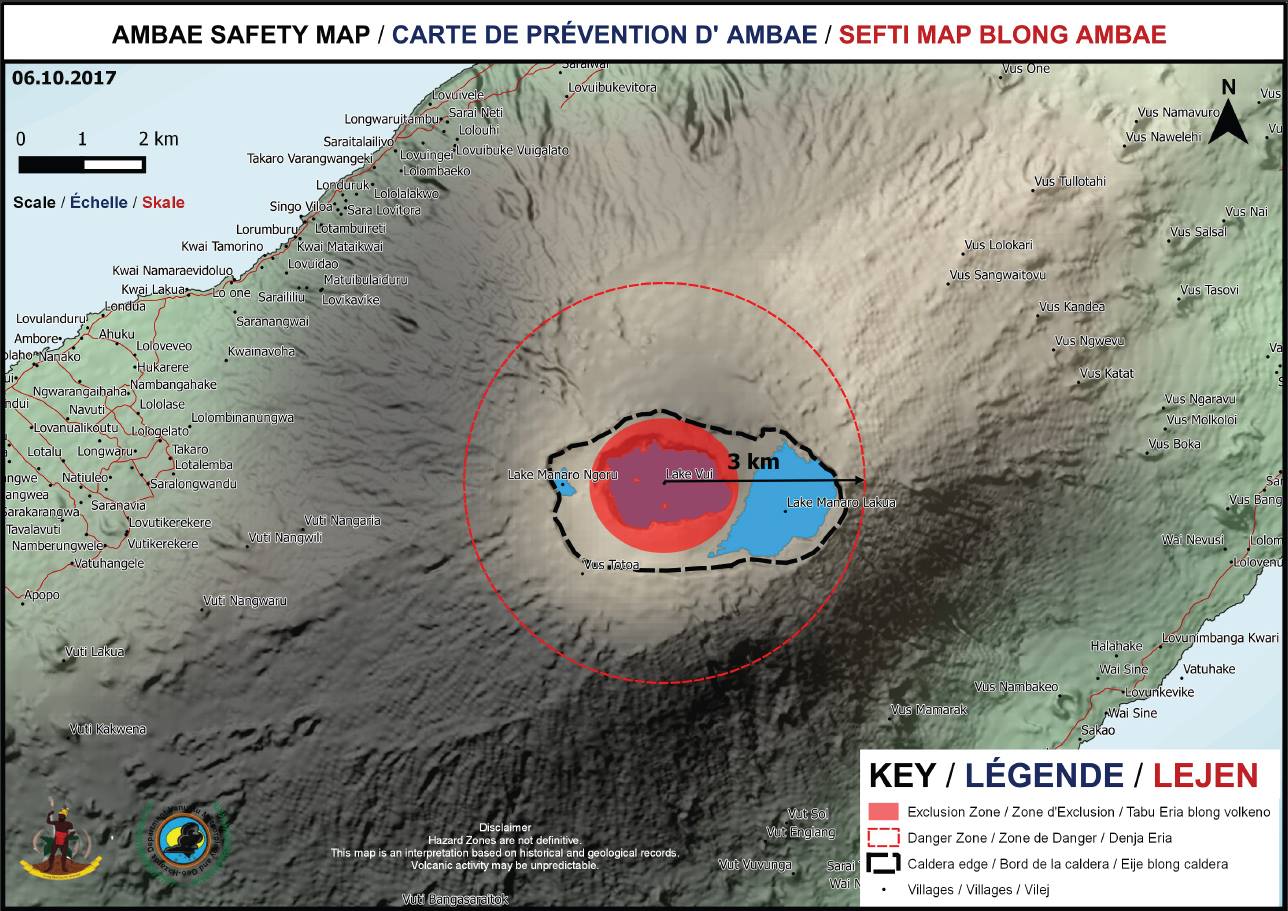 Volcanic gases, ashes and projectiles are expected in this area. Villages from Ambae island may experience volcanic hazards from gas and ashes especially those exposed to prevailing trade winds direction.