Numerous moderately strong earthquakes hit the Iraq-Iran border region on January 11, 2018. The same region was hit by a devastating M7.3 earthquake on November 12, 2017, in which more than 530 people lost their lives, and today's quakes appear to be aftershocks.

People rushed into the streets as the quake hit, the Iranian state television reported. 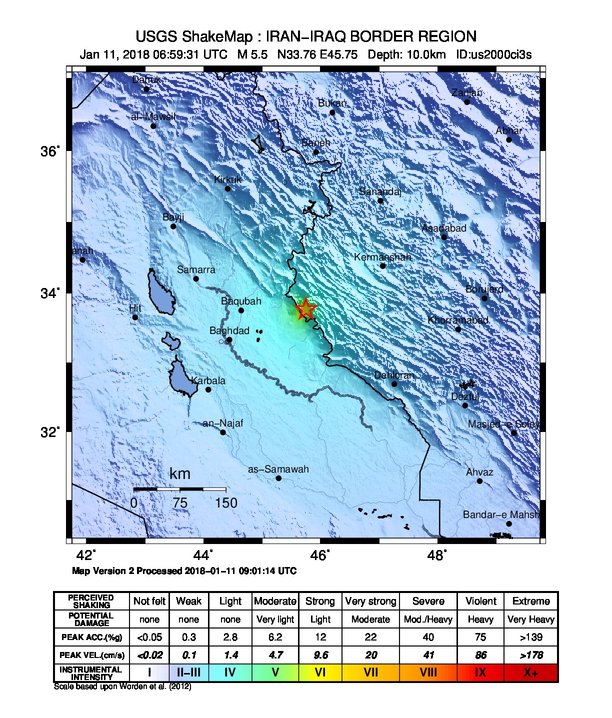 USGS geophysicist Randy Baldwin said the earthquakes all appeared to be aftershocks from the November 12 M7.2 earthquake. "This area is located in the sparsely populated and remote Zagros Mountains that divide Iraq and Iran and is home to many shallow faults," he said.

"It's ongoing activity there," Baldwin told The Associated Press. "If there was a stressed fault that's ready to move, they happen like that until the stresses are relieved, so it's not too unusual."

At the southern edge of the Anatolia Block lies the east-west trending Cyprian Arc with associated levels of moderate seismicity. The Cyprian Arc represents the convergent boundary between the Anatolia Block to the north and the Africa Plate to the south. The boundary is thought to join the East Anatolia Fault zone in eastern Turkey; however, no certain geometry or sense of relative motion along the entire boundary is widely accepted. (USGS)