A very strong and shallow earthquake registered by the USGS as M7.3 hit Iran – Iraq border region at 18:18 UTC (21:18 local time) on Sunday, November 12, 2017. The agency is reporting a depth of 23.2 km (14.4 miles). EMSC is reporting M7.2 at a depth of 19 km (11.8 miles). This earthquake can have a high humanitarian impact based on the magnitude and the affected population and their vulnerability. 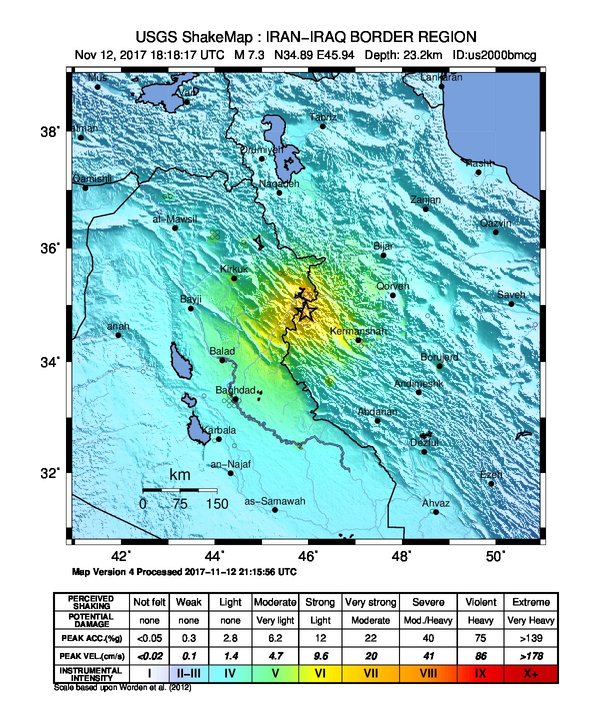 USGS issued an orange alert for shaking-related fatalities and economic losses. Significant casualties and damage are likely and the disaster is potentially widespread. Past orange alerts have required a regional or national level response. 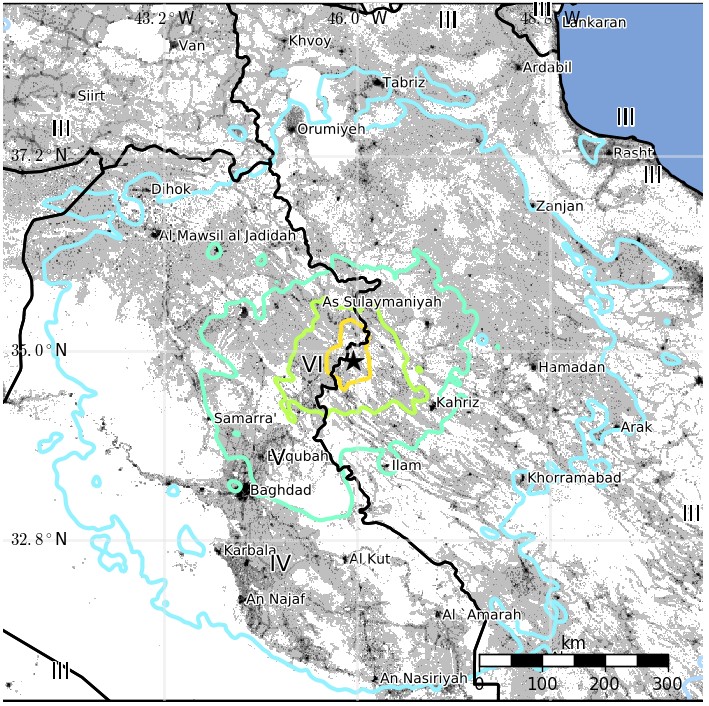 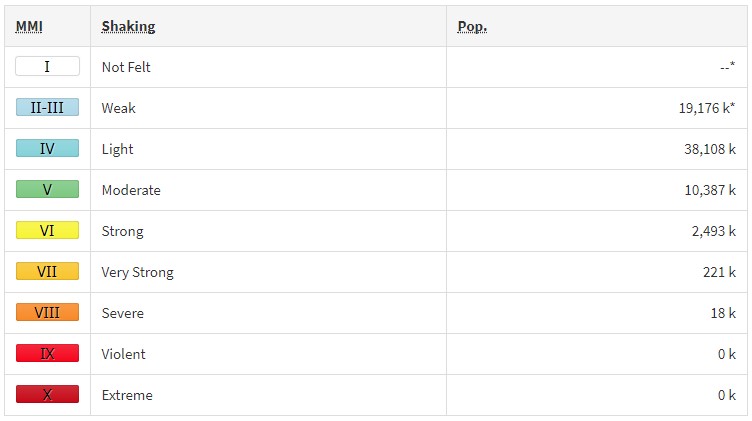 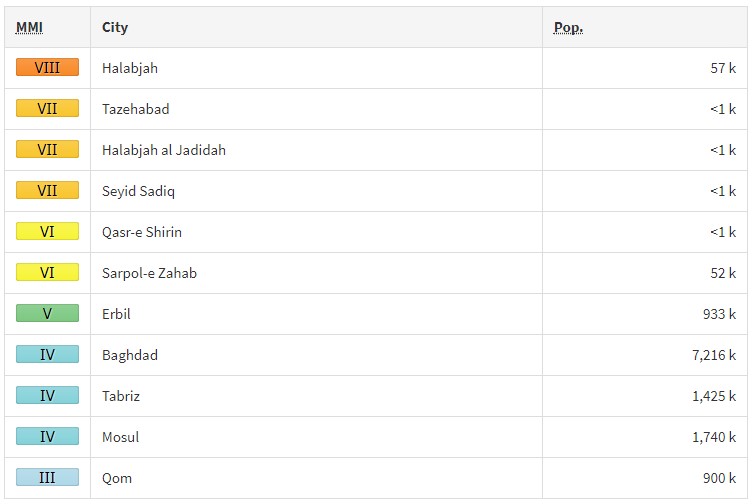 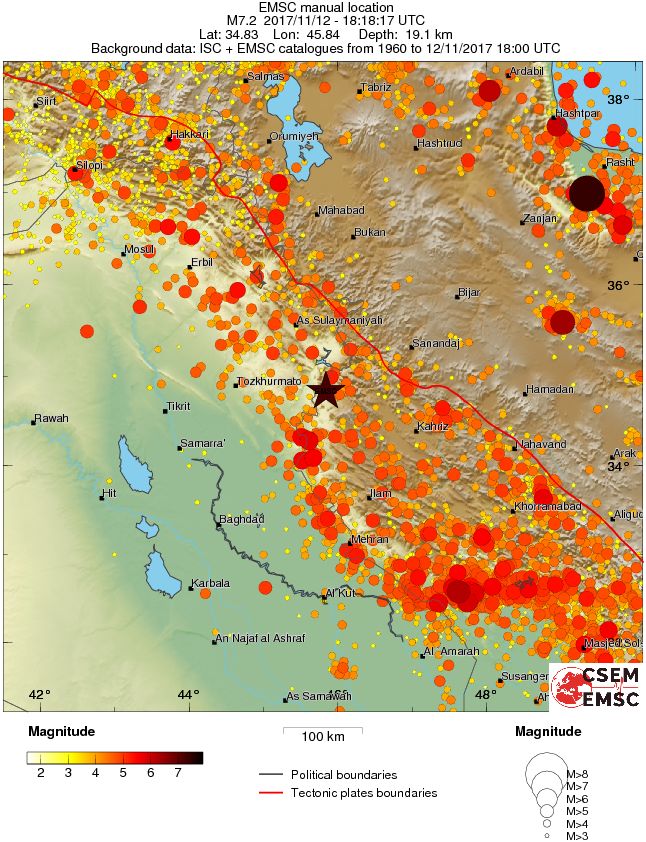 At least 4 people have died and 16 have been injured in the Province of Erbil, Iraq.

Professor Max Wyss, who specializes in theoretical prognoses of injuries and fatalities expects 200 to 3 000 people injured and 50 to 1 000 fatalities (ER).

The number of casualties is expected to rise.

Numerous aftershocks have been reported.

More than 142 of the victims were in Sarpol-e Zahab county in Kermanshah, Iran about 15 km (10 miles) from the Iraq border. The main hospital in the capital of the county was severely damaged and could not treat hundreds of injured people who were taken there, the head of the Iranian emergency services, Pirhossein Koulivand said.

Kurdish health officials said at least four people were killed in Iraq and at least 50 injured.

The November 12, 2017 M7.3 earthquake near the Iran-Iraq border in northwest Iran (220 km / 136 miles northeast of Baghdad, Iraq) occurred as the result of oblique-thrust faulting at mid-crustal depth (~25 km / ~15 mi). Preliminary focal mechanism solutions for the event indicate rupture occurred on a fault dipping shallowly to the east-northeast, or on a fault dipping steeply to the southwest. At the location of this earthquake, the Arabia plate is moving towards the north with respect to Eurasia at a rate of about 26 mm/yr. The two plates converge along a northwest-striking plate boundary in the general vicinity of this earthquake, driving the uplift of the Zagros mountains in Iran. The location of the event and the shallow, northeast-dipping plane of the focal mechanism solution are consistent with rupture of a plate boundary related structure in this region.

While commonly plotted as points on maps, earthquakes of this size are more appropriately described as slip over a larger fault area. Oblique-thrust-faulting events of the size of the November 12th, 2017 earthquake are typically about 65×25 km / 40×15 mi (length x width).