Tropical Cyclone "Joyce" formed late January 10, 2018 (UTC), near the west Kimberly coast, Western Australia. The system is expected to intensify while moving in a S to SW direction. There is a risk of a severe tropical cyclone impacting the Pilbara or far west Kimberley coast during Friday or early on Saturday, BOM warns. This is the 5th named storm of the 2017-18 Australian region tropical cyclone season.

Cape Leveque to Port Hedland, including Broome and Port Hedland, as well as remaining inland parts of the far western Kimberley and far northeast Pilbara are currently in the warning zone.

Port Hedland to Dampier, including Karratha and Dampier, as well as remaining inland parts of the central and eastern Pilbara, including Nullagine, Marble Bar, Telfer, Newman and Tom Price are in the watch zone. 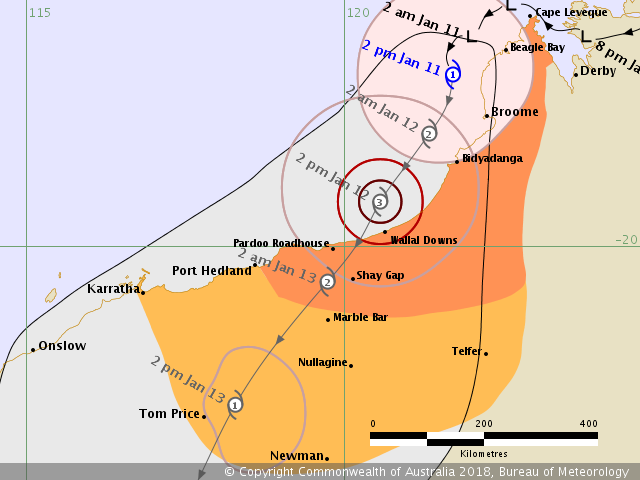 Destructive winds with gusts to 130 km/h (81 mph) may develop in coastal parts between Beagle Bay and Wallal Downs, including Broome, on Thursday evening if the system is close enough to the coast. Destructive winds may extend to Pardoo Roadhouse during Friday.

Very destructive winds with gusts to 180 km/h (112 mph) are possible near the center of the system on Friday, if it develops into a severe tropical cyclone.

Tides will be higher than expected between Cape Leveque and Pardoo Roadhouse, BOM warns.

Heavy rainfall is expected over the northwest and west Kimberley coast, extending to the far eastern Pilbara during Thursday. Widespread daily rainfall totals of around 50 to 150 mm (1.9 – 5.9 inches) are expected with isolated heavier falls of 150 – 300 mm (5.9 – 11.8 inches) possible. 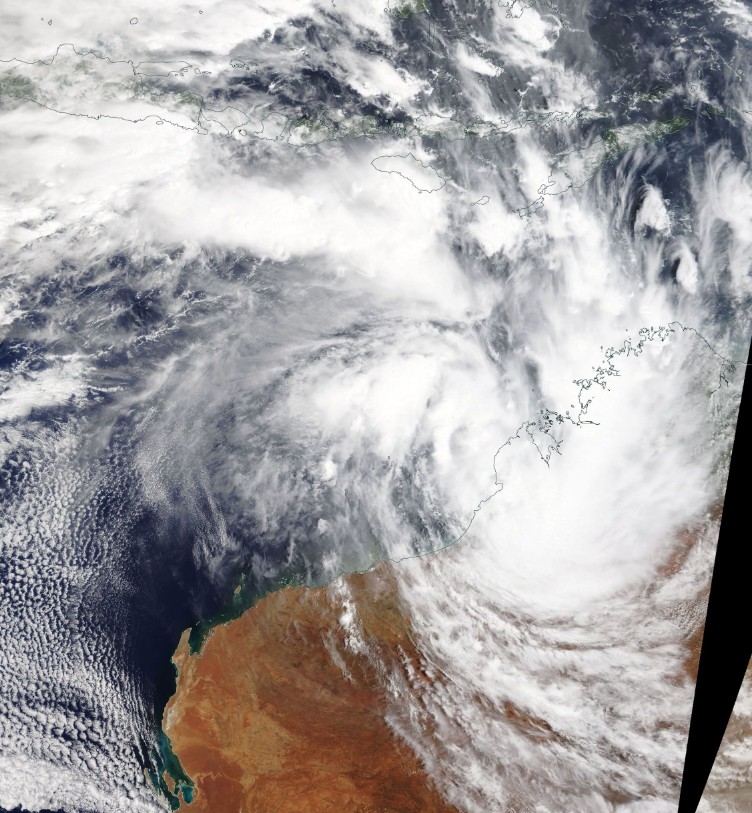 YELLOW ALERT: People in, near or between Cape Leveque and Bidyadanga, including Broome and Bidyadanga need to take action and get ready to shelter from a cyclone.

BLUE ALERT: People in, near and between Bidyadanga and Port Hedland, including Port Hedland, South Hedland, Marble Bar and nearby communities, need to prepare for cyclonic weather and organize an emergency kit including first aid kit, torch, portable radio, spare batteries, food and water.