Tropical Storm "Damrey," known as Ramil in the Philippines, formed late November 1, 2017, just west of the Philippines as the 23rd named storm of the 2017 Pacific typhoon season. Damrey is expected to strengthen into a typhoon, Category 1 hurricane equivalent, before it slams into southern Vietnam early November 4, bringing heavy rain and strong winds. This storm, although tropical depression at the time, already proved deadly for two people in the Philippines.

The system is heading west at 15 km/h (9.3 mph) with maximum wind speed near the center of 74 km/h (46 mph) and central pressure of 996 hPa, according to RSMC Tokyo, the authority for this part of the world. 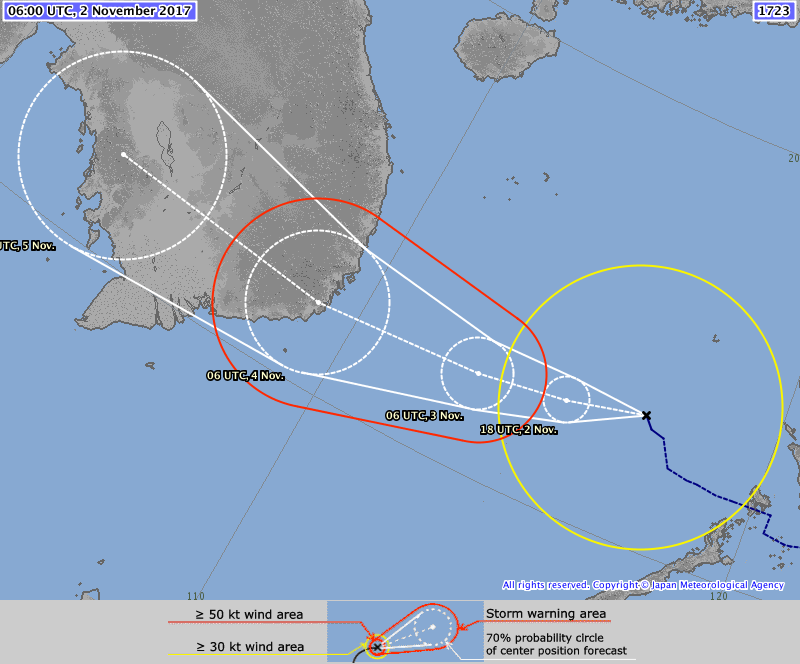 On the forecast track, Damrey will continue intensifying on its way toward Vietnam and peak with 1-minute winds of 120 km/h (75 mph) and central pressure of 975 hPa, just before it makes landfall in southern Vietnam early November 4 (UTC).

Damrey is a dangerous storm, expected to produce heavy rain and damaging winds, potentially leading to more floods and landslides, as it traverses over Vietnam into Cambodia.

"Flooding rain and threat for mudslides will be a more widespread concern with areas from the north-central coast of Vietnam southward to Vũng Tàu at highest risk," AccuWeather Meteorologist Rob Richards said. "These areas can expect 150 – 300 mm (6 – 12 inches) of rain with local amounts over 400 mm (16 inches). The threat for flooding and mudslides will extend into southern Laos and much of Cambodia where rainfall of 75 – 150 mm (3 – 6 inches) will occur." 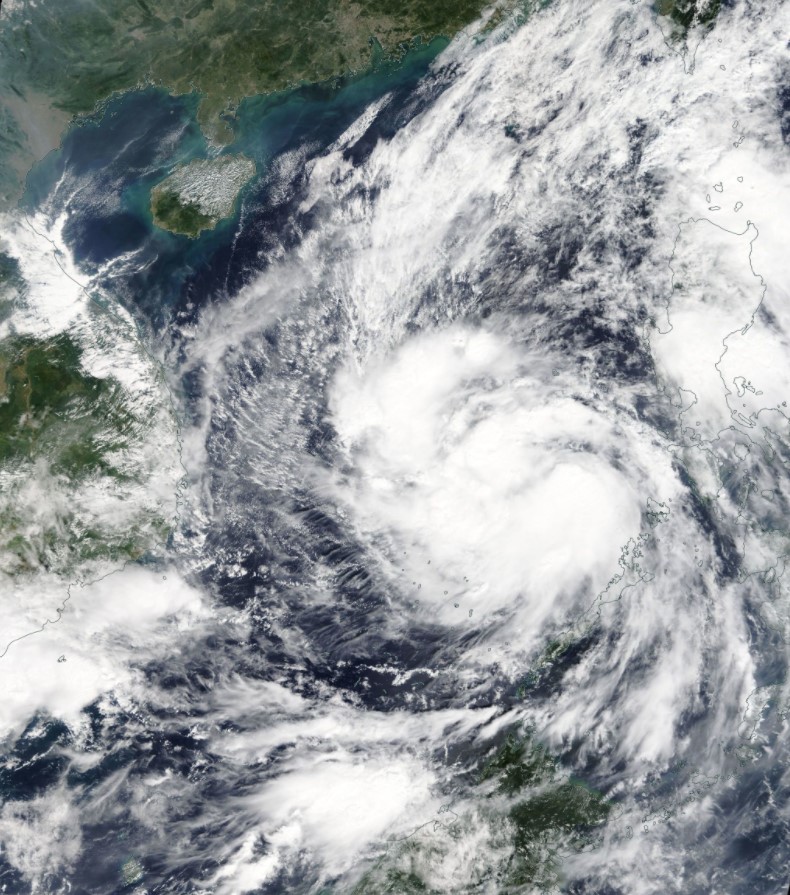 According to The Manila Times, Damrey (known as Ramil in the Philippines) brought more than 300 mm (12 inches) of rain to parts of the northern Visayas and southern Luzon before it was named, killing at least two people in a landslide. It also caused disruption at several ports and resulted in several flight cancellations at Manila International Airport.