A record-breaking heat is expected to continue affecting California for the third day in a row today. While more records could fall on Thursday, October 26, the temperatures are expected to return to normal for the season by the end of the week.

Hot and dry Santa Ana winds help spread fires in California this week as record-breaking heat for the time of the year engulfed the region on Monday, October 23, 2017. 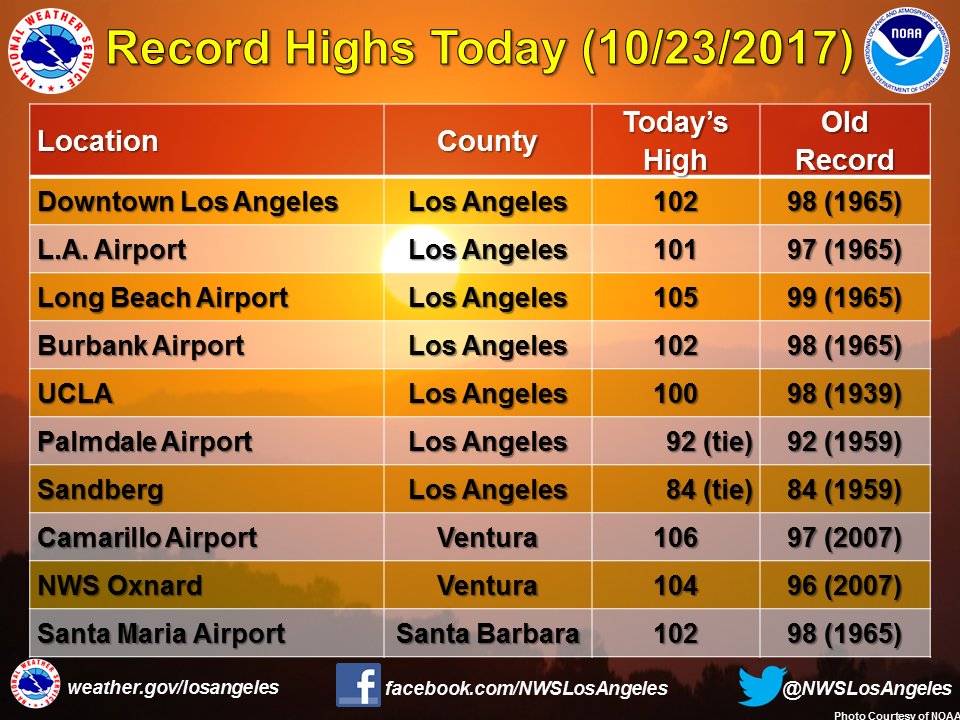 The heat further intensified on Tuesday, October 24 when the highest temperature was recorded at Long Beach Airport. 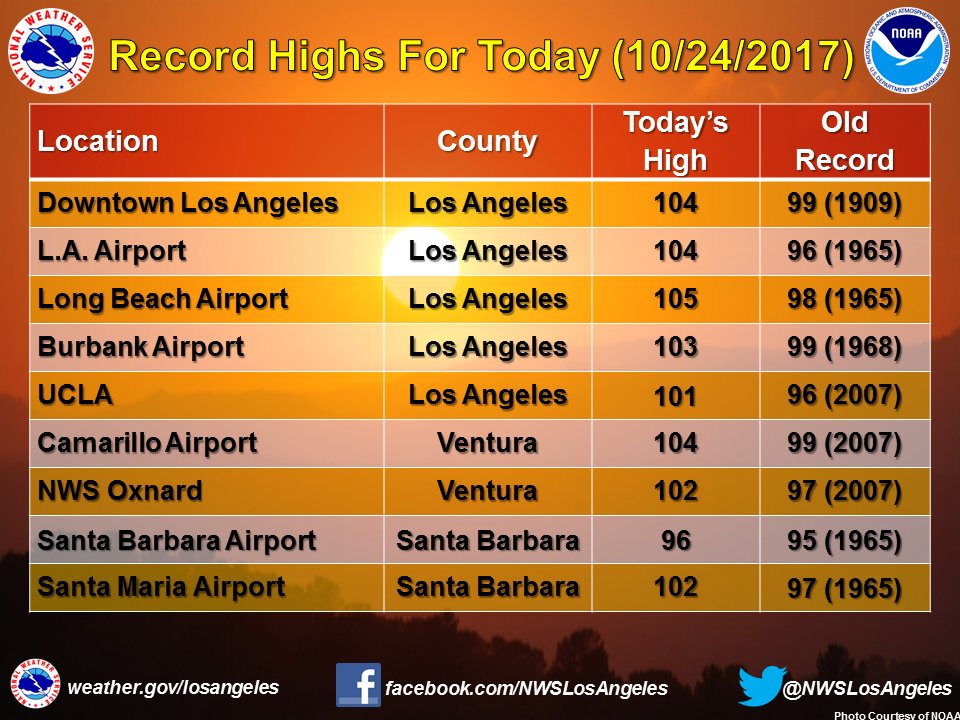 The NWS warned that the heat, coupled with gusty winds, could create the most dangerous fire weather conditions seen in the past few years.

Nearly 48 ha (120 acres) were charred in a rural area of Ventura County, located an hour northwest of Los Angeles before firefighters stopped it from spreading, ABC reported.

No homes were threatened, but two firefighters were injured: one for smoke inhalation and the other for multiple bee stings, according to the Ventura County Fire Department. The fire, dubbed the Vista fire by authorities, was about 50 percent contained as of late Tuesday evening.

Winds should be less extreme on Wednesday, but a red-flag warning indicating critical fire weather will stay in effect through 18:00, said Dave Gomberg, a forecaster with the National Weather Service in Oxnard.