Our planet is again under the influence of a recurring, positive polarity Coronal Hole High Speed Stream (CH HSS), which is causing isolated periods of G1 – Minor geomagnetic storming.

Over the past 24 hours, solar wind parameters were indicative of the arrival of a Co-Rotating Interaction Region (CIR) and an onset of a recurrent, positive polarity CH HSS. Total field strength increased to 14 and 15 nT with CIR arrival, before decreasing to around 6 nT around 12:30 UTC today. The Bz component was variable, while the solar wind speed increased from 375 km/s to over 610 km/s. Solar wind is expected to remain enhanced over the next three days due to CH HSS effects.

Meanwhile, solar activity is very low with no flares on the visible disk in the past 24 hours. There are two numbered active regions on the Earth side of the Sun but both of them are inactive. 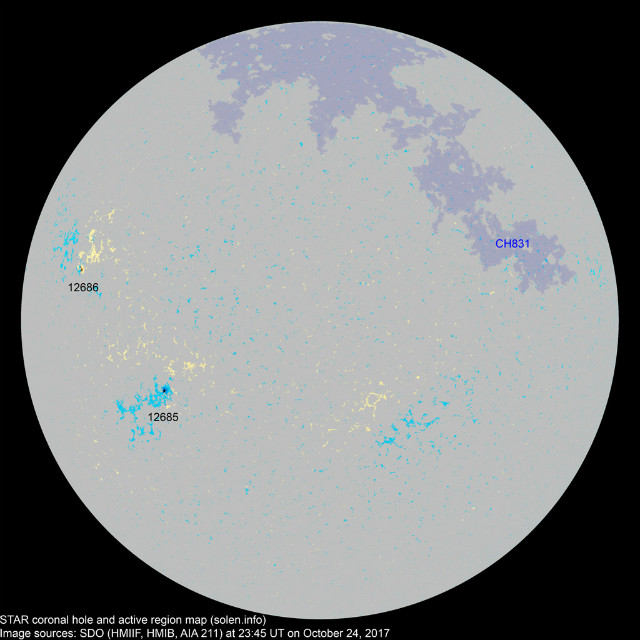 Solar activity is expected to remain at very low levels over the next three days, with a slight chance for C-class flares.