Unseasonably heavy rain is drenching Queensland, Australia this week, with some regions experiencing nearly four times their monthly average for the month of May in just one day. After a dry start to the year, this heavy and widespread rain is proving to be beneficial.

Towns along Queensland's coastline have been hit with record deluges as forecasters warn of potential flash flooding across the state, 9News reported.

The Whitsunday region has recorded some of the highest falls with Alva Beach recording 241 mm (9.5 inches) since Thursday morning.

Collinsville and Proserpine in the Whitsunday region both had their wettest May day on record, with downpours of 120 mm (4.7 inches) and 111 mm (4.4 inches), the Bureau of Meteorology said May 19. 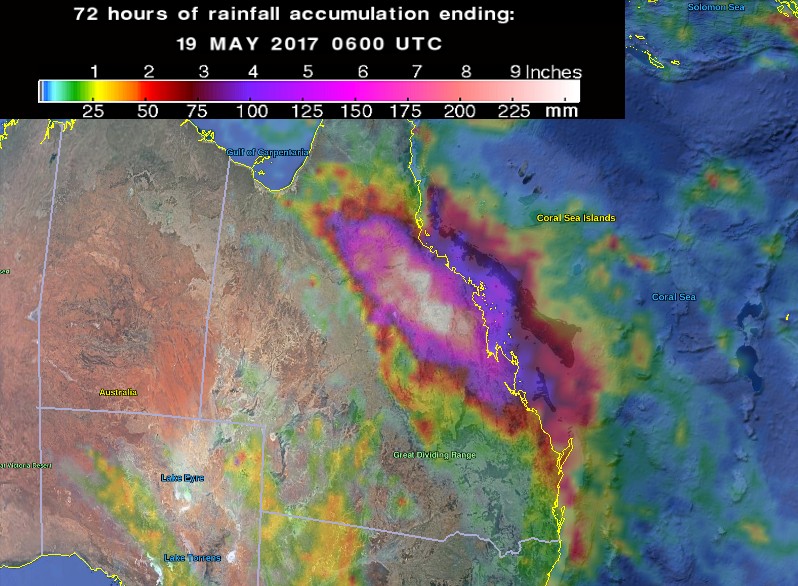 Areas around Townsville in north Queensland received around 124 mm (4.9 inches) of rain within 24 hours on May 18 – 19, nearly four times their monthly average. It was the region's wettest day in almost 100 years.

Meteorologists say the rain will be beneficial. After a dry start to the year, the region's water supplies are now looking healthier.