An unusually strong spring storm will move into California and spread across the rest of the western states through the weekend as the region enters a period of unsettled weather with a couple of strong cyclones. Heavy rains are expected and localized flash flooding is possible, snow at higher elevations will likely impair mountain travel, winds will be strong enough to down trees and power lines, causing power outages. Along the coast, substantial wave action is expected.

The precipitation currently associated with a Pacific front will be quickly followed by the arrival of plume of moisture ahead of a strong cyclone from the eastern Pacific, the National Weather Service warns.

"It appears that northern California will be impacted by a period of heavy rain tonight while the high elevations such as the Sierra Nevada will see heavy snow," NWS meteorologist Kwan-Yin Kong said in the Short Range Forecast Discussion issued 16:04 EDT (20:04 UTC), Thursday, April 6, 2017.

"Precipitation will continue to spread northeastward across the Pacific Northwest, the Great Basin, and much of the Intermountain West and into the northern Rockies through Friday. While much of the northwestern U.S. is still under the influence of precipitation from this cyclone, another low pressure system is forecast to move into northern California Friday night with a renewed around of heavy precipitation, which is expected to penetrate further inland during the weekend." 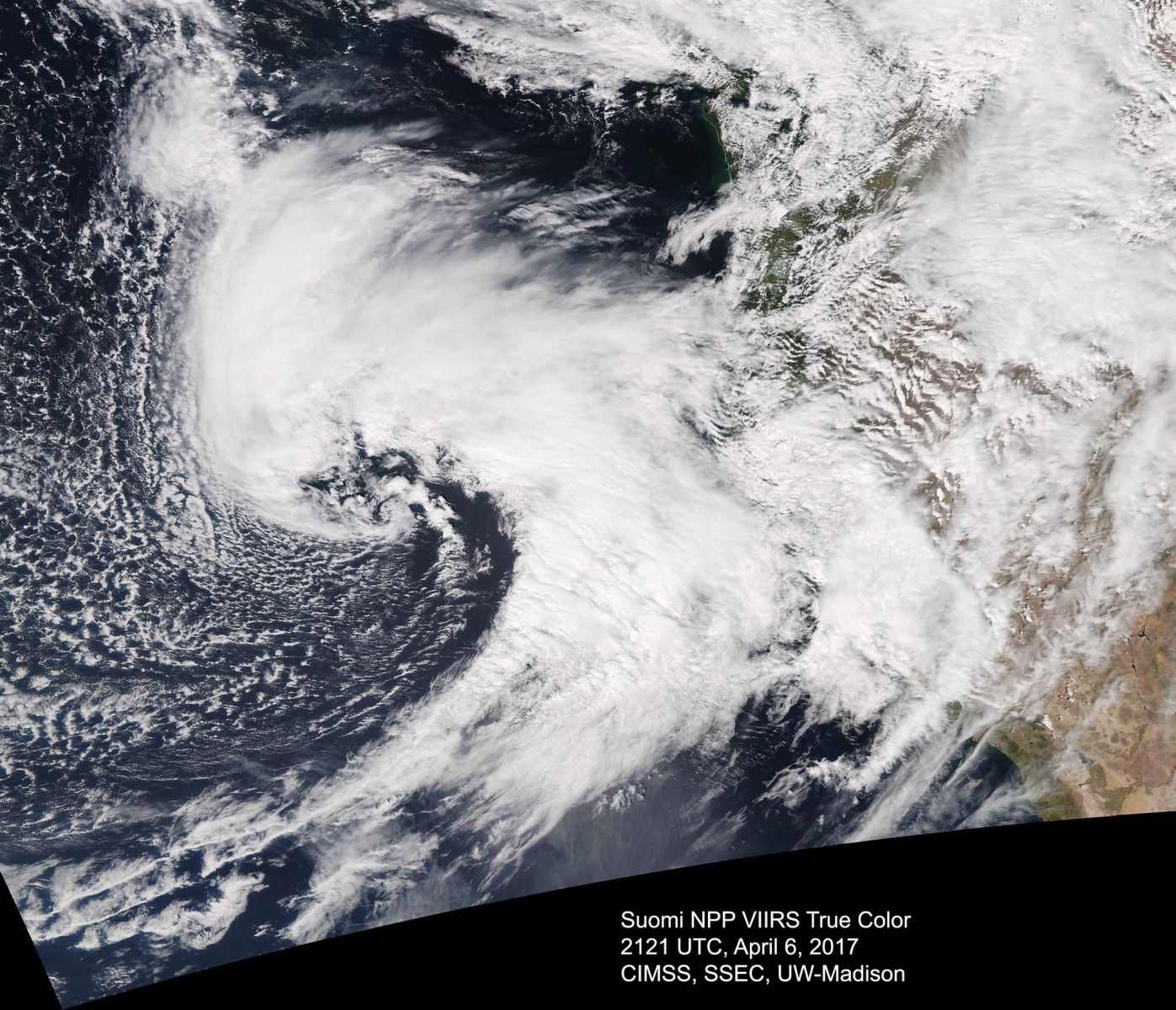 "The Oregon coast will get hit particularly hard, with gusts reaching 50 – 70 mph [80 – 112 km/h]. The latest European Center model forecast for 11 AM (below), shows a large low center due east of Astoria with a central pressure of 973 hPa (or mb). This is extraordinary low pressure for April and a rare event. Gusts are shown in color and reach 60 – 70 knots [69 – 80 mph / 111 – 129 km/h] along the Oregon/southern WA coast. This means power outages along the coast," UW Atmospheric Sciences Professor Cliff Mass writes. 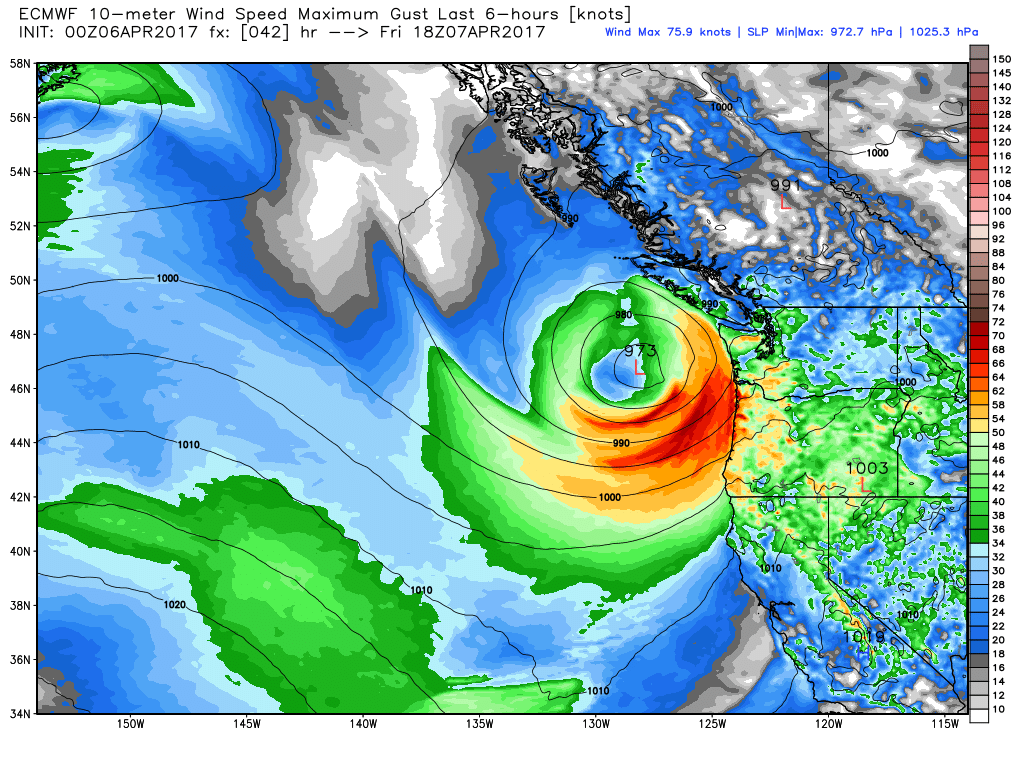 "For the storm center, the standardized anomaly peaks at about 5.9 (or 5.9 sigma)….this is very large, signifying that such low pressure at the point would be expected only once in several million hours (assuming hourly data was used and the distribution was near normal). Bottom line: this is a unique, first time event," Mass writes.