The United Arab Emirates is currently under the influence of a deep low pressure associated with cold air mass which is causing unstable conditions throughout the country. Snow is falling in the country's north while the rest of the country is experiencing strong winds, sandstorms and scattered rain.

Local authorities are no longer allowing motorists and residents up Jebel Jais which is causing traffic jams, the Khaleej Times reported.

Snow fall in Jabel Jais & it's raining in Dubai .. pic.twitter.com/bKr7Jb4MhV

At the same time, wind gusts to 85 km/h (52.8 mph), sandstorms and scattered rain are reported in other parts of the country.

Strong winds and blowing sand are wreaking havoc across the country, toppling over a crane, trees and forcing the cancellation of a number of major events, The National reported. 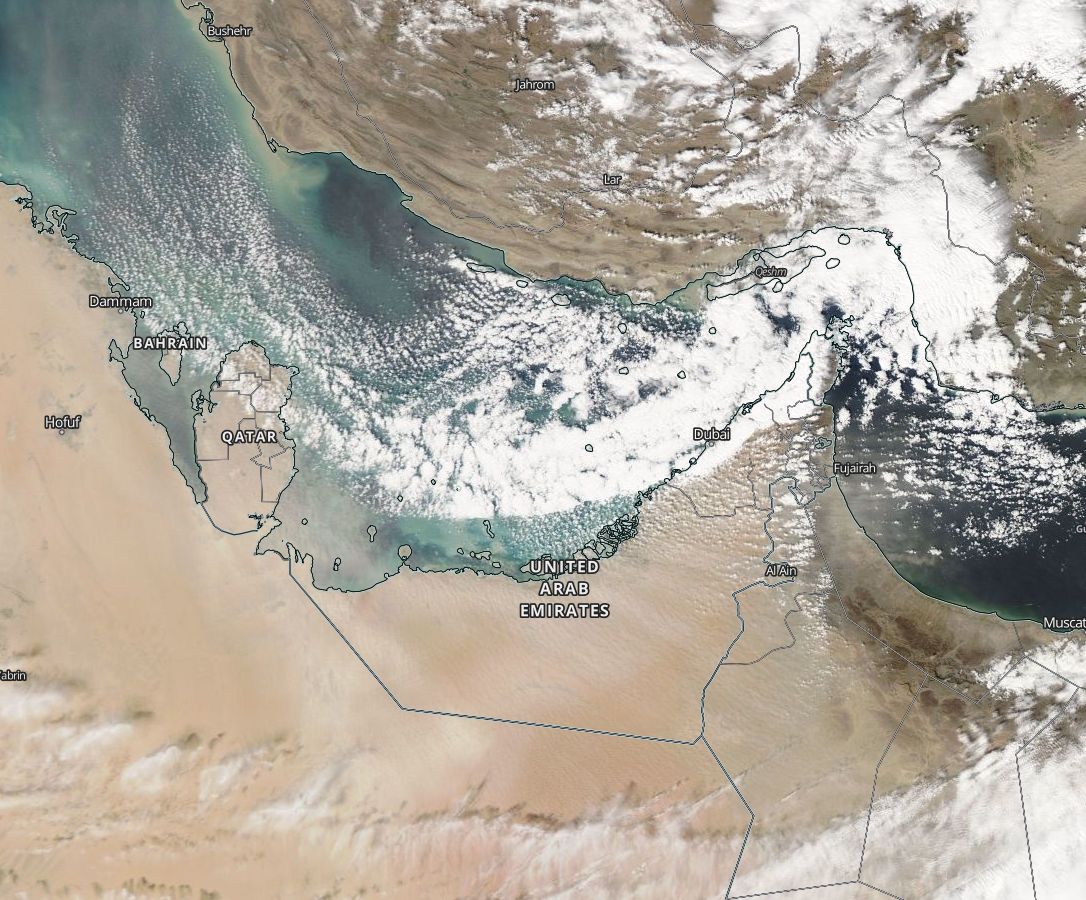 The crane crash occurred on Sheikh Zayed Road near the Crowne Plaza Dubai, injuring one person. Three cars erupted in flames as the crane fell, the Dubai Media Office said.

The Dubai Tour announced it would cancel the fourth stage of the international cycling race due to weather conditions. Dubai Police has also announced the closure of Global Village due to strong winds.

Early Friday, NCMS issued a warning to motorists across the country, particularly in the Dubai Al Maktoum International Airport area, to watch out for blowing sand and reduced visibility (less than 100 m / 328 feet) caused by strong northwesterly winds.

Rough and very rough sea conditions are expected in the Arabian Gulf and Oman Sea.

Unstable weather is expected to continue into the next week.