Alaskan Bogoslof volcano erupted again at about 22:20 UTC on January 18, 2017, following an approximately 20-minute-long increase in seismic activity. The cloud it ejected is presumably more ash-rich than others in current eruptive sequence.

A satellite image from 22:26 UTC, just after this event, showed a dark ash cloud just northeast of Bogoslof. This cloud was darker in color, and presumably more ash-rich, than others we have seen in the eruptive sequence, which began on December 16, 2016. This image also suggests the presence of very hot material (lava) at the surface immediately surrounding the vent – the first such observation during this eruption sequence. 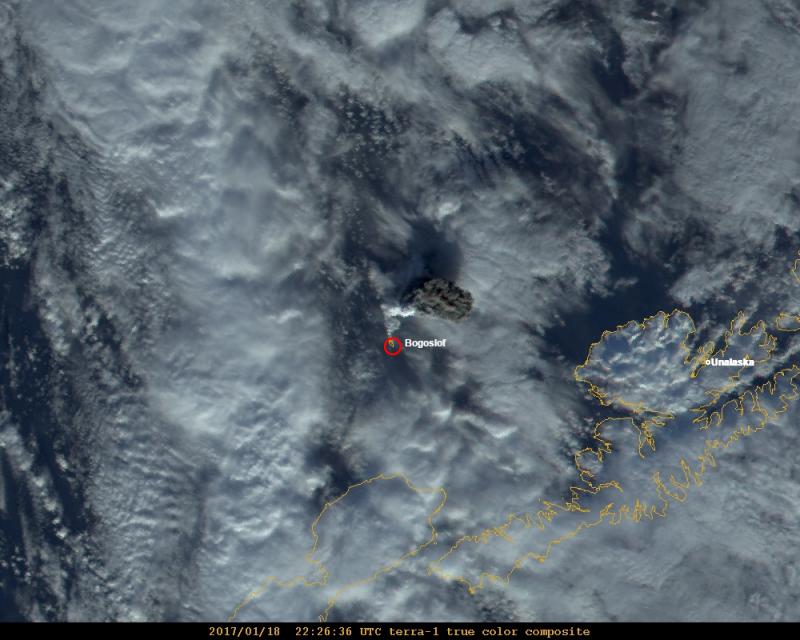 Following the initial explosive eruption, a second, lower-level volcanic cloud is visible in satellite images around 23:00 UTC, likely corresponding with an increase in seismic tremor that occurred from 22:40 – 22:55 UTC. This event was also detected on distant infrasound sensors but did not produce reported lightning. Seismicity remained elevated until 00:45 on January 19, but no additional eruption clouds have been observed. 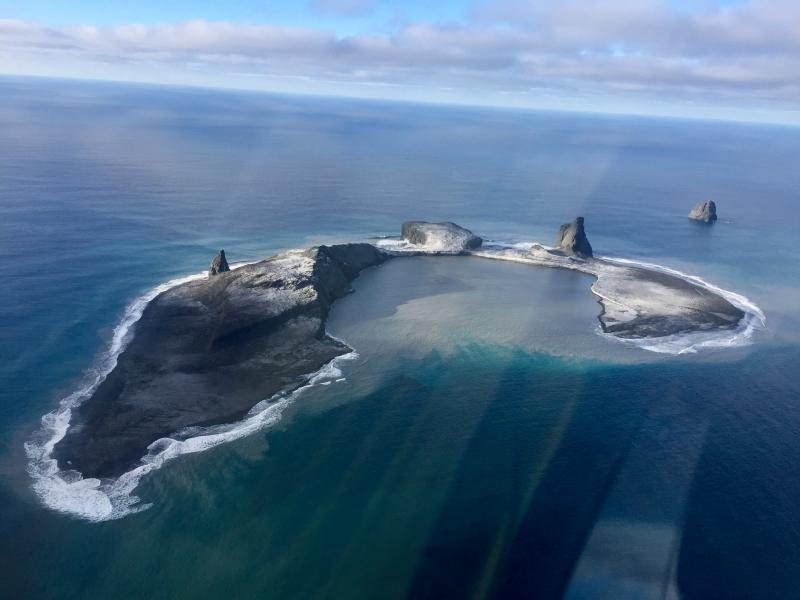