Up to 30 people are missing after a massive avalanche buried Rigopiano hotel in the town of Farindola at the base of the Gran Sasso mountain range in Italy's Abruzzo region around 17:30 local time on Wednesday, January 18, 2017.

Central Italy was under a severe snowstorm, with parts receiving more than 3 m (10 feet) of snow in 72 hours, when a series of moderate to strong earthquakes hit the region on Wednesday morning. At least 4 strong earthquakes (M5+) were registered within several hours and it is believed that one of them triggered the avalanche. Farindola is located about 48 km (30 miles) SE of Amatrice, a town destroyed by a M6.2 earthquake on August 24, 2016, and 44 km (27.3 miles) SE of yesterday's M5.7. Of 299 people who died in that earthquake, 234 were located in Amatrice. 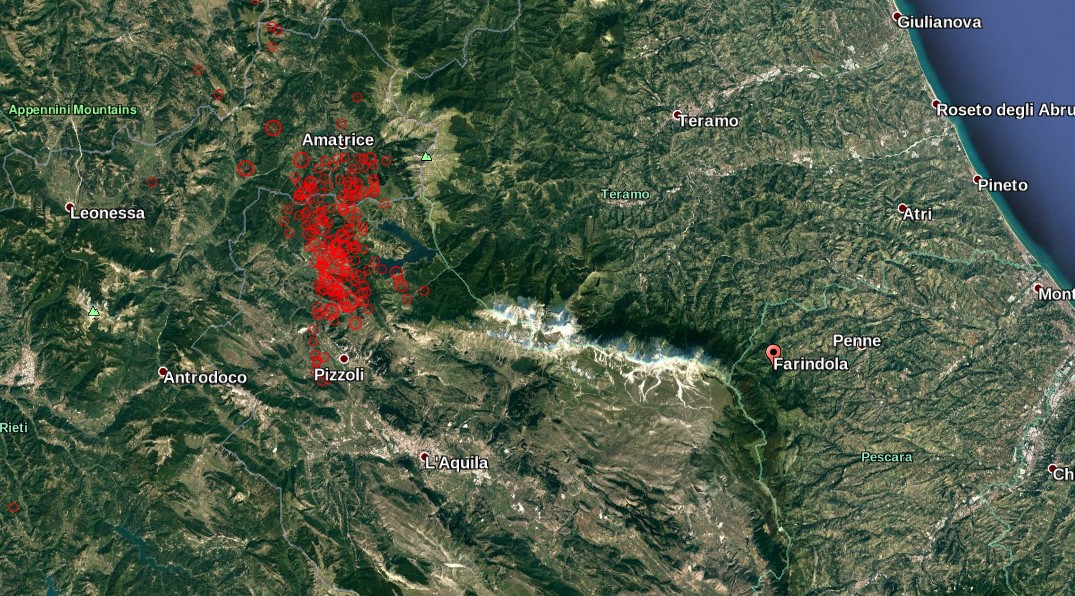 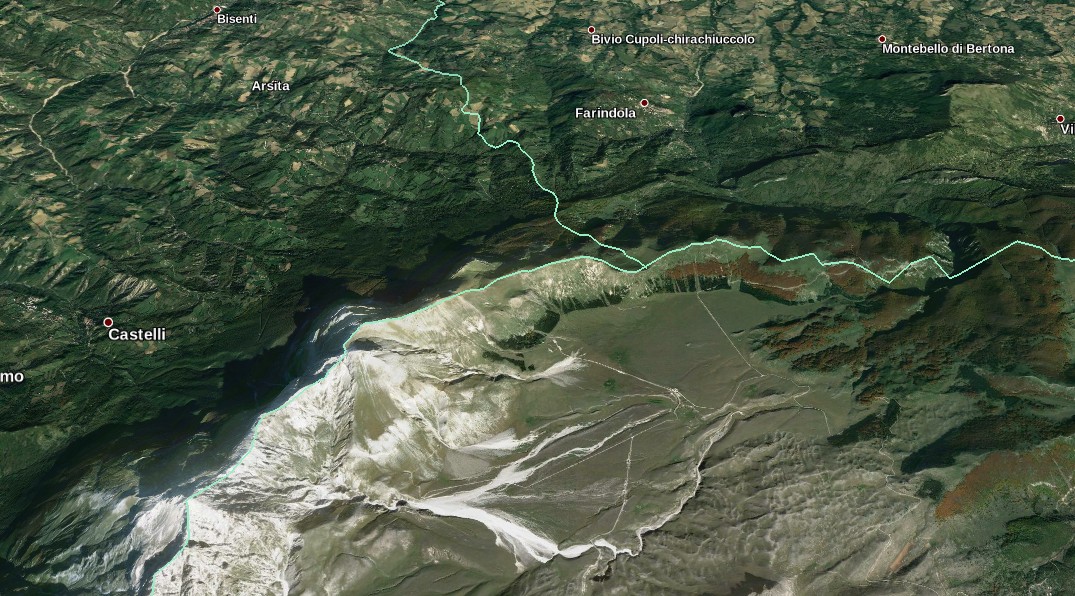 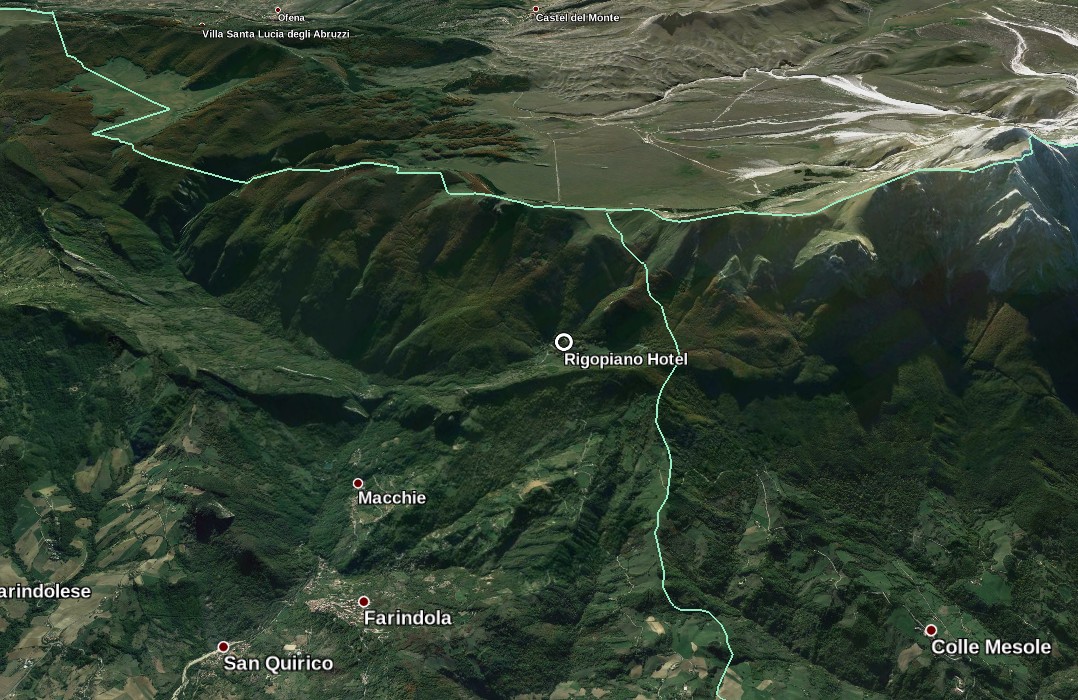 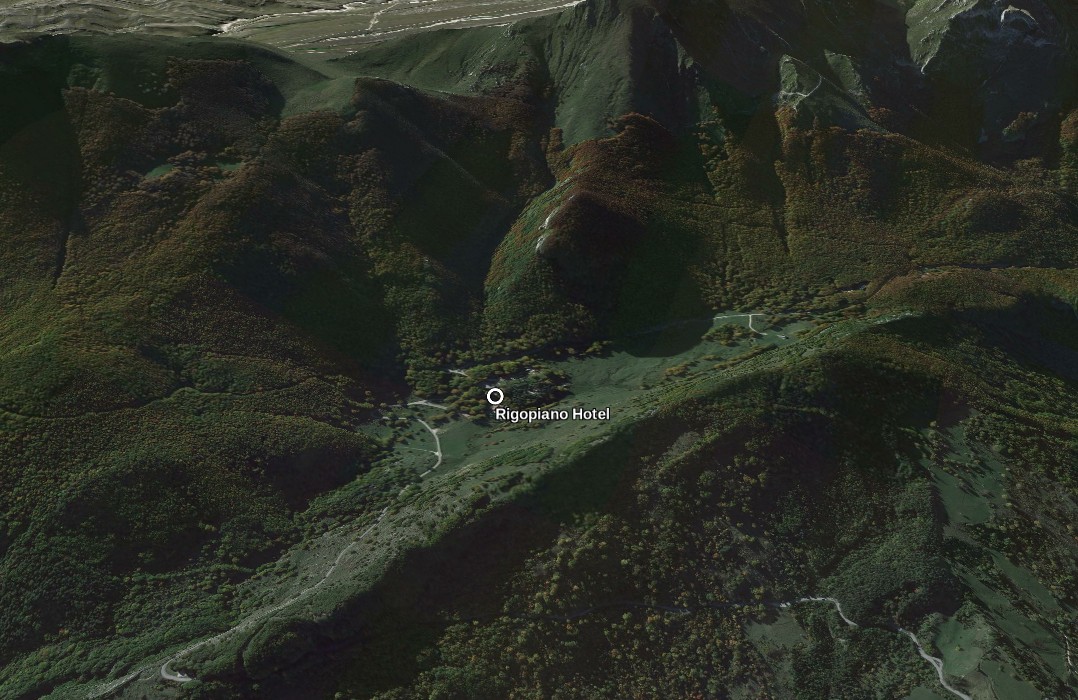 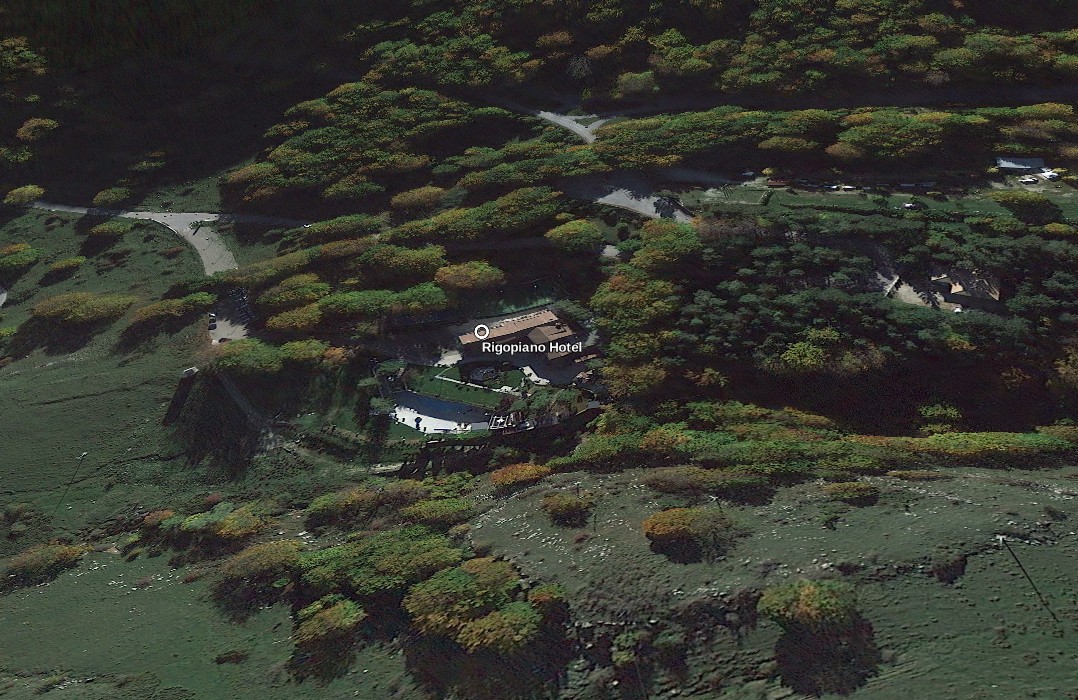 According to media reports, the avalanche collapsed parts of the four-storey hotel, which had 43 rooms, and pushed it some 10 m (30 feet) down the hill.

Reuters said the first rescuers managed to arrive at 03:30 UTC (04:30 local time) after they had to ski through a heavy snowstorm and up to 5 m (16 feet) of snow to reach the site.

"We haven't been able to do too much. The structure has collapsed. It's more like a pile of rubble than a hotel," said Antonio Crocetta, a member of the Alpine Rescue squad who was on the scene. "What is left of the hotel is in danger of collapse. The hotel is almost completely destroyed. We've called out but we've heard no replies, no voices. We're digging and looking for people," he told Reuters speaking by telephone.

They said the avalanche is immense and described the scene as apocalyptic.

According to Sky News, some of the people trapped in the hotel sent text messages to the emergency services and loved ones pleading for help.

Helicopters were sent in with the first light, said Luca Cari, spokesman for the national fire brigades.

More than 12 hours after an avalanche smashed into the hotel, only two survivors had been accounted for.

Fabrizio Curcio, head of Italy's civil protection department told media that around 30 people are unaccounted for.

One of the survivors, Giampaolo Parete, said doctors he escaped the avalanche because he left the hotel to fetch something from his car, but his wife and two children were still inside.

Ten survivors trapped in the wreckage of the hotel since Wednesday afternoon were found alive and rescued on Friday, January 20.

For RAI state television, rescue workers said the survivors' condition is remarkably good, and that they survived thanks to an air pocket in the kitchen. Among the survivors is a young girl.

Four people are confirmed to have died and about 20 remain missing.

The search and rescue operation has ended on January 26.

Post-mortem examinations on six victims found that most died from physical trauma when the structure collapsed, though some showed signs of hypothermia and asphyxiation, BBC reported.

A criminal investigation is under way. Some reports suggested the local prefect's office at Pescara had not taken seriously calls for help from the only two people who escaped the hotel.