Another round of severe winter weather wreaked havoc across parts of Europe over the past couple of days, claiming lives of at least 10 people.

A powerful blizzard hit the Czech Republic over the weekend, causing major disruption and leaving approximately 30 000 homes without power on February 3, 2019. Parts of the country received up to 20 cm (7.9 inches) of new snow and registered wind gusts of 145 km/h (90 mph). The storm downed trees and power lines, closed roads and highways and disrupted flights at Prague's Vaclav Havel international airport.

The snowstorm has also affected neighboring Germany on February 3, forcing organizers to cancel the World Cup skiing race at Garmisch-Partenkirchen.

On the same day, firefighters in northern Italy rescued a group of teenagers stuck at the mercy of the strong current of Cornia river. On February 2, some 200 people were rescued from their trapped vehicles after heavy snow hit A22 highway. 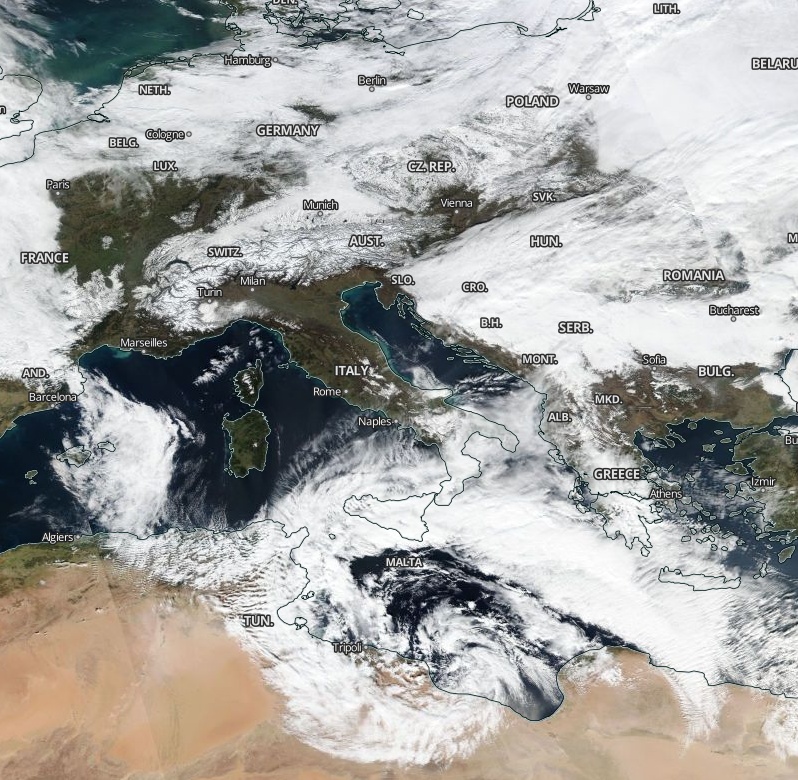 At least 10 people were killed in a series of avalanches across the Alps on February 2 and 3.

Iceland is also enduring dangerous windstorm today, with gusts up to 160 km/h (100 mph). The cyclone affecting the country gradually moved ENE across the northern Atlantic with a central pressure below 960 hPa. 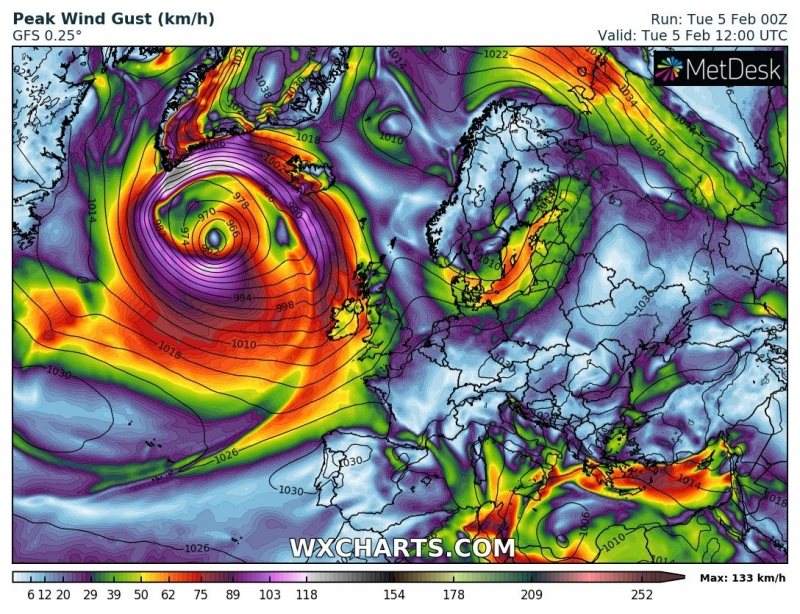 Another system is slowly drifting eastward across the Mediterranean Sea, dropping heavy rain on southern Italy and moving toward Greece where locally up to 250 mm (9.8 inches) of rain can be expected today and tomorrow, February 6.